Benny said: “They should have been here but they don’t enjoy doing this, all the media… As much as Bjorn does.”

Both women, Agnetha in particular, have increasingly maintained a much lower showbusiness profile than their former husbands.

After divorcing Benny in 1981 after 12 years together, Anni-Frid entered the ranks of the  European nobility when she married Prince Heinrich Ruzzo Reuss of Plauen in 1992. The couple lived in Switzerland at his family castle in Freiburg until his death in 1999 at just 49.

She remains the Princess Anni-Frid, Dowager Countess of Plauen, but has been living in Zermatt, Switzerland, with her new titled partner, Henry Smith, 5th Viscount Hambleden, since 2008. 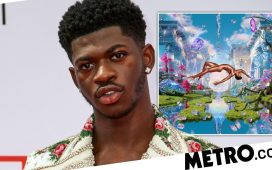