Why The Bachelor Presents: Listen to Your Heart Contestants Signed On, and Why You Should Too 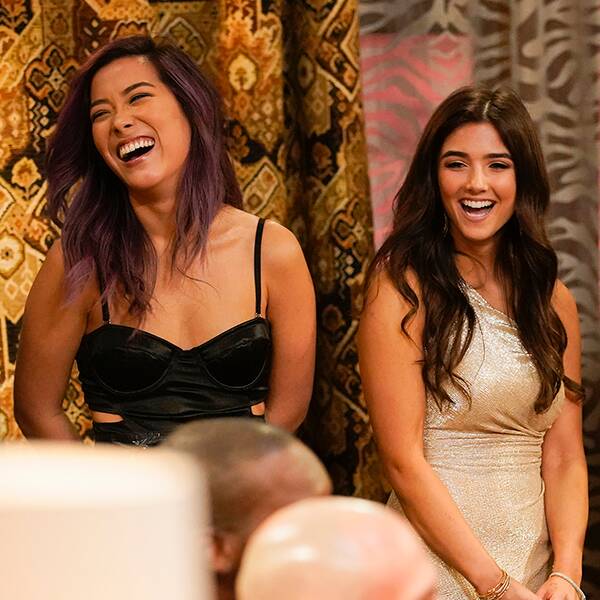 It’s called The Bachelor Presents: Listen to Your Heart, and while that’s a mouthful of a title that’s also a pain to type, we’re happy to report that the show is pretty delightful. Instead of Instagram models who all look the same and whose jobs are forgotten by episode two, this is a show filled with musicians who all actually look like humans. Sure, they’re all stunningly beautiful humans, but they’re stunningly beautiful in a much more attainable way. Plus, they actually have something in common besides wanting to be on a TV dating show—a novel idea, for sure.

It’s like Bachelor in Paradise mixed with last season of The Bachelorette, except there are way more women and all the musicians are actually good. Plus, we all know they’re there at least partly to help their music career, so nobody’s got to pretend about any “right reasons.” If all of this doesn’t sound like a fun twist on the Bachelor franchise to you, then we don’t know what to tell you. We had a grand ol’ time.

What we don’t quite understand yet is the format. It starts off similarly to Bachelor in Paradise, which occasionally sends people home during rose ceremonies before bringing in newbies, but Chris Harrison promised us that doesn’t last the whole season.

E! News talked to five of those contestants just hours before filming began and asked them what their impression of the show was that they had signed up for, and why they signed up. Now, just hours before the show premieres, you can read their answers! (More to come from these five in the coming days.)

I think that my idea of what it is is kind of developed I think when, when I when they first reached out to me. They’re like, we want to do something with music and dating, and I was like well that sounds interesting. It’s something I would watch. And I had never dated a musician before so I was like you know, this could be either really good, or really bad. Either way I think it’s going to be amazing for TV for sure, because yeah there’s this stigma. I’m from LA, and there’s people will tell you if you’re a musician, oh don’t don’t date another musician. It won’t work.

Anyways, all that being said, my first idea of the show it was just you know like basically like American Idol means like A Star is Born meets like The Bachelor and if that’s true, I think that’s incredible. I think it’s amazing.

The only information I got was my roommate was on Apple News and saw an article about it sent it to me, and I’m like, oh, great. I was asked by a casting director via Instagram if I would be interested in being on a show about musicians finding love. And I, to be quite candid with you, definitely just auditioned facetiously. I was just like, okay, let’s see what happens. And then I got asked for the other audition and I was like, maybe I should try for this, like maybe I should actually make a point to do something. And then it happened and I was like you know yeah I mean, my ultimate decision was based on like looking at it as a really great opportunity meeting new people, you know. Maybe finding love.

I mean, I feel like music already is something that brings people together. That’s why I got into music, that’s why I love music. And I think that’s such a special thing to share with someone and I’m looking for love, and the best, like literally my dream would be to have music as like you know, it’s kind of like one of my love languages to be able to share that with someone and like to find like a long term relationship with someone through music. I mean it’s not every day that you really get to do that.

I had kind of been pitched that it’s a dating show with musicians, a bunch of single people getting together and trying to create music and go on adventures together, go on dates together and ideally fall in love, make some music in the process. That’s kind of how was pitched to me. And I was like, beautiful women and music, those are two of my favorite thing so let’s roll.

They got us on the singer/songwriter thing of course, but throughout the interview processes I’ve kind of come to realize it’s kind of 50/50. It’s a 50/50 of like hey you’re like looking for love you’re looking to make authentic connections, but you’re also connecting through your music. And so I understand that there’s going to be opportunities to do our singer/songwriter things and perform music but also go on Bachelor-style dates, and I think I’m just looking for authentic connections and so whenever I was working with [casting] when they were interviewing me, I was really excited about the fact that I get to be surrounded by you know 20 plus musicians who are like-minded and you know whether I leave this experience with, like, a new best friend out of the deal or find the love of my life, I’m like I’m here to make those authentic connections. I’m just a people person so I’m like hell yeah let’s do this.

The Bachelor Presents: Listen to Your Heart premieres tonight at 8 p.m., and airs every Monday at 8 p.m. on ABC.