NewsGroove Uk
NewsGroove Uk > Music > Why does the UK automatically qualify for the Eurovision final? How the song contest’s finalists are selected
Music

Why does the UK automatically qualify for the Eurovision final? How the song contest’s finalists are selected 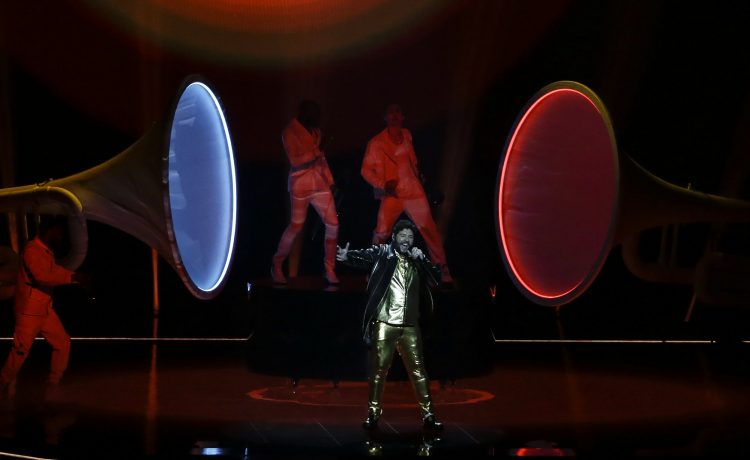 The Eurovision 2021 final is this weekend, following two semi-finals to establish the acts competing on the big night.

However, some nations get a free pass straight to the main event, with the UK among the chosen few – good news for this year’s performer James Newman.

Here’s why the UK gets to bypass the semi-finals, the other nations with automatic qualification and the finalists we know so far this year.

Why does the UK automatically qualify?

The UK automatically qualifies for the final of Eurovision because it is one of the song contest’s “big five” nations, alongside Italy, Germany, France and Spain.

These countries bypass the semi-final stage alongside the host nation’s act, meaning the Netherlands gets the sixth slot this year.

Given the UK’s performances in recent years, you would be correct in assuming this is not based on competitive prowess.

Instead, the status is bestowed due to the countries making the biggest financial contributions to the European Broadcasting Union (EBU), which organises Eurovision.

The system began as a “big four” in 2000, but was expanded to include Italy when it returned to the contest in 2011 after a 14-year absence.

Currently the Eurovision final is capped at 26 entries, with the other 20 coming from the two semi-finals.

If one of the “big five” wins the contest, the following year’s final would have 25 performers, rather than an extra spot becoming available in the semi-finals. This last happened when Germany hosted in 2011.

READ  The Killers' Brandon Flowers speaks out on Woodstock 50 line-up controversy: 'They've got all the bases covered'

Who are the finalists so far?

The entries for the “big five” and host nation are as follows:

The performers through to the final following the first semi-final are:

When is the Eurovision 2021 final?

The Eurovision 2021 final is being held on Saturday 22 May, with the action kicking off at 8pm and finishing at 11.45pm.

This year’s Eurovision is taking place at the Ahoy Arena in Rotterdam.

As always, the BBC is broadcasting the 2021 Eurovision Song Contest throughout the week, with coverage of the two semi-finals and the grand final.

Graham Norton will once more take the reins for the coverage of the main event, no doubt adding to his collection of acerbic quips and put-downs.