NewsGroove Uk
NewsGroove Uk > Movies > Why does no one talk about how weird Stuart Little is?
Movies

Why does no one talk about how weird Stuart Little is? 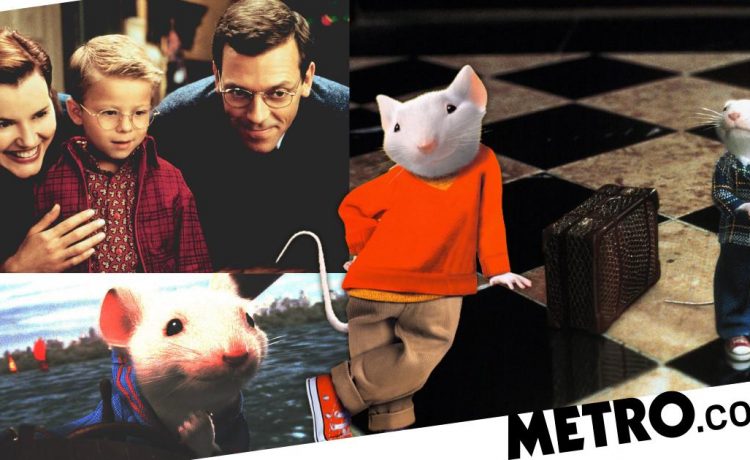 The time between Christmas and New Year means the TV guide is chocked full of festive films and childhood classics, including Matilda and Mrs Doubtfire, and there is no denying that Stuart Little has commanded a place alongside them all over the years.

Viewers are clearly enamoured by the mini cartoon mouse, voiced by Michael J Fox, with the 1999 flick spawning two popular sequels. But, as we enter 2021, I’ve decided the New Year means it’s finally time we discuss how weird, bizarre and truly bats**t the movie clearly is, and hopefully leave it in the past.

Things kick off with Eleanor and Frederick Little (Geena Davis and Hugh Laurie) heading off to an orphanage to expand their family, with (human) son George, played by Jonathan Lipnicki, excitably begging his parents for a little brother. So far, so normal. But things hit a snag seconds later as they meet suited-and-booted Stuart at said orphanage, who gives them the lowdown on all the other kids.

For some unknown reason – seriously, I’ve watched this film countless times and still couldn’t tell you why – they decide to ignore all the other in-need (human) children and adopt this talking mouse instead of running screaming from the place and calling for the health department to shut it down.

I know it’s a film aimed at children, and that we should suspend belief just a tad, but here is where my mind explodes with questions – why is Stuart not in a pet shop? How old is he meant to be? Why is he talking? Do all mice talk? Why is he so weirdly smug? How does he have better shoe game than me?

All things you’d think two responsible adults would take into account before inviting an actual rodent into their house, but not the Littles, who take him straight home as a surprise for their (human) son with absolutely no warning.

Side note: According to the book on which Stuart Little is based on, Geena Davis’ character actually gave birth to the mouse, but I don’t have the energy to go into that right now.

George reacts how I think we all would upon being told the younger sibling we were all so excited for is in fact a mouse in a suit, and runs off crying. Relatable. But this is a kids film so he soon comes around, and declares that Stuart ‘isn’t a mouse, he’s my brother’. Well he’s actually both, he doesn’t just magically stop being a mouse just because you decide you like him now. What are they feeding the Little family!?

The youngster wasn’t the the only member of the household who didn’t get the vermin memo, with Stuart coming up against pet cat Snowbell (voiced by Nathan Lane). Surely this should have been a major red flag for the adoption agency, who should have checked whether there is anything in the house that could harm the mouse before signing off? And why has no one wondered why Snowbell doesn’t speak to humans, but Stuart does? Justice for Snowbell, to be honest.

There is a hugely wild twist where Stuart’s ‘mice parents’ turn up at his door to take him home, just as he settles into life with the humans. Now, I’m not an expert on the adoption process but surely this isn’t legal? They can’t just rock up at his new home, knock on the door and claim him back. Why couldn’t they all just stay at the Little house? Why did no one suggest any of this before letting them hail a (human) taxi? I know we’re watching a film about a talking mouse being adopted into a human family, but at least make it make sense…

Things take a turn when he realises that the two random mice aren’t actually his biological parents, who actually died in a soup can related accident at a supermarket, but instead the whole thing is a ploy from Snowbell and his cat pals to get rid. Not that we blame Snowy. So what does he do? Drive across New York back to his home, despite not knowing the way. Of course, of all the cats in one of the biggest cities in the world, he comes across those very felines desperate to kill him, leading to a rollercoaster chase around Central Park in which he still manages to stay impeccably dressed.

Another sugary speech seems to work on Snowbell, who instantly switches sides and helps the mouse defeat all the cats in New York, before they both rush home to join the Littles once more, with rodents, felines and humans living happily under one roof just in time for the credits to roll.

I am all for films that you have to ignore real life for, and they have been my saving grace in 2020. Robin Williams dressing up as an old woman to look after his children? I love it. Macaulay Culkin defeating two burglars, armed with feathers and baubles? Count me in. Bruce Willis single-handedly taking on an entire team of terrorists holding an office hostage? Inject it into my veins. But a family adopting a smug talking mouse is probably where I draw the line, and hopefully 2021 is the year others follow suit.


MORE : The best films to watch on Netflix in January 2021


MORE : What’s on Sky in January 2021? From A Discovery of Witches to NCIS and new films