History has influenced countless video games over the years. In fact, many of the most beloved video games of all time are based on historical events

Whether gamers are storming Normandy’s beaches in Medal of Honor: Allied Assault or reimagining the Crusades is Medieval: Total War, history’s impact on video games is undeniable. Although video games aren’t always historically accurate, many give players valuable insight into some of the most interesting events throughout history. Whether critics like it or not, video games can teach gamers more about history than most people want to admit.

Video games have been turning to historical events for inspiration since the very beginning. Early titles like The Oregon Trail tried to capture pioneer life’s realities while relaying historical information to its players. These games are commonly used in schools to give students a fun way of learning some of the more tedious parts of U.S. history. Most were educational tools disguise as video games more than forms of amusement. As technology progressed, historical games started becoming more fun to play, causing them to evolve into an entertainment medium rather than a form of educational software.

Related: Call of Duty Would Be Nothing Without Medal of Honor

By the 1990s, video games begin integrating into mainstream culture, with video game consoles becoming staples in homes across America. Some people wanted to take advantage of their ever-growing popularity by making historically accurate video games that were as educational as they were fun to play.

1999’s Medal of Honor became the first successful FPS based on historical events. Legendary movie director Stephen Spielberg came up with the game after working on his Oscar-winning WWII film Saving Private Ryan. Spielberg wanted to educate gamers about the atrocities of WWII while giving them an entertaining gaming experience. After working with real military general and WWII historians, Medal of Honor was released to critical and commercial acclaim. The game became one of the most successful first-person shooters of all time and paved the way for most of the realistic FPS titles gamers still enjoy today.

Related: Why Shadow of the Colossus Is STILL Important, 15 Years Later

Various real-time strategy games like Age of Empires and Rome: Total War also teach gamers about historical events in an amusing fashion. The recently released Age of Empires III: Definitive Edition has a historical battle mode where players can lead armies in some of the biggest wars the world has ever seen. Age of Empires, along with many other RTS franchises, has always focused on historical civilizations that helped shape the modern world. Although players can put their own unique spin on historical battles, they can still learn about factual events that have made the world what it is today.

Assassin’s Creed is arguably the most popular video game franchise to rely on world history. The series might be a work of fiction, but many elements are historically accurate. The franchise does a great job depicting each city in a way that stays true to its real-world counterpart. Most of the landmarks featured in Assassin’s Creed are replicas of historical buildings from specific time periods. Some games even give players a brief synopsis of each landmark and how it played an important role throughout history. While Assassins Creed isn’t the most historically accurate franchise in the world, gamers can still learn a thing or two about history just by exploring its vast open world.

History and video games go together more than people might think. The brutal wars and epic revolts that have helped shaped the world have also influenced some of the greatest video games of all time. While most games take some liberties to make their gameplay more appealing, many still educate players on historical events without bogging them down with monotonous information. Maybe people would think twice before disregarding video games as mindless entertainment if they realized just how historically accurate some titles truly are.

Zack Millsap is an entertainment writer based out of Dallas, Texas. He graduated from Texas State University with a Degree in English in 2017. Zack is also an avid retro video game and movie collector. When Zack isn’t writing, you can find him either boxing, gaming, or attending concerts.

READ  "Pixel Therapy" is a new podcast about marginalized people using video games to help their mental health - Boing Boing
Share on FacebookShare on TwitterShare on PinterestShare on Reddit
newsgrooveOctober 26, 2020

These 2020 videogames are all up for awards – EsquireMe

Mental wellbeing can be improved by video games. Let’s quit seeing them as the joy of remorse. – News Talk 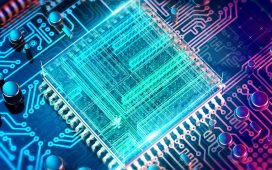 These 2020 videogames are all up for awards – EsquireMe

‘Locked down and locked in’: the pandemic plight of UK university students