NewsGroove Uk
NewsGroove Uk > Lifestyle > When will beer gardens reopen? Key dates, and how to find your nearest pub
Lifestyle

When will beer gardens reopen? Key dates, and how to find your nearest pub 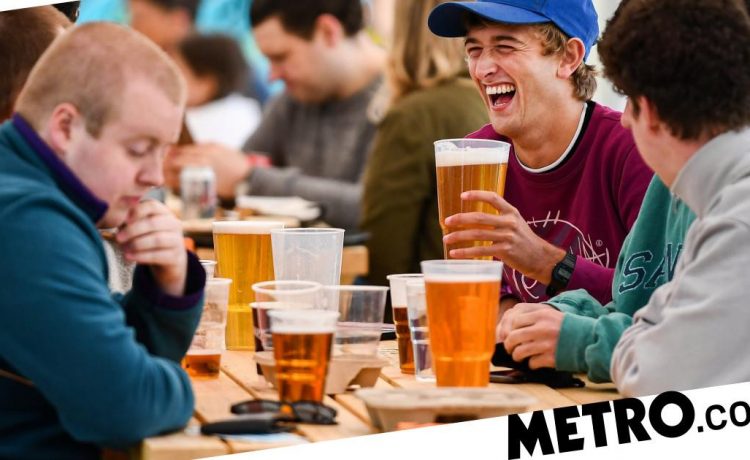 As temperatures continue to rise across the UK, many are looking forward to a cold pint at their local beer garden.

Boris Johnson’s roadmap out of lockdown will allow England to slowly ease out of the current restrictions that have been in place since early January.

As part of the Prime Minister’s plan to lift lockdown across England, he announced when hospitality would be able to reopen later this year, starting with outdoor spaces such as beer gardens.

Here are the dates you need to mark in your calendar.

When will beer gardens open again?

Hospitality venues will only be allowed to cater to outdoor seating, as the country emerges from its third national lockdown. It means drinking in beer gardens should be a normal sight this summer.

Boris Johnson outlined the plan saying that ‘we will begin to reopen our pubs and restaurants outdoors and there will be no curfew. The scotch egg debate will be over, as there will be no requirement for alcohol to be served with a substantial meal’.

Recent reports suggest that restaurants, bars, and cafes without beer gardens can also serve from April 12, as they may be able to turn outdoor spaces – such as car parks – into makeshift drinking and dining areas.

The rule of six or a maximum of two households will apply, and customers will need to be seated when ordering food or drink.

The roadmap out of lockdown has already started with some restrictions already being lifted from March 29. Rules will continue to relax into April as long as the infection rates continue to fall.

The good news that pub gardens can re-open next month comes as desperate pub owners pleaded with the Government for more support to avoid them shutting down for good, and follows long-standing calls for clarity to help them plan.

Pubs, restaurants, and other hospitality venues have been battered throughout the pandemic, with various different rules in place as Covid-19 cases rose and fell.

During England’s three lockdowns, pubs were forced to close but there was some allowance for ‘takeaway pints’ and other measures, including furlough for workers.

Rules were different across the various nations of the UK during the crisis, while in England alone, punters previously had to navigate changing restrictions ranging from the ‘rule of 6’ to being allowed to gather in groups of up to 30.

There was also an unpopular 10pm curfew and a rule that forced drinkers to have a ‘substantial meal’ to buy alcohol – which led to a bizarre debate about whether scotch eggs counted as ‘substantial’.

Mr Johnson’s new roadmap out of lockdown will give some hope to publicans that business can start to return to normal in the coming months, but many fear it will now be ‘survival of the fittest’.

In Scotland, beer gardens are set to reopen from April 26, while Wales and Northern Ireland are yet to put official dates on when pubs can reopen with outdoor serving.

How to find your nearest beer garden

Thousands of pubs up and down the country are preparing to reopen their doors and many are now taking bookings – but which pubs have beer gardens in your local area?

Website DesignMyNight has a specific feature that allows people to see which pubs have beer gardens.

Simply put in your location and then filter the results to focus only on outside areas.

Alternatively, a new app called Boozr is available to download that helps people see which local venues are opening their beer gardens from April 12.

The Boozr app features 700,000 venues worldwide and is aimed at people who can’t wait to ‘do their socialising in real life’.

There is also a ‘check in’ feature so that people can find new or existing friends on the app by seeing who else has checked in to their local that night.

How to find a beer garden near you in London

Boozr and DesignMyNight will both give you the information you need as mentioned above as they aim to help pubgoers get back into the swing of things.

DesignMyNight has created a dedicated section for London which also provides a list of what venues are taking bookings and the best reopening parties to attend.

Alternatively, one user has created a handy guide of pubs in London with outdoor heaters using Google Maps.

The diligent creators of the Google map have pinned venues across the city – simply find your nearest on the map.

Hopefully we don’t need the heaters this summer, but you never can tell with the great British summer…


MORE : Pubs with no beer gardens may still open on April 12 thanks to loophole