NewsGroove Uk
NewsGroove Uk > Politics > What’s the latest Boris Johnson news, what was in the recording with his girlfriend Carrie Symonds and what is his stance on Brexit?
Politics

What’s the latest Boris Johnson news, what was in the recording with his girlfriend Carrie Symonds and what is his stance on Brexit? 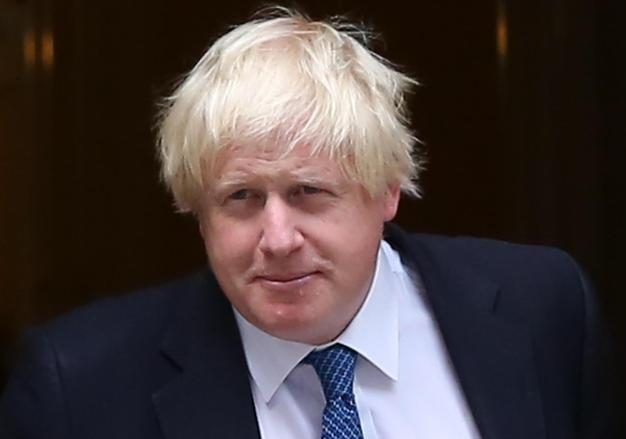 BORIS Johnson is currently the frontrunner in the race to No10 as he and Jeremy Hunt battle for the country’s top job.

He was previously the Mayor of London and Foreign Secretary and currently stands as the MP for Uxbridge and South Ruislip. Here’s how Boris rose to the top of British politics.

What was in the recording with his girlfriend Carrie Symonds?

In June 2019 cops were called to the home Carrie Symonds shares with boyfriend Boris in South London.

A neighbour is said to have made a 999 call to the police after hearing shouting coming from the flat in south London.

The Guardian claimed a neighbour taped the row and that Carrie was allegedly heard telling the Tory leadership candidate to “get off me” and “get out of my flat”.

A neighbour who heard screaming, shouting and plate-smashing just after midnight called 999 over fears for Carrie, 31 and made a recording.

In the recording, Johnson can allegedly be heard refusing to leave the flat and telling his girlfriend to “get off my f***ing laptop” before a loud crash is heard.

The neighbour said: “There was a smashing sound of what sounded like plates.

“There were a couple of very loud screams that I’m certain were Carrie and she was shouting to ‘get out’ a lot.

“My wife, who was in bed half asleep, had heard a loud bang and the house shook.”

Nursery worker Fatima, 32, lives next door to the couple with her four-year-old son.

She said: “I heard a lot of noise, mostly screaming and shouting. It lasted about ten minutes.

“I was watching something on TV, I had to mute it. I’ve never heard anything like it before.

“I heard three or four glass objects being thrown while she was shouting.

“He had a much calmer voice and was telling her to calm down, but she was still chucking things about.

“She sounded very angry, shouting and swearing. It did cross my mind to call the police but then they turned up and I was reassured.

“I saw one police car and a van, they stayed about ten minutes and left. Then it was all quiet for the rest of the night.”

What is Boris Johnson’s stance on Brexit?

Brexiteer Boris Johnson has repeated his determination to deliver Brexit by Halloween.

The Tory leadership candidate appeared to deliver a retort to his Prime Minister rival, Jeremy Hunt, as he vowed “we are not going to bottle it” on the EU exit date of October 31.

That means leaving without a deal and to trade with the bloc under World Trade Organisation rules.

What does he like to do in his spare time?

Johnson revealed he likes to make models of buses and paints in his spare time as a way to unwind from the stressful world of politics.

The 55-year-old gave the glimpse into his personal life this morning, as he continued to bat away more questions on the row which saw cops race to his house on Friday morning.

He told talkRADIO’s Ross Kempsell: “I like to paint. I make things. I make models.

“I make models of buses. I get old wooden crates and I paint them, and they have to contain two wine bottles.

“And it will have a dividing thing. And I turn it into a bus and I put passengers… you really want to know this?

“I paint the passengers enjoying themselves. On a wonderful bus.

“Low carbon of a kind that we brought to the streets of London that reduces CO2, reduces Nitrous Oxide, reducing pollution.”

How old is Boris Johnson, who is he married to and is he getting divorced?

Known to the nation as BoJo, he married barrister Marina Wheeler in 1993 and the couple went on to have four children together.

The Sun exclusively revealed how their marriage was on the brink of collapse after Marina accused her husband of cheating on her.

On September 7, 2018, it was confirmed that the pair would divorce after 25 years of marriage.

Marina had thrown him out twice before — first in 2004 over his four-year affair with writer Petronella Wyatt, and then again in 2010 when he was suspected of having a lovechild with art consultant Helen ­Macintyre.

He is now in a relationship with Carrie Symonds – the former Conservatives’ director of communications.

The 31-year-old PR expert turned environmental campaigner has been linked to Boris since the split with his wife became public.

They are now living together in his South London home – and could move into Number 10 Downing Street with him if he becomes PM.

He may wed for a third time in office – and would be the first British PM to do so.

In 1987 Boris wed Allegra Mostyn-Owen, the daughter of the art historian William Mostyn-Owen and the Italian writer Gaia Servadio. The marriage was dissolved in 1993.

He met Marina, the daughter of journalist and broadcaster Sir Charles Wheeler, while the pair were at the European School of Brussels.

Boris also has a daughter with art consultant Helen Macintyre.

What has former mistress Petronella Wyatt said about Boris’ character?

BoJo’s former mistress Petronella Wyatt has claimed he is a “loner” who has once moaned that “men should not be confined to one woman”.

She has previously written about how the larger-than-life ladies’ man is “inordinately proud of his Turkish ancestry” and claimed his “views on matters such as monogamy are decidedly Eastern”.

During their illicit affair, the author claims the MP said: “I find it genuinely unreasonable that men should be confined to one woman.”

She said: “Like many loners, he has a compensating need to be liked.”

Petronella added that Boris will do “anything to avoid an argument” which often results in him lying to his loved ones.

Despite his inordinate success with women, she claims Boris is not vain and “regards himself as rather ugly” relying on his charm to seduce the opposite sex.

What is Boris Johnson’s constituency?

Boris returned to Parliament in 2015 after serving as the Mayor of London for eight years.

He ran as the Conservative candidate in Uxbridge and South Ruislip in the 2015 General Election.

He was a leading force in the Leave campaign in the EU referendum in 2016.

After Prime Minister David Cameron resigned, Boris was expected to run for leader but after being betrayed by Michael Gove he dropped out of the race.

In the 2017 General Election, Mr Johnson retained his seat in Uxbridge and South Ruislip but his majority was slashed in half.

Why did Boris Johnson resign as Foreign Secretary?

Boris quit as Foreign Secretary on July 9 in a bitter blow to Theresa May’s government.

He walked out just hours after she lost Brexit Secretary David Davis over plans to force through a soft Brexit.

The pair, both passionate Brexit supporters, walked out in the wake of the PM’s Chequers agreement.

Since leaving Cabinet, the former journalist has regularly spoken out against the PM’s Brexit plans and is widely speculated to be considering challenging her for the Tory leadership.

What did he say about burkas?

Writing in the Daily Telegraph, Boris said the cover-all garment was “oppressive” – but added that Denmark had got it wrong to bring in a ban.

He wrote: “If you say that it is weird and bullying to expect women to cover their faces, then I totally agree.

“I would go further and say that it is absolutely ridiculous that people should choose to go around looking like letter boxes.”

And he added that “a female student turned up at school or at a university lecture looking like a bank robber” he would ask her to remove it to speak to her.

He was backed by a leading imam, who said in a letter to The Times that face veils pose security risks and subjugate women, and Mr Johnson had not gone far enough.

Comedian and free speech champion Rowan Atkinson also backed Mr Johnson, saying in a letter to The Times: “All jokes about religion cause offence, so it’s pointless apologising for them.”

A poll by Sky News found most Brits did not think what Mr Johnson said was racist, and Met chief Cressida Dick said the comment did not constitute a hate crime.

What did Boris say about Theresa May’s Brexit plan?

BoJo claimed the PM’s Brexit plan would wrap Britain in a “suicide vest” and give the detonator to Brussels.

But Tory rising star and former Army officer Tom Tugendhat, who served in Iraq and Afghanistan, demanded Boris “grow up”.

He said: “A suicide bomber murdered many in the courtyard of my office in Helmand. The carnage was disgusting — limbs and flesh hanging from trees and bushes.

“Comparing the PM to that isn’t funny.”

His comments have sparked a huge row within the Tory party as his allies fear he has undermined his own leadership plans with his outspoken views.

The former Foreign Secretary quit the Cabinet in protest at the PM’s Brexit proposals which she hammered out at Chequers earlier this year.

Who is Nazanin Zaghari-Ratcliffe and why is she in prison in Iran?

Who are Boris Johnson’s siblings?

Boris has two younger brothers and a younger sister.

Sister Rachel Johnson is a journalist and author who starred in Celebrity Big Brother in January 2018.

Brother Leo is a partner specialising in sustainability at accountancy firm PricewaterhouseCoopers, and Jo Johnson is Minister of State for Universities and Science and Conservative MP for Orpington.

They are the children of former MEP and environmental campaigner Stanley Johnson who starred in I’m A Celebrity in 2017 – and the painter Charlotte Johnson Wahl.