NewsGroove Uk
NewsGroove Uk > TV > What to Watch on HBO Max: ‘The Conjuring,’ ‘In the Heights’ and All the ‘Harry Potter’ Films
TV

Time will ultimately determine whether Warner Bros.’ 2021 strategy of releasing its biggest movies simultaneously to theaters and HBO Max was a good idea, but it’s certainly been a boon to those who currently prefer watching movies at home to going to theaters. (Long term, moviegoers getting used to staying home could be a big problem, of course.)

June is no exception, seeing the premiere of a new horror blockbuster and a musical that should have been one of the biggest movies of 2020, as well as the return of two of last year’s buzziest shows. For those wanting to travel back in time a bit, it also doubles as a fine showcase for one of the greatest screen comics ever.

Watch all of these shows and films for free with a subscription to HBO Max. An HBO Max subscription costs $14.99/month (in line with pricing for Netflix or the popular $13.99 Disney Bundle). See full HBO Max sign-up details here.

Peter Sellers had an uncanny ability to inhabit the skins of others, sometimes showcasing that ability across multiple roles in a single film. His talents were rarely put to use as well as in Stanley Kubrick’s Cold War dark comedy Dr. Strangelove or: How I Learned to Stop Worrying and Love the Bomb, a film whose vision of insanity and incompetence at the top levels of government hasn’t grown less timely over the years. In the Pink Panther films he made with director Blake Edwards, Sellers found endless possibilities for slapstick madness playing a not-that-gifted French detective. The first two — The Pink Panther, and A Shot in the Dark — are the best, but it’s not entirely diminishing returns from there (though you can skip Trail of the Pink Panther, a movie patched together from outtakes after Sellers’ death).

Adapting Stephen King’s sequel to The Shining was never going to be an easy task, but director Mike Flanagan (The Haunting of Hill House) makes a pretty good go of it with this film in which Ewan McGregor plays Dan Torrance, the grown-up child of the man driven mad by the Overlook Hotel in the original. After settling in a small town he befriends a girl named Abra (Kyliegh Curran) and tries to stop a cult of psychic vampires. Flanagan’s gifted at creating a mood of sustained creepiness, so this director’s cut is the way to go.

It’s baseball season, so what better time to remember one of its darkest moments: the 1919 Black Sox scandal in which gamblers convinced a handful of White Sox players to throw the world series? John Sayles’s star-packed film features everyone from John Cusack to Christopher Lloyd and takes a nuanced approach to the scandal, never letting the players off the hook while depicting the depths of the exploitative system in which they worked.

Like the James Bond movies, licensing deals tend to send the Harry Potter films traveling from service to service. Now they’re back on HBO Max, all of them, making them perfect marathon fare for a series of long rainy days.

A hit at 2020’s Sundance Film Festival that had the misfortune of hitting theaters in the middle of the pandemic, Miranda July’s third feature stars Evan Rachel Wood as the youngest member of a family of not-very-gifted scam artists. Gina Rodriguez co-stars as a bored, amused woman who temporarily joins the gang. The word “quirky” sells the movie short. July mixes absurd humor with moments of heightened emotions in her most approachable film. But, for want of a better word, it’s pretty quirky.

The Conjuring: The Devil Made Me Do It (Theaters and HBO Max, June 4)

Patrick Wilson and Vera Farmiga reprise their roles as real-life paranormal investigators Ed and Lorraine Warren in this follow-up to The Conjuring 2. Set partly in a courtroom where a man tries to use demonic possession as part of his defense, this is the third proper Conjuring film but far from the third in the ever-expanding Conjuring universe, which now includes branches dedicated to a killer doll, a ghostly nun, and other supernatural pests. Michael Chaves, who directed one such spin-off, The Curse of La Llorona, takes over the director’s chair from James Wan, though Wan has stayed on board as both producer and one of the story’s co-writers.

In the Heights (Theaters and HBO Max, June 11)

Speaking of alternate timelines, if global events had gone a different way we would have seen this adaptation of Lin-Manuel Miranda’s first hit musical last year, when it might have joined Steven Spielberg’s West Side Story in creating a musical revival. Instead we’ve had to wait a year for this tuneful slice-of-neighborhood-life look at New York’s Washington Heights neighborhood.

Crystal Moselle’s continuation of her hit indie film Skate Kitchen continues with a second season continuing the coming-of-age adventure of a bunch of female skaters living in New York. This six-episode second season is set in the just-recent past: the pandemic-stricken back half of 2020.

Picking up where it left off after airing the last episode of the first half of its first season in April (pandemic-era release schedules can be so confusing), this teen drama returns with three new episodes, then will roll out one or two episodes a week through July 8th. 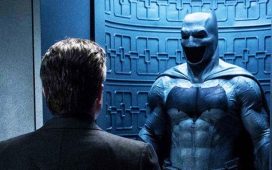 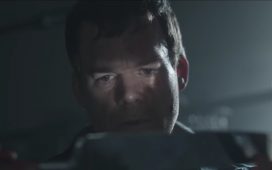 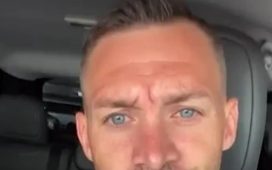 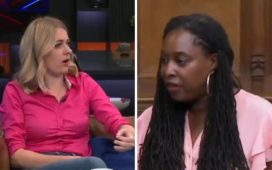 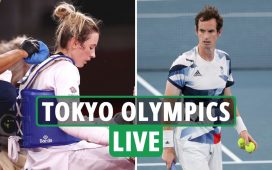