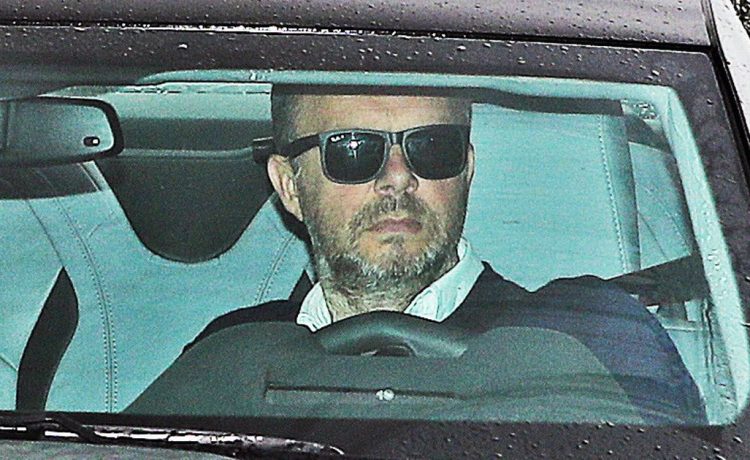 Pep Guardiola has been defending his work at Manchester City despite the club racking up 19 straight wins.

The Premier League leaders are storming to a third title in four years and still harbour hopes of winning the quadruple.

This week though, as they made light work of Borussia Monchengladbach, the City boss was having to discuss his side’s heavy investment.

And when I say heavy I mean £550m in Guardiola’s five seasons as manager.

He was quizzed today on whether he felt other clubs were subjected to City’s criticism and he said:  “That’s come for us. I would say, we were not there, in the last 30 or 40 years playing with elite clubs.

“When United won it was because they spent more money than the other ones the same with Barcelona and Madrid.

“I don’t feel we are much different to the top elite clubs in the world in those terms but we have to accept it and do the best job we can.”

It is easy to degrade his achievements due to the financial backing he’s had, but when you consider the fortunes of those on the other side of Manchester your perception shifts.

Yes City have spent £550m since Guardiola’s arrival, but in the same time span Manchester United have spent just shy of £500m.

So effectively the Red Devils are a Rodri or a Joao Cancelo short of matching their rivals’ spend.

Would either of those two players turn this United side into title contenders? You’d have to say probably not.

That there underlines the balance that is needed between having money and spending it well.

The two are not as easy to combine as City would have you believe.

Guardiola’s most expensive signing is the £61m they spent on Ruben Dias in the summer – money certainly well spent.

United meanwhile have spent more than that on Romelu Lukaku, Harry Maguire and Paul Pogba.

They also have three trophies compared with City’s eight and no meaningful league campaign of note.

In fact their best effort was second in 2018 – and even then they finished 18 points behind Guardiola’s men.

The trophy cabinet would give you a simple one word answer to this: no.

There have been impressive signings in isolation, but the club’s recruitment has lacked a vision.

Nobody ever asked the question “but how will he fit into our system?” before they signed off on the deal.

Lukaku, Pogba, Alexis Sanchez and Henrikh Mkhitaryan were all signed within 18 months of each other.

Realistically they were never going to be able to co-exist in the same winning starting XI.

Lukaku was potentially ushered out before his time such has been his success at Inter Milan, but it is still £76m that didn’t contribute to a trophy.

Pogba is immensely talented and will probably still result in a profit when he does, as is expected, move on.

But the baggage that accompanies him has been a distraction and ultimately he was signed for a club record fee to deliver silverware.

Sanchez is perhaps the deal that personifies everything that has prevented United from achieving in recent seasons.

A vanity addition having pipped City to his signature, but completely unnecessary. His goal return coupled with his wages must rank this as the worst signing of the past five years.

Eric Bailly and Victor Lindelof, put together, are £65m worth of defensive talent, but neither has made the centre-half role their own.

Yes the club’s transfer strategy has improved on the whole under Ole Gunnar Solskjaer, but then the signing of Donny van de Beek seems to unpin all that.

He was never going to play because the club’s chief creator, Bruno Fernandes, has been a revelation.

The playmaker is without a doubt United’s best signing since Sir Alex Ferguson’s departure.

Comparisons to Eric Cantona serve to show how highly regarded he is at Old Trafford.

If United are to finally see their financial might result in silverware then it will require the Portuguese star performing well.

Plus, when you consider the current market, £67m is by no means a hugely expensive signing. Already it looks great value.

Aaron Wan-Bissaka, albeit signed for more than the club would have liked, has shown great potential.

There are doubts about him as an attacking force, but defensively he is a rock.

Dan James is pushing for more game time having found his goalscoring touch again, but even if he isn’t a regular the Welshman serves as an excellent squad option.

He fits the fast-paced style of play Solskjaer is looking to employ.

Even the signing of Edinson Cavani, a 34-year-old striker, has proved to be an inspired choice.

The Uruguayan has made a career out of scoring and is already being hailed for his influence on the club’s other forwards.

Every signing at United under Solskjaer, with the possible exception of Van de Beek, has had an element of thought to it that others before them simply didn’t.

The need for upheaval is a result of years of expenditure that lacked thought, now though there is light at the end of the tunnel.