What is the BEST Christmas movie? Why THIS movie is a must for Christmas Day 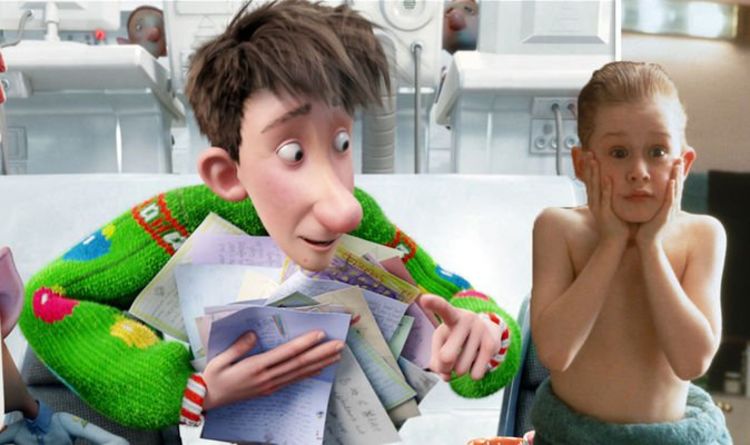 Christmas films are staple entertainment for the festive season – when families come back together after sometimes months apart. It can be tricky to find a film which will suit all ages, and appeal to a diverse group. Here are our picks of the best Christmas films – some of which are even available on TV and Netflix this Christmas.

As far as we are concerned THIS is the film to watch on Christmas Day.

Arthur Christmas is available on Netflix and is absolutely the perfect Christmas film to get all the family involved.

The story follows Arthur (voiced by James McAvoy), the youngest son of Father Christmas himself, who absolutely loves the festive season.

However, his older brother Steven (Hugh Laurie) has got delivering presents down to a military operation of precision, meaning Arthur’s clumsiness has no business being involved.

But when Arthur realises one little girl’s present has been missed off the sleigh, he endeavours to fix it, enlisting the half of Grandsanta (Bill Nighy) and the old-school sleigh and a gift wrapping elf, Bryony (Ashley Jensen) to right this wrong.

This film is packed with Christmas cheer and some adorable, heart wrenching moments, making it ideal for families to enjoy.

And, as it’s on Netflix, it’s easy enough to enjoy with a simple subscription.

The absolute classic that is White Christmas, while not airing on Christmas Day, is likely available on All4 after its transmission on Channel 4 on December 23.

This is one of the world’s top Christmas movies, starring the Christmas crooner Bing Crosby, Danny Kaye, Rosemary Clooney and Vera-Ellen.

White Christmas is a movie grandparents everywhere will know and love, following two soldier who, after the war, team up and make it big in the entertainment world.

Soon, their worlds are turned upside down when they come across two gorgeous sisters, who join them to help their old general make a success of his new venture in opening a hotel.

A Christmas classic, Home Alone is loved by young and old as they see young Kevin McAllister (Macaulay Culkin) try to outwit bandits trying to break in to his home.

That way, those desperate for two helpings of Christmas fun can do a double bill on each night – or even record the first and do the double on Christmas Day.

How the Grinch Stole Christmas

A huge controversy swept the nation when it was revealed How the Grinch Stole Christmas, the version with Jim Carrey as the mean-spirited Who, had been taken off Netflix.

However, while this may be causing a huge amount of upset, never fear, as ITV have saved the day by broadcasting it on Christmas Eve.

Fans can likely catch up using the ITV Hub and watching this after their festive turkey on Christmas Day, unless they are savvy enough to watch how the Christmas-hating Grinch soon changes his ways at the sight of joy and laughter in Whoville.

The Muppet Christmas Carol is, without a shadow of a doubt, one of the best loved Christmas movies.

It’s an old classic we’ve seen time and time again, but this version sees Charles Dickens’ favourite be given a whole bunch of furry, Muppet characters, some fantastic music and a hilarious turn from Michael Caine.

This one will absolutely be on TV at some point over the holidays, so it is one to seek out as it is full of the joy of Christmas and fun for all the family.