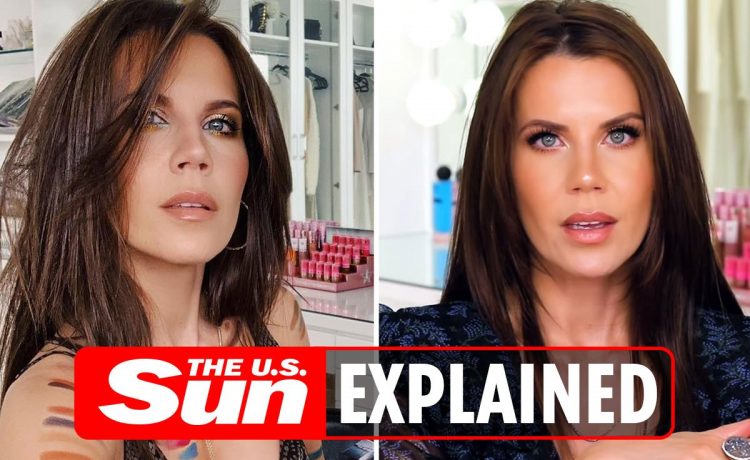 Westbrook returned to YouTube on June 17, 2021, after a one-year absence.

It is believed that Tati Westbrook has a net worth of about $12million.

The Halo Beauty CEO and internet personality has nine million subscribers on YouTube.

She reportedly earns at least $1million annually on YouTube.

She writes on her YouTube page that she is “TOTALLY ADDICTED TO MAKEUP” and that she uploads “unbiased Product Reviews, Tips, Hauls and Tutorial videos on Drugstore & Luxury Beauty Products every Monday & Thursday!”

What did Tati Westbrook say in her return to YouTube?

Westbrook made a surprising return to YouTube on June of 2021.

“I have missed you so much, and I cannot wait to get back to the makeup, back to reviews, back to doing my thing,” she said in the newly posted video.

“I’ve thought about this for so long and I’m really excited that I’m even just sitting down and filming.”

She previously had been embroiled in controversy when claims emerged that YouTube influencers Jeffree Star and Shane Dawson used her in their attempt to destroy James Charles’ career.

Charles is also a YouTuber and beauty expert.

Westbrook said in the new video that she realizes that fans “want answers about certain things that have been splattered over the internet.”

She said she is coming off what she described as “a terrible time in my life.”

“When I pulled back, I stopped communication with everyone in the beauty community,” she said.

“I haven’t talked to anyone in over a year. I really took a break and I needed to for my peace of mind.”

She emphasized that “there’s no litigation. No cease and desist…. Legal things happened. Just not in the I-don’t-wanna-talk-about-it event.”

BECK BEHIND THE WHEEL

Westbrook said she is in the middle of a legal battle with her business partner in Halo Beauty.

“There was no way that I could just come back online and start reviewing makeup and promoting Halo Beauty while there’s this big lawsuit thrown around the internet,” she added.

“I needed to wait until the storm calmed to be able to come back and post again.”