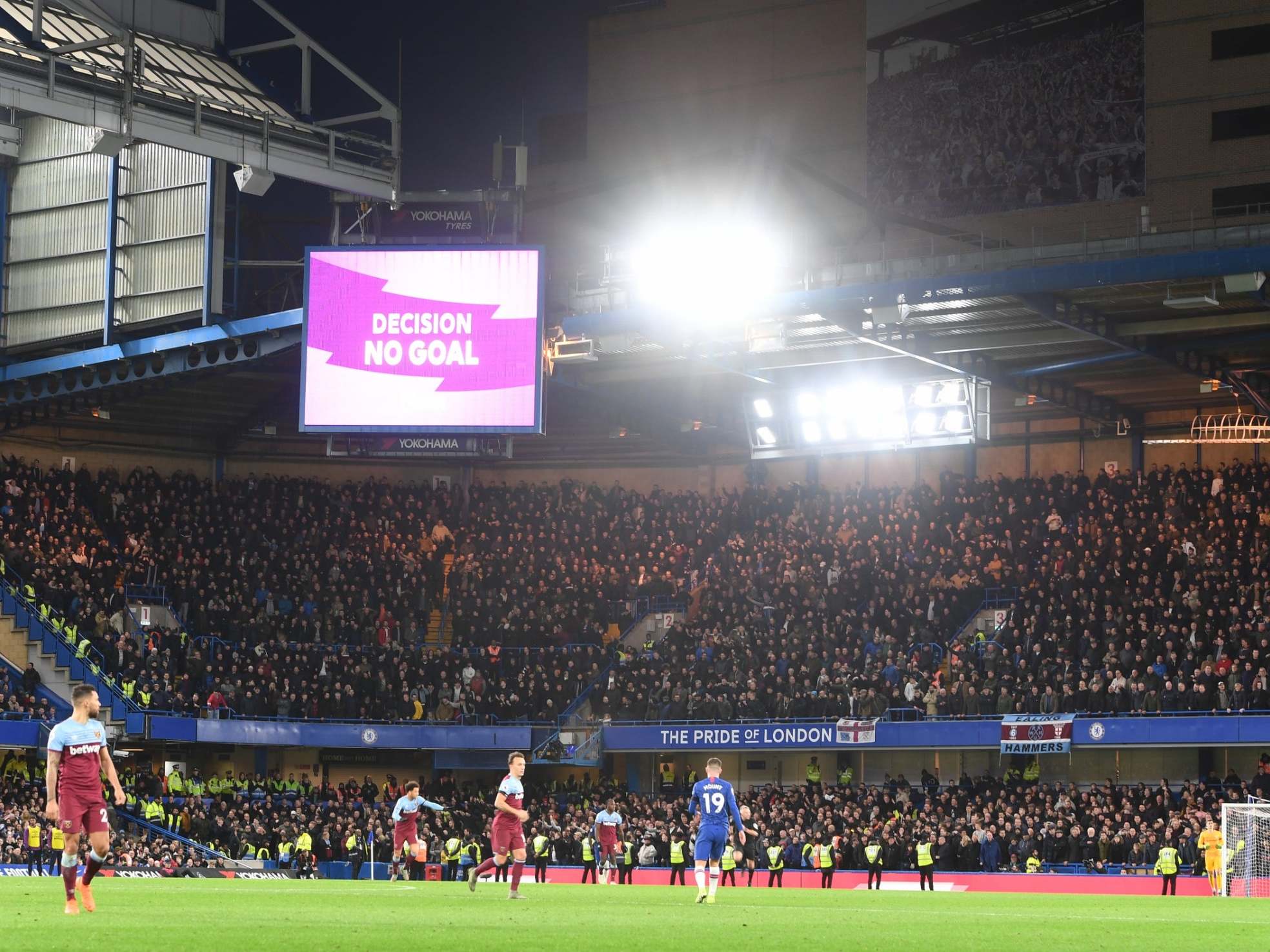 West Ham supporters were heard consistently singing homophobic chants towards Chelsea supporters in their 1-0 win at Stamford Bridge on Saturday.

“Chelsea rent boys” could be heard clearly throughout Saturday’s game, which has seen football’s anti-discrimination organisation Kick It Out urge supporters to report instances of homophobic chants.

The chants come on the week of the Rainbow Laces Day campaign, designed to promote LGBT+ inclusion in the sport.

Kick It Out tweeted: “If you were at the Chelsea vs West Ham game and heard homophobic chanting please directly report it to @KickItOutReport.”

It is the latest example of Chelsea fans having homophobic chants directed at them, with Kick It Out previously calling for action after Liverpool supporters were also heard singing “Chelsea rent boys” last April.

“We are absolutely clear: the ‘rent boy’ chant is homophobic and must be treated as such,” read their statement at the time.

“The ‘rent boy’ chants have been directed at Chelsea for years, with little action taken by The FA or police – and that must not continue.

“We expect stronger condemnation and appropriate sanctions. just as we would for any other form of discrimination.”

READ  Mikel Arteta told to sell 2 players that are 'not cut out for Arsenal'
Share on FacebookShare on TwitterShare on PinterestShare on Reddit
newsgrooveNovember 30, 2019