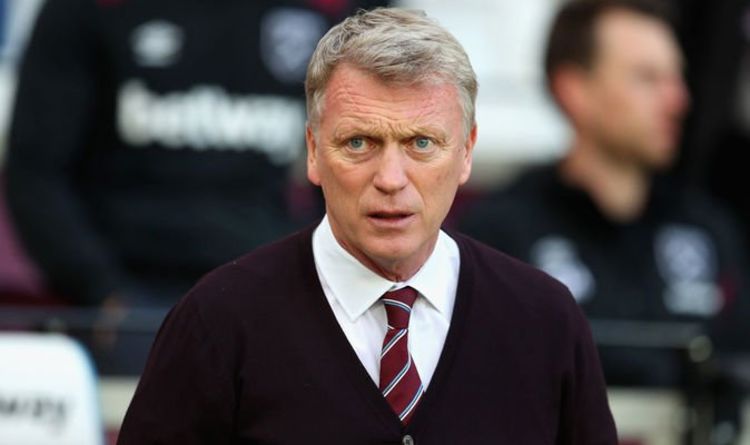 West Ham are reportedly set to appoint David Moyes for a second spell in charge of the club following the sacking of Manuel Pellegrini. The ex-Manchetser United boss will be announced in the next 24 hours as he travels to East London today.

Pellegrini was sacked by the Hammers late last night following the 2-1 home defeat by second-placed Leicester – who played a mostly second-string team.

West Ham felt the need to act to boost their Premier League survival hooes as they linger one point above the relegation zone.

Moyes has fire fought at the club before as he kept them afloat when given the job on a temporary bass in November 2017 after Slaven Bilic was sacked.

However, the former Everton and Sunderland boss was not given the job on a permanent basis despite finishing 13th in the table.

Pellegrini was instead handed the reigns but he has been unable to transform the team into top-10 contenders.

And the Daily Star claim West Ham do not want to take any more risks with their manager so are keen to get a familiar face in the door.

That is why they have turned to Moyes – but the 57-year-old will only put pen to paper if he is given time to build for the future. Hence, a two-and-a-half year contract is expected to be tabled.

They wrote: “West Ham United can confirm that Manuel Pellegrini has left the Club with immediate effect.

“Joint-Chairmen David Sullivan and David Gold, along with the Board and everyone at West Ham United, would like to place on record their thanks to Manuel for his service over the past 18 months.

Mr Sullivan said: ‘It is with great disappointment that we’ve had to make this decision.

“’Manuel is a gentleman and it has been a real pleasure to work with someone of his calibre.

“‘However, it has become clear that a change is required to get the Club back on track in line with our ambitions this season.

“‘We felt it was necessary to act now in order to give the new manager as much time as possible to try and achieve that goal’.”

Meanwhile, former West Ham goalkeeper Rob Green believes the appointment will be good for the club.

“It would be an interesting choice to bring David Moyes back but – a bit like Nigel Pearson – he has something to prove,” he said.

“He has had a number of positions where it didn’t go so well. He might come into it with a newfound resolution, or a new lease of life.

“Maybe it will be a short-term appointment to the end of the season where if he does keep them up you say: ‘Here’s a big bonus and see you later’.

“I am sure if you say to the West Ham fans we need someone to see us through to keep us in the division, it’s a tough call.

“We don’t know what the owners’ thinking is. There’s big names out there. Unai Emery is a shout, Rafa Benitez has said he is not coming back from China.

“There are managers who would love to manage West Ham.”