WASHINGTON (Reuters) – Wells Fargo & Co (N:) and one of its units will pay $3 billion (2.3 billion pounds) to resolve criminal and civil probes into years of fraudulent sales practices, U.S. authorities said on Friday, wrapping up one of the last one major investigations looming over the bank.

Wells Fargo and its North American subsidiary will pay the penalties to the U.S. Justice Department and Securities and Exchange Commission and enter in a deferred prosecution agreement lasting three years, the department said.

The bank admitted that it pressured employees to meet “unrealistic sales goals that led to thousands of employees opening millions of accounts for customers under false pretenses or without customer consent often by misusing customers’ identities” from 2002 to 2016, a senior Justice Department official said.

The agreement with the bank, the country’s fourth largest U.S. lender, resolves the civil and criminal liability regarding Wells Fargo’s fake accounts scandal. About $500 million of the penalties will go to the SEC to be distributed to investors, the Justice Department said.

Settling the multi-agency investigation marked an important milestone for Charles Scharf, Wells Fargo’s new chief executive who joined the company from BNY Mellon in September shortly after the third anniversary of the scandal.

The Justice Department investigation was seen by analysts and investors as a key hurdle the bank had to clear before it could focus on its growth strategy, which includes convincing the Federal Reserve to remove a cap imposed on its balance sheet.

“Today’s announcement should serve as a stark reminder that no institution is too big, too powerful, or too well-known to be held accountable and face enforcement action for its wrongdoings,” Andrew Murray, U.S. Attorney for the Western District of North Carolina, said in a statement.

The deal does not preclude civil or criminal charges against individuals. The senior department official declined to comment further regarding any ongoing probes.

In a rare move, a U.S. bank regulator charged several former Wells Fargo executives for their roles in the sales scandal last month.

Wells Fargo had already paid out more than $4 billion in fines and penalties since the 2016 revelation that its sales practices encouraged employees to open potentially millions of unauthorised bank accounts in order to hit lofty sales targets.

Since then, internal and external probes have uncovered issues in each of Wells Fargo’s major business lines, including wealth management and the commercial bank. The fallout has also resulted in the Federal Reserve imposing an unprecedented growth restriction on Wells Fargo’s balance sheet until it proves it has fixed its risk management and controls.

Over the past three years, Wells Fargo has taken various steps to fix its issues and rebuild trust with customers, investors and regulators. They include refreshing its board, centralizing risk teams and hiring an external chief executive. However, ongoing reputation issues and unresolved legal matters have weighed on the bank’s stock price and profitability, which have lagged peers since 2016.

Disclaimer: Fusion Media would like to remind you that the data contained in this website is not necessarily real-time nor accurate. All CFDs (stocks, indexes, futures) and Forex prices are not provided by exchanges but rather by market makers, and so prices may not be accurate and may differ from the actual market price, meaning prices are indicative and not appropriate for trading purposes. Therefore Fusion Media doesn`t bear any responsibility for any trading losses you might incur as a result of using this data.
READ  Shareholders 'not stopping excessive executive pay' 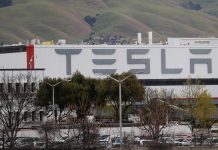 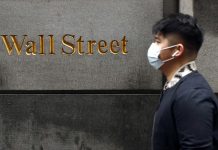 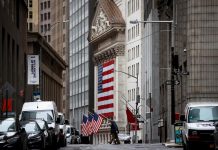 My Money: 'People have started leaving their houses again' 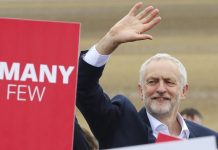 Coronavirus: Heathrow to close half its terminals