GameCentral readers name the video game franchises they’ve fallen out of love with, from Grand Theft Auto to Fire Emblem.

The subject for this week’s Hot Topic was suggested by reader Xane, who asked what series did you used to play a lot but now don’t? Is it on purpose or because you don’t own the right console? Or perhaps you’ve just drifted away from the series over the years?

Everyone seemed to have at least one franchise that fit the bill, with Sonic The Hedgehog, Halo, and Assassin’s Creed coming in for a lot of stick in particular.

The early days
The honest answer here is that it’s probably Battlefield but I hope it’s not true. I loved the early games but ever since Battlefield 1 its downward trajectory has turned into a nosedive. Battlefield 5 was a complete disaster and it’s obvious that DICE realise it.

Presumably they’re going to follow it up with a new modern day game but it still feels like they’re one step behind Call Of Duty. But they shouldn’t even be comparing themselves with that game. In the early days they were nothing like that, they were giant-sized sandboxes when that sort of thing was rare and battle royale didn’t exist.

Battlefield didn’t keep up with modern trends though and now I fear it’s lost its relevancy. Maybe it can earn it back but I have severe doubts they’ll ever reclaim what they used to have.
Syber

20-year lifespan
It’s probably not what Microsoft wants to hear from anyone but I would say Halo. The footage for Halo Infinite did nothing for me and I don’t mean because the graphics were unimpressive. The whole thing was pandering so much to nostalgia it really put me off.

I looked at the footage and instantly new how it would play and… I‘ve been there, I’ve done that, and I got the T-shirt. You can tell the open world stuff is going to work exactly like Destiny too, so there’s even less to get excited.

It’s not really Halo’s fault, it’s a 20-year-old franchise and that’s a long time. The obvious truth to me is that Halo has run its course and there’s nothing useful left for it to do. But of course it’s a name that people recognise so Microsoft is going to keep using it until everyone is feed up with it and not just me.
Gordo

Dead to me
The sad thing about this Hot Topic is that there are so many OBVIOUS choices… Halo, Assassin’s Creed, Sonic The Hedgehog, and many more. The one the stuck with me though is Fallout. I loved Fallout 3 when it came out and was really looking forward to Fallout 4. It was a disappointment but I was still on board and what you would call a fan.

Then the DLC came out and it became clear just how much Bethesda was going to milk the series and how much they were unwilling to update the graphics or the gameplay. That culminated in Fallout 76, which I think must be the worst made full-price game I have ever paid money for.

They’ve tried to fix it since but that just broke the spell for me. The whole thing was so obviously some half-finished multiplayer mode they had left over from Fallout 4 and here we were all supposed to get excited about it and buy the collector’s edition. At that point I was out and that whole franchise is just dead to me now.
Mallow

Rockstar Redemption
Not so much a game for me but a developer: Rockstar. Although they make so few games now, and both of them are pretty much the same idea, that it doesn’t really matter. I enjoyed GTA 5 on the Xbox 360 but never really got into GTA Online. I appreciated what it was trying to do but I didn’t enjoy the combat enough to want to be constantly replying it and so was not at all interested in rebuying the game on PlayStation 4.

To my surprise though I was quickly bored of Red Dead Redemption 2 as well. The simplistic, repetitive gameplay combined with the long-winded storytelling was just too much for me. I appreciate the amount of work and artistry that went into the open world but anything to do with trying to turn it into a game just fell flat for me.

I’d say I’m not interested in whatever they do next but of course they don’t have anything next, except for another next gen port for GTA 5.
Draco

The blue blur
Ah, is this the Sonic topic? It seems also tailor-made for the little blue bugger. But, to be honest, I still love going back to the old games and Mania. I never actually bought Sonic Heroes with my own money, so I was perhaps more lenient on it than most. But there was genuinely some fun level design there. Of course, some good levels do not a great game make. Or even a good one.

It was my little brother who wasted his money on Shadow and Sonic 2006. They were, as most commentators can agree, unplayably bad. Generations and Colours passed me by, Sonic 4: Episode 1 was just above average and Sonic Dash was pretty good actually.

Reviews have been enough to keep me away from Lost World, the Boom games, and Sonic Forces. Well, until it came out for free on PSN a few months back. And even free, Forces isn’t worth the money.

But a good Sonic game will have me running back faster than if I busted open a monitor containing super speed shoes myself! Especially a Mania 2. Which has surely got to be inevitable, right? Or at the very least another project from Christian Whitehead and his team, right?

I’ve heard rumours that a Sonic Adventure remake might be on the cards for the 30th anniversary next year. That could be good. I always thought the action stages, especially the likes of Twinkle Park and Lost World were amazing, and that Sonic Adventure 2 was very bland by comparison. That is just me, though.

We shall have to wait and see, of course. But one thing is painfully clear: nobody at Sega cares about the blue hedgehog anymore. And that’s been true for over 15 years…
DMR

Cost of success
I think for me it’s Fire Emblem. That may seem odd considering Three Houses was the most successful ever but I really didn’t like it and I imagine they’re only going to double down on the things I didn’t like about it in the next one.

The game was so easy it was pointless and the story and characters… I like about two out of a cast of dozens. The production values looked cheaper than the 3DS games and the whole art style was just bland. I’m not going to be entitled enough to hope the next one flops, so it can go back to being a niche series, but I fear that’s the only hope of it interesting me again.
Wotan

Losing its grip
Whilst it’s true that there are several game franchises that I used to follow that I no longer do because they’ve been paused or just canned entirely, I can’t think of many that I’ve fallen out of love with and abandoned of my own accord.

Going back a while I would definitely have said the Sands of Time era Prince Of Persia series fits the bill though.

At the time, I thought Sands Of Time was a near perfect gaming experience. Great story, well written characters, beautiful art design, and a control scheme that clicked with me. Yet The Warrior Within took most of what I’d liked most about it and threw it away to make room for teenage, nu-metal angst, downgraded visuals, and a far less satisfying story. I never bought the third entry, although a friend did. The bits I saw and played just didn’t feel like something I wanted to get back into. I also hated the unconnected reboot that came later.

I’d like to see it brought back somehow, but I don’t really know how they’d be able to recapture the magic that hooked me into the first one.

I found Far Cry lost its hold on me a bit as well. I had the first one on PC, and, ignoring the daftness of the main plot reveal, I thought it was one of the best of its generation of first person shooters. The Primal console spin-offs and the second one passed me by but, mostly due to the buzz, I did pick up the third one. Although it didn’t rock my world, I thought it was pretty good. As I recall, I also actually really enjoyed the utterly ridiculous Blood Dragon too.

Yet, when the reviews for 4 started coming in saying ‘it’s just 3 with a next gen coat of paint’ I switched off a bit and have never felt compelled to go back. With a sixth mainline entry looming and rumours flying about it being a potential origin story for Vaas, something about the franchise just feels a bit old and stale to me.

Maybe if they’ve managed to craft some new and innovative gameplay features so it doesn’t just come across as ‘3 with a next next gen coat of paint’ I’ll take an interest, but somehow I doubt I’ll be chomping at the bit to get back into the series any time soon.
yourhomeisatrisk 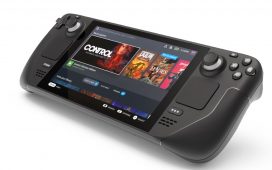 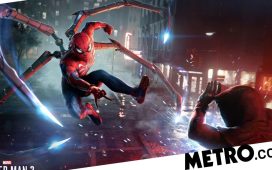