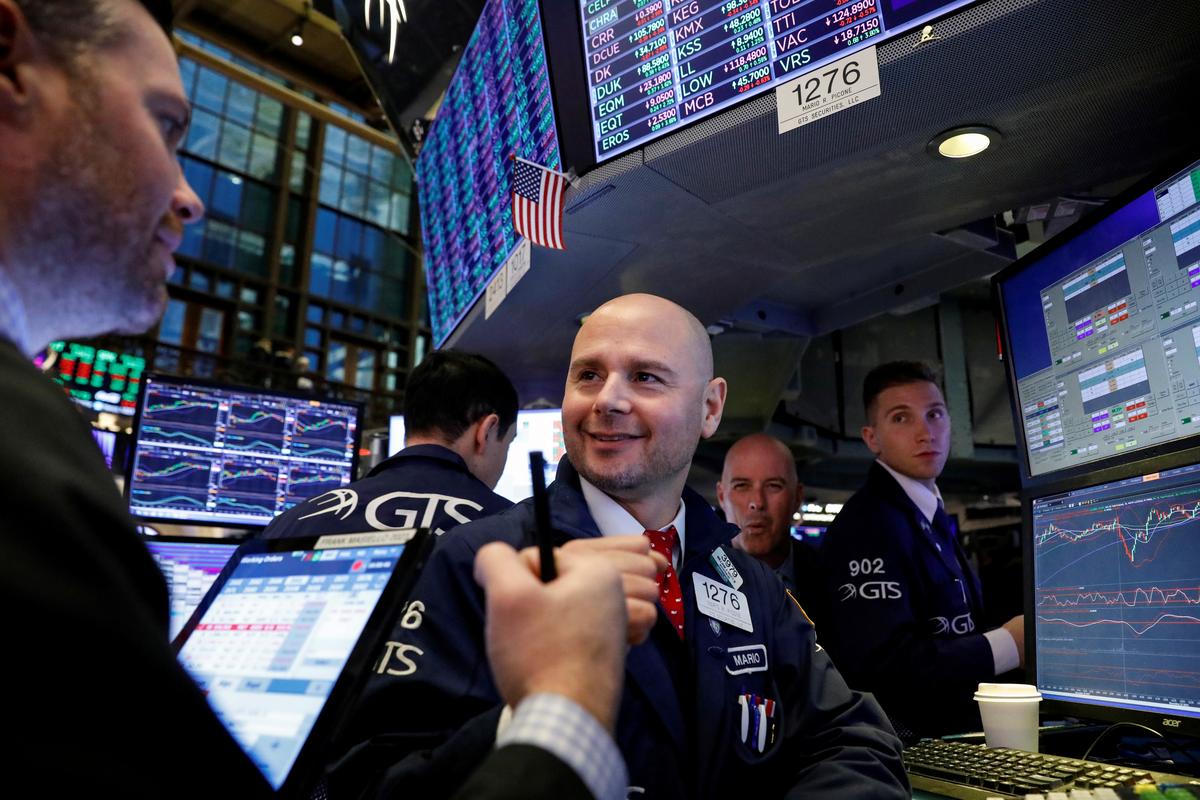 NEW YORK (Reuters) – Wall Street rebounded on Wednesday as investor optimism got a boost from U.S. President Donald Trump’s remarks that talks with China on an interim trade deal were going “very well.”

Trump’s comments supported a Bloomberg report that the world’s two largest economies were closer to agreeing how many tariffs would be rolled back in a “phase one” trade deal.

Fears that a stalemate in negotiations could lead to new tariffs taking effect as scheduled on Dec. 15 have dampened market participants’ enthusiasm in recent days, with the major U.S. stock averages falling back from last week’s record highs.

“Anything that happens on any day is because of trade, but it’s a much richer mosaic underneath,” Cote said. “The consumer’s on fire. That’s what’s behind the resilience in the market and this will be the best holiday season on record.”

“Everyone sees this trade battle as World War Three, and it’s not,” Cote added.

All 11 major sectors of the S&P 500 ended the session in positive territory, with energy .SPNY enjoying the biggest percentage gain, boosted by a 4.0% jump in crude prices CLc1.

Alphabet Inc (GOOGL.O) rose 1.9% following its announcement that Sundar Pichai would take the helm as CEO.

Shares of Johnson & Johnson (JNJ.N) advanced 1.6% after recent tests showed its baby powder was asbestos-free. U.S. Food and Drug Administration investigations reported trace amounts of the carcinogen in the product earlier this year.

Online travel platform Expedia Group Inc (EXPE.O) jumped 6.2%, among the top gainers on the S&P 500, after chair Barry Diller announced the resignations of the company’s chief executive and financial officers.

On the economic front, market participants largely shrugged off weak November data from ADP, which reported fewer private payroll additions than expected, and from the Institute for Supply Management’s PMI report, which showed the services sector’s growth losing steam.

Advancing issues outnumbered declining ones on the NYSE by a 2.35-to-1 ratio; on Nasdaq, a 1.58-to-1 ratio favored advancers.

Volume on U.S. exchanges was 7.00 billion shares, compared with the 6.79 billion-share average over the last 20 trading days.

Save our workplaces… campaign is on to keep firms in offices

Coronavirus: How can I find a new job?

Go Inside Kylie Jenner's Tropical Getaway for Her 23rd Birthday