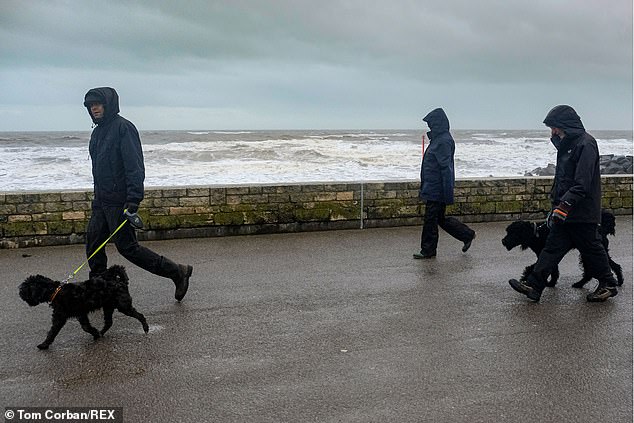 A brisk 20-minute walk could reduce the risk of seven types of cancer by a fifth, scientists claim

By Victoria Allen for the Daily Mail

Many strode out for a Boxing Day walk yesterday to blow away the cobwebs after the excesses of Christmas Day. And they may also have been helping to cut their cancer risk.

A study suggests that people who do just two-and-a-half hours of moderate exercise a week have lower odds of getting seven types of cancer.

That could be a brisk daily walk of just over 20 minutes or a non-strenuous bicycle ride.

This amount of exercise was found to reduce the risk of liver cancer by 18 per cent, or almost a fifth, in both sexes. That rose to 27 per cent for the equivalent of five hours a week of moderate exercise.

The breast cancer risk for women fell by 6 per cent for two-and-a-half hours of moderate exercise, or 10 per cent for five hours.

The risk of kidney cancer in both sexes fell by 11 per cent for two-and-a-half hours hours of moderate exercise, or 17 per cent for five hours.

Walking briskly for 20 minutes a day could reduce the risk of seven types of cancer, a study has found. File image of Boxing Day dog walkers in Dorset

The results suggest exercise partly cuts cancer risk because it helps weight loss. But active people, even when they do not lose weight, could gain protection against some cancers.

The researchers followed the 755,549 people in the study for a decade on average. Dr Alpa Patel, a co-author of the study from the American Cancer Society, said: ‘The exciting thing about these results is that they demonstrate engaging in a short amount of regular moderate-intensity activity, like a brisk walk, can provide tremendous benefits for the risk of getting various types of cancer.

‘That is good news for the many people who, when they hear they should exercise more for their health or cancer prevention, think that means something drastic like having to start training for a marathon.’

The NHS recommends people get at least two-and-a-half hours of moderate physical activity a week, or at least 75 minutes of vigorous exercise.

Researchers looked at whether people were active for seven-and-a-half to 15 ‘metabolic equivalent’ hours a week.

This works out at between two-and-a-half and five hours of moderate activity, such as walking or light cycling, or 75 and 150 minutes of vigorous exercise, such as tennis or jogging.

Women who did the recommended amount of activity were up to 18 per cent less likely to get womb cancer than those who were inactive.

They were also up to 18 per cent less likely to get non-Hodgkin’s lymphoma, according to the study published in the Journal of Clinical Oncology.

Men who did the recommended amount of physical activity were up to 14 per cent less likely to get colon cancer.

READ  High blood pressure: Do you experience this? One early warning sign you may not know about

Both sexes saw a reduced risk of up to 19 per cent for the blood cancer myeloma.