The games are designed by experts trained in neurosciences, psychology, and human behaviour in order to make them addictive

A few years back, a young boy I knew intimately – a boy who excelledboth in academics and outdoor sports – suddenly seemed to have lost his interest in both. The otherwise cheerful and outgoing boy abruptly turned into an introvert and his school grades started nosediving. The worried parents, both working, discovered that at the root of the problem was a video computer game the boy had become addicted to. They confiscated the CD, but the boy was too intelligent, and by then too addicted, to be deterred by such simple remedies. It took them a year of patient persuasion to motivate the boy to finally give up the gaming, but not before it had taken a toll on hisphysical and mental health.

This is a recurring story: countless parents have gone through similar agonies and many children have paid dearly for such addiction to video games. On August 2,pointing to the “devastating adverse effect” of addictive online games on “the development of children”, an additional district judge in New Delhi wrote to the Prime Minister for banning two online games – Free Fire and PUBG India – on the lines of the government’s earlier decision to ban one of the most popular mobile games called”Player Unknown’s Battlegrounds”(PUBG Mobile) in the country. Drawing attention to the fact that the long hours spent by children in playing such games wreak havoc on their studies and social behaviour, he pleaded that a law is framed to restrict exposure of children to such games. This suggestion merits serious consideration by the government, and not only for these two games.

India banned PUBG on September 2, 2020, along with 117 Chinese apps under Section 69A of the IT Act. PUBG was linked to Tencent, the Chinese multinational technology giant. The game is banned not only in India, but also in Pakistan, Afghanistan, Korea, Jordan, Israel, Iraq,and even in its home country China, on account of itsbeing too addictiveand having serious effects on users’ health without warning them about the dangers of long screentimes (as if it would have made any difference) and for propagating violence. But the effect of the ban in India was only temporary; in June this year, the app was again made available on Google’s Play Store under a new avatar, “Battlegrounds Mobile India”, with some cosmetic changes like green blood instead of red (as if it reduces the effect of violent content), etc. It has been blamed not only for poor academic performance but also for violent behaviour and suicides among children, besides causing untold agony and distress to the hapless parents, prompting a Goanese minister to call it “Demonic”. Faced with ban threats, PUBGearlier tried to placate parents and the government by promising to put time limits for its use, which hardly addresses the real concerns and dangers of video gaming for children.

Numerous studies conducted all over the world have repeatedly drawn attention to the severity of their adverse effects on children, which includeimpeding their physical and mental development, increasing juvenile violence, and suicides. The games are designed by experts trained in neurosciences, psychology, and human behaviour in order to make them addictive. Playing them releases the pleasure-giving neurochemical dopamine in the brain telling it to “do it again.” Studies show that gaming can change the structure of many regions of the brain involved with higher cognition. The designers control the players’ behaviour by providing simple stimuli and reward them at strategic points.

Children, especially those with poor impulse control or struggling with studies andnot knowing the consequences,are most vulnerable to fallprey to their evil charm. What follows is not only falling grades, but also sleep deprivation, fatigue, irritability when stopped from playing, increased anxiety, obesity, aggressive behaviour, andlack of interest insocial interactions and other physical and mental activities essential for healthy growth. Video games provide an easy escape for the children from seeking more purposeful real-life relationships with friends. Studies using brain scans showed decreased activity in areas of the brain dedicated to self-control and an increase in emotional arousal while playing games that use violence; it also desensitises them to violence in real life.

“Gaming disorder” is listed as a disease in WHO’s “International Classification of Disease” and many countries have started treating it. I know of an addicted boy who forgot how to speak and had to be treated and counselled for more than six months before relearning how to speak again. Yet governments have taken a benign stance all over the world, passing on the responsibility to parents instead, without realising the limitations of such an approach. The industry also has its proponents who forcefully argue that video games also have positive connotations in children’s education, life skills,and brain functions, but these are far outweighed by their negative impacts.

Fifteen countries have banned some forms of video games. China has imposed a time limit of 90 minutes on weekdays, but they are difficult to regulate when played offline. The US Supreme Court refused to regulate the sale of violent video games in 2011, citing the First Amendment regarding freedom of speech which cannot be restricted by any law. The UK has a system of rating of games,like films, for different age groups, making it illegal to sell games rated 12, 16, or 18 to any child below that age; but these ratings are inapplicable to games bought online. India has no such system and no law to regulate video games, unlike the films for which we have the Central Board of Film Certification.

Video gaming is a multi-billion-dollar industry, more than the movies and DVDs combined. Covid-19 has been a ‘tipping point’ for online gaming, as the KPMG study titled “Beyond the Tipping Point” noted. Confined to their homes for more than a year, both children and adults have sought their escape from boredom through online gaming in massive numbers. FY21 has seen a major boom in online gaming with over 433 million users, with estimated revenue of Rs 136 billion which is poised to grow to Rs 290 billion with 657 million users by FY25. India had about 400 video gaming companies, including respected names like Infosys, TCS, and Zensar. India is the number one market for video games, and domestic and foreign companies would use all their lobbying power to prevent any ban or regulation upon such lucrative business.

The Chinese government is now going all out against its own giant technology companies, the latest target being the for-profit onlinetutoring industry. The next target could well be Tencent whose shares plummeted by 6.1 percent on August 3after a Chinese state-owned media article called gamingthe “opium of the mind”. Already under regulatory fire, the company has lost $400billion in market value since February and its game may be ending in China. Before this lethal opium enslaves all our children here, we need to act. Otherwise, it might be too before an obese and intellectually stunted generation comes of age to lead us.

(The writer is a former Director General of the Office of the Comptroller & Auditor General of India and currently, a Professor at the Arun Jaitley National Institute of Financial Management. The views expressed are personal.) 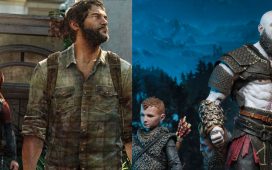 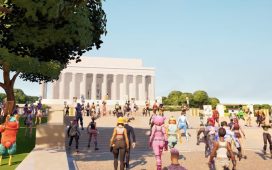 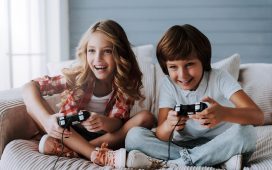 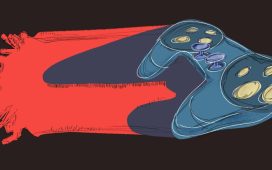 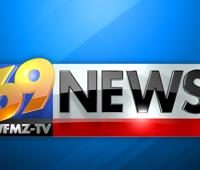