A money-making scheme being promoted by Joanna Lumley says it can help people achieve a “life-changing” income – and claims those who climb to the top of the “Stairway to Success” can earn up to £1m a year. Yet Guardian Money found that the average amount being earned is less than £12 a week – and that’s before costs are taken into account.

This “opportunity of a lifetime” is offered by energy and communications company Utility Warehouse, which says it has enabled many people “to be their own boss, give up their job and even retire early with complete financial security”. A template letter that the firm’s representatives can print off and send to would-be recruits asks: “Want to take control of your life?” and then says tantalisingly: “I’ll show you how to make a lot of money.” But do the claims stack up?

So-called “multi-level marketing” (MLM) schemes such as this are controversial, particularly in the US. One critic of this type of scheme told Guardian Money that, in his opinion, they are “economic cults”.

But Utility Warehouse says it is very different to some other network marketing businesses that rely on their distributors to buy stock from them, in that its “partners” (the name for its representatives/agents) incur very little cost aside from their time and a small joining fee.

It adds: “The important thing to understand is that we are presenting illustrations of what is achievable by potential new partners, as opposed to any form of guaranteed income.”

Utility Warehouse is the trading name of FTSE 250 firm Telecom Plus, and provides a range of services – gas, electricity, home phone, broadband and so on – to more than 600,000 UK homes and businesses. Joanna Lumley promotes the brand and has fronted a series of short films, including one where she talks about how people can earn money. It is pretty much exclusively promoted by its army of self-employed partners, who earn commission by encouraging friends, family and others to sign up to its products.

In simple terms, you earn money from the customers you sign up, plus you can recruit other partners.

And when they sign people up, you earn a small share of the money they spend, too.

Flick through the latest edition of Utility Warehouse’s “The Opportunity” booklet, which explains how people get paid, and you will see tables and diagrams that highlight the money that can be made. For example, there is one showing an individual at the top of a structure, then below him or her are the people he or she recruited, and then below them are the people they recruited.

One document on the company’s website states that you could earn £2,340 a month in group residual income – or just over £28,000 a year – which it says is “more than the average salary in the UK”. This assumes you receive 30p per person per month commission from 7,800 customers signed up by your team.

Then there’s the Stairway to Success, which has eight steps. “The higher up you climb, the greater your monthly and annual earnings could be – up to a maximum of £1m a year as a five-star NNL national network leader,” says the booklet.

On reading that, some will say: “Where do I sign?” But do many really earn such large amounts? It turns out you need to amass a small country’s worth of people – 500,000 group customers – to become a five-star NNL. Utility Warehouse has about 645,000 customers.

There isn’t much information in its latest results – covering the six months to 30 September – about payments to partners. However, they do disclose that there were 43,111 partners. Meanwhile, “distribution expenses”, which includes the share of the revenue paid as commission to partners, totalled £13.2m for the six months.

Dividing that pot between the 43,111 partners gives an average of £306 per person for the period – which is £51 a month, or £11.80 a week. And that’s before their own costs, the joining fee and tax. The joining fee has been halved to £100 for non-customers and £50 for customers. Meanwhile, partners are responsible for paying their own tax.

Utility Warehouse is quick to sing the praises of its partners, and the competitive advantage they give the firm, but their £13.2m represents only 3.7% of the company’s total revenue for the half year, which was £353m.

The trade body for this sector, the Direct Selling Association, says that while multi-level marketing structures “may seem similar to pyramid schemes,” which are illegal in the UK, “in reality they are substantially different and are more similar to a conventional corporate business model”.

David Brear, who describes himself as an author who has studied cults, says of MLM schemes: “They are economic cults.” He says one of the key issues is the “churn rate” – how many partners leave the business each year, often because they can’t make money from it? This rate appears to be quite high at Utility Warehouse: in the company’s 2013 accounts, the numbers of partners joining was running at 900 to 1,300 a month, and six years later, in 2019, it was around 1,000 joining each month – yet the total number of partners has not gone up much: it was almost 39,000 in 2013 and is now 43,111.

On the issue of commission, Utility Warehouse told us that its partners’ earning potential “is based on the time and effort they put into the business. The result is that those who consistently gather the most customers/build their teams, eg, by working on this business full time, earn more commission than those who are less focused on Utility Warehouse and do less … There tend to be fewer really active partners than inactive ones – which is a source of real frustration.”

It adds that dividing £13.2m by 43,111 is “inevitably misleading: there are many partners who, for whatever reason, earn considerably less than £500 a year, and there are those who work at their business extremely hard and earn considerably more than this”.

The company says of the document that mentions £2,340 a month: “Does this imply all partners will achieve this level of income? Categorically not. It is based on assumptions and uses averages.”Asked about the partners’ share of the revenue, the company says that while around 3% “may sound low,” it operates in low-margin industries, especially energy.

And on the churn rate, Utility Warehouse says: “If we sign up, say, 1,000 partners in a month, then typically half of them will never really get out of the blocks, and they receive an automatic refund… There is always a level of churn of ‘no longer active’ partners from the business.” 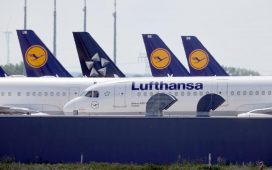