A Utah teen says her years of vaping landed her in the hospital in a medically-induced coma.

Maddie Nelson, 18, from Nephi, vaped every day for three years without issue – just like most kids at her school, she says.

Finally, after complaining of intense back pain and a fever last month, she was rushed to the hospital, where her symptoms quickly worsened.

She was transferred to another hospital, where doctors discovered she had contracted a rare lung disease and placed her on a ventilator after she could no longer breathe on her own.

Nelson is among the nearly 200 people across the country that have come down with severe, mysterious lung illnesses believed to be related to vaping. 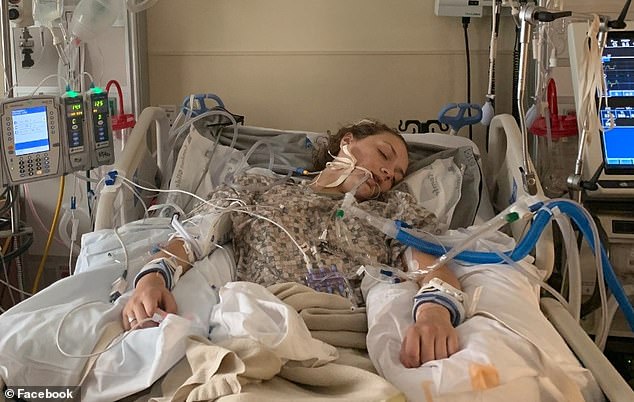 Maddie Nelson, 18, from Nephi, Utah, said she began vaping three years ago and did so nearly every day like most kids in her school. Pictured: Nelson in the hospital 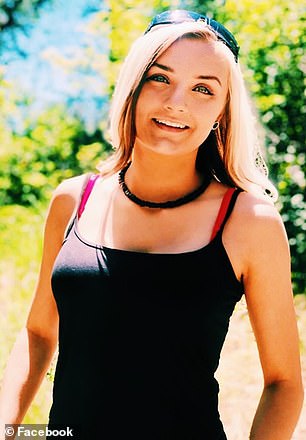 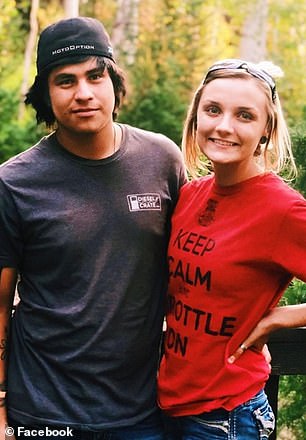 In spring 2019, Nelson experienced stomach pain, nausea and vomiting for weeks. In July, her family took her to the hospital after she developed a high fever and was struggling to breathe. Pictured: Nelson, left, and with her boyfriend, right

However, she gradually increased to juice with 3 milligrams of nicotine.

Suddenly, in spring of this year, Nelson began losing her appetite. Soon, she was vomiting back up everything that she ate.

On July 27, after experiencing intense back pain and a high fever, her family took her to Mountain View Hospital in Payson, Utah.

‘My temperature was so high, my brain just completely shut off,’ she told FOX 13. ‘I thought I was in the Payson hospital for one night, and I was actually there for four days.’

According to a GoFundMe page, Nelson struggled to breathe and giving her supplemental oxygen wasn’t helping.

She was transferred to the ICU at Timpanogos Regional Hospital in Orem – 23 miles away – where she was placed in a medically-induced coma for three days.

Nelson was diagnosed with acute eosinophilic pneumonia, a rare disease caused by a buildup of a type of white blood cell, in the lungs in response to inflammation. 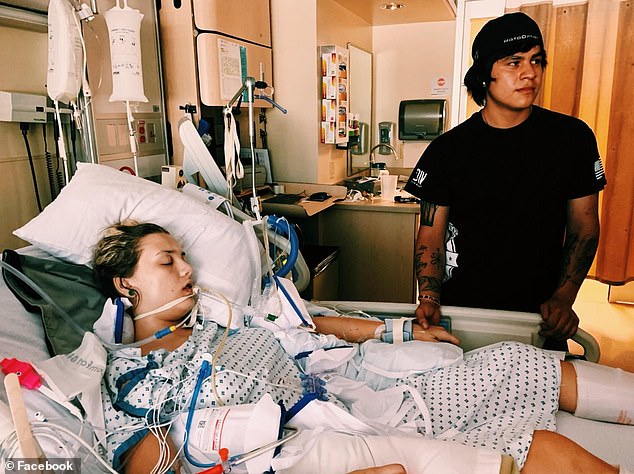 She was transferred to a different hospital where she was intubated and placed in a medically-induced coma. Pictured: Nelson in the hospital with her boyfriend 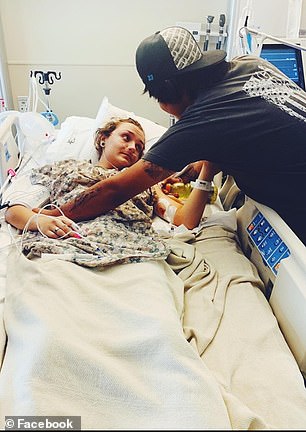 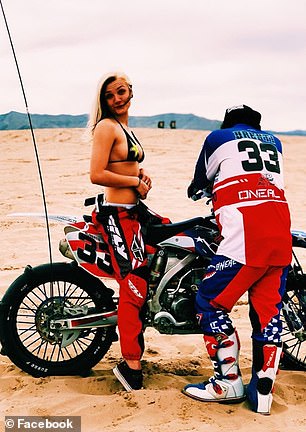 Doctors diagnosed Nelson with acute eosinophilic pneumonia, a rare disease caused by a buildup of eosinophils, a type of white blood cell, in the lungs. She says her doctors believe the condition was caused by vaping

The exact cause is unknown, but scientists suspect a recent change in smoking habits or medications can be triggers.

Smoking and vaping are not identical, but lately there has been a rise in lung cases related to vaping.

Fewer than 200 cases have been documented in medical literature, according to the National Organization for Rare Disorders.

Nelson said doctors explained the condition to her like this: ‘When you inhale the moisture [from e-liquids], it’s just creating the perfect environment for bacteria to grow inside your lungs and for infection to start. And that is basically what happened.’

They suspect it was caused by her vaping and told her that her X-ray was one of the worst they’d ever seen, and plan on using it as a teaching aid. 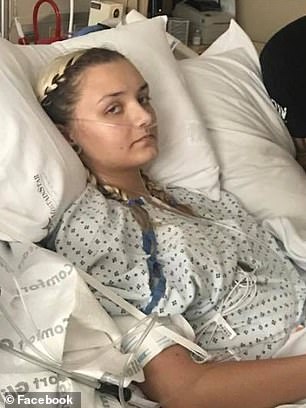 Nelson said she has stopped vaping and wants to encourage others to do the same. Pictured: Nelson in the hospital

Nelson was given steroids to help her combat the inflammation.

However, she says she’s still not completely recovered. She uses oxygen at night and still feels occasional tightness in her chest.

On August 4, she shared photos of her in the hospital and urged others to quit vaping.

‘I am sharing my story so you all are aware that there is something crazy in these pens that is not safe and almost cost me my life,’ she wrote.

‘I used to just tell myself it won’t happen to me, but it can and will happen to you too…take my advice, don’t smoke, don’t vape. #vape #stopthevape.’

Nelson’s diagnosis comes on the heels of news that federal health officials have identified nearly 200 cases of breathing illnesses related to vaping across the US.

The Utah Department of Health said this week it was investigating 21 cases, more than double the 10 reported last week.

READ  Flu season 2019: When is flu season this year? When does it end?

No single vaping product or compound has been linked to all of the cases, and officials said it’s not clear if there’s a common cause.