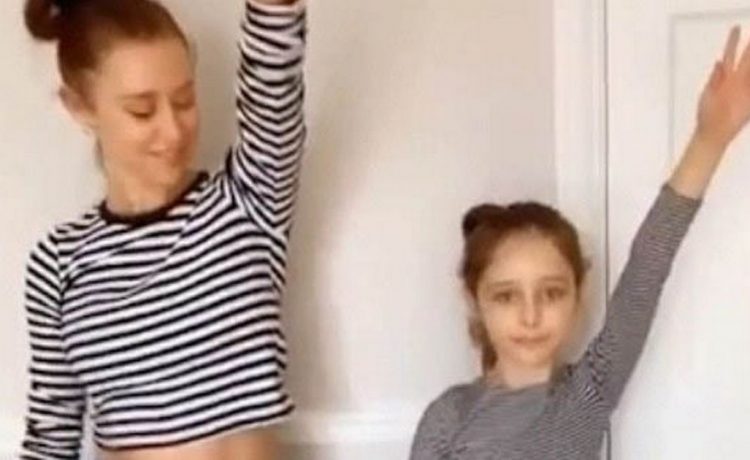 Una Healy has finally given into the TikTok trend as she joined her daughter Aiofe for a viral dance just hours after her ex-husband Ben Foden announced he’d welcomed a baby girl.

The former Saturdays star, 38, seemed in good spirits as she and her eight-year-old daughter – whom she shares with Ben – danced to Jawsh 685’s hit song Laxed.

Just hours before Una shared her dancing clip on her Instagram, Ben announced the birth of his baby girl Farrah with wife Jackie Belanoff Smith.

The mum and daughter duo teamed up to treat fans to a sweet dance routine, for which Una donned a casual outfit.

The singer opted for a striped long-sleeve top along with denim shorts as the pair hid away from the scorching sunrays.

Sharing the clip with her 632k Instagram followers, Una penned: “Just made my first #tiktok video!

“Aoife Belle was mad for us to do one so I said we would start off easy. Tadhg came in handy to film us,” alongside a laughing emoji.

The doting dad shared a string of adorable pictures of his daughter, revealing her name is Farrah Abra Foden.

He also shared pictures and videos from the birth.

It’s been a whirlwind year for the couple who tied the knot last August after only two weeks of knowing each other.

The pair stunned their online followers by sharing pictures of their surprise wedding ceremony which took place on board a luxury yacht in Massachusetts.

Ben said he popped the question to New York socialite Jackie after she swept him off his feet following his split from Una Healy.