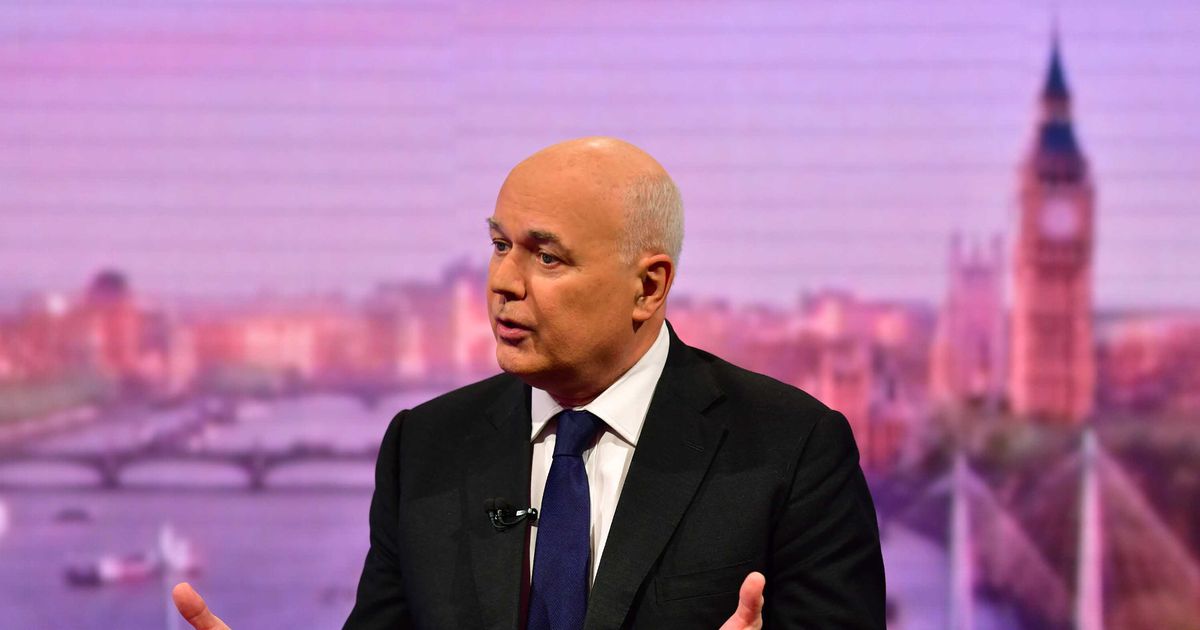 Britain turned down an American offer to send warships to escort commercial vessels through the Gulf, a former Tory leader claimed.

Ex-Cabinet Minister Iain Duncan Smith, a former Scots Guards officer, tore into the Government’s record in the run-up to the seizure of the Stena Impero, which has triggered a fresh crisis with Iran.

But the Ministry of Defence shot down the claims stressing that there were “extensive ongoing cooperation with the US about maritime security in the Gulf”.

He believed the UK should have been braced for retaliation by Tehran after Royal Marines helped Gibraltarian authorities seize the Grace 1, an Iranian tanker, earlier this month.

He told the BBC: “I think there are genuine questions to be raised right now about the British Government’s behaviour.

“I say this as a supporter of the Government.

“The fact is that we have seized an Iranian tanker – if something didn’t send an alarm signal that we needed to have serious assets or protection and convoying of our vessels in that area then I want to know why not.

“I understand … from reasonable sources that Washington had offered the UK Government – even in the event that they haven’t quite agreed an allied position to this – to use US assets to support British shipping and they were not taken up at the point.”

With only one frigate, HMS Montrose, in the area, “and no accelerated attempt of assets”, he blasted “a major failure”.

He added: “The Government has to answer this charge very quickly indeed.”

A Government Spokesperson said: “This is completely untrue.  We have extensive ongoing cooperation with the US about maritime security in the Gulf, and have had for years.  We always keep the situation in the Gulf under review and discussions are underway with the US and other partners about how best to enhance protection for our shipping given the increased threat.”

Meanwhile ministers are understood to be considering freezing assets of the Iranian regime after its forces seized the UK-flagged tanker.

Foreign Secretary Jeremy Hunt could unveil new diplomatic and economic measures as early as tomorrow as the crisis deepens.

The UK may also ask for sanctions against Iran by the United Nations and European Union to be reimposed.

The measures were lifted in 2016 as part of a deal to curb Iran’s nuclear programme.

But Donald Trump last year slapped the US’s “toughest ever” sanctions on Tehran after abandoning the pact – the Joint Comprehensive Plan of Action – signed by his predecessor Barack Obama.

The American President reimposed reinstated all the measures axed under the 2015 nuclear deal, targeting Iran and states that trade with it.

They were designed to hit oil exports, shipping and banks.

Mr Trump has since signed an executive order targeting Iran’s supreme leader Ali Khamenei and his associates with financial sanctions.

The current crisis between Iran and the UK was triggered by Britain enforcing separate EU sanctions against Syria.

Royal Marines boarded the Iranian tanker Grace 1 because officials believed it was set to bust rules preventing the trade of oil with Bashar al-Assad’s brutal regime.

However, Tehran accused the UK of acting on America’s behalf to enforce sanctions against Iran – a claim strongly denied by the British Government.