NewsGroove Uk
NewsGroove Uk > Money > UK on brink of recession and will fall behind all major economies except Russia, OECD warns
Money

UK on brink of recession and will fall behind all major economies except Russia, OECD warns 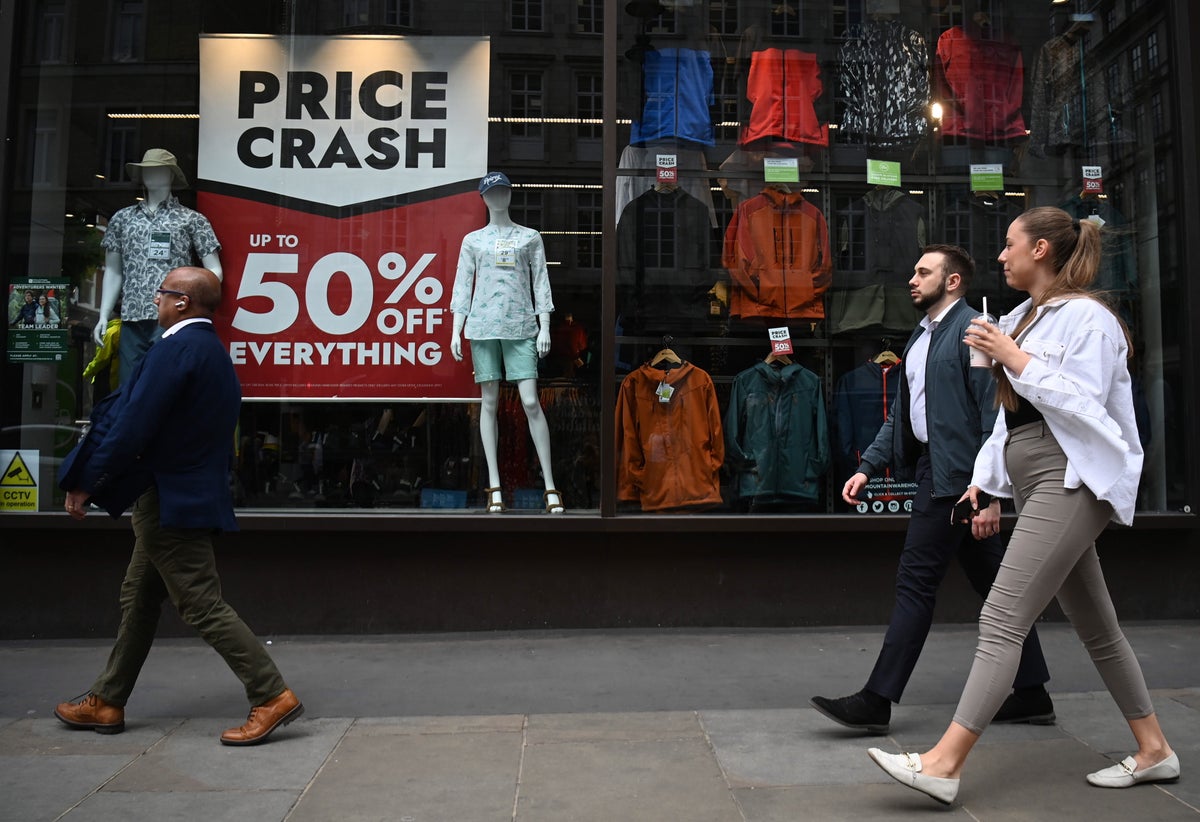 Britain is on the brink of a painful recession as prices continue to rise rapidly and the economy records zero growth next year, according to new analysis.

The Organisation for Economic Co-operation and Development (OECD) predicted that the UK will be the worst-performing economy of any nation in the developed world apart from Russia in 2023.

The euro area economy is expected to expand by just 1.6 per cent and the US by 1.2 per cent while the UK lags behind with zero growth.

Analysts said even if the UK narrowly avoids a recession, 2023 is likely to be another year of falling living standards with the lowest-income groups hit hardest by soaring inflation stoked by the war in Ukraine.

The OECD warned that war had immediately slowed the global economic recovery from Covid-19 and pushed up prices, with Europe impacted most severely because of its heavy reliance on Russian oil and gas imports.

The war again underlines the pressing need to ensure energy security and accelerate the green transition, the OECD said, as it slashed its forcecast for global growth to 2.8 per cent next year, down sharply from predictions made in October.

“Countries worldwide are being hit by higher commodity prices, which add to inflationary pressures and curb real incomes and spending, dampening the recovery,” OECD secretary-general Mathias Cormann said on Wednesday.

“This slowdown is directly attributable to Russia’s unprovoked and unjustifiable war of aggression, which is causing lower real incomes, lower growth and fewer job opportunities worldwide.”

Ms Gregory was slightly less gloomy than the OECD, pencilling in an expansion of 1.5 per cent with inflation falling from 10 per cent this year to 4.8 per cent next year as price pressures on energy begin to relent.

Low growth and high inflation would mean a further drop in living standards for British houseolds which have already begun to feel the effects of a cost-of-living crisis.

Fuel prices have surged to new record highs on an almost weekly basis while energy bills are on course to more than double.

“That economic growth in the UK will grind to a halt next year, with only Russia performing worse than us in the G20, is a shameful indictment of the chaos and incoherence of this Conservative government,” Ms Reeves said.

“It reveals a Tory economic strategy centred around low growth and high taxes.

The OECD’s report suggests further price rises are in store with inflation remaining higher for longer than had previously been expected, reaching levels not seen since the 1970s in some countries, including the UK.

The club of wealthy nations also warned that the world’s poorest economies are at risk of a “serious food crisis” because of supply shortages and elevated costs stemming from major disruption to exports of grain from Ukraine, one of the world’s largest producers.

Further disruption to oil and gas supplies would result in a bigger economic hit for Europe, the OECD said. If Russian gas pipelines were cut off completely, the OECD expects eurozone growth to fall another 1.25 percentage points, tipping the continent close to recession territory.

Other experts said it could be worse than that.

“If an embargo happened in the next six months you would get an additional energy shock in winter. Europe would be in a very tight spot, especially if it is a cold winter,” said Claus Vistesen, chief eurozone economist at Pantheon Macroeconomics.

“Europe would take a significant economic hit and probably fall into recession.”

Mr Vistesen questioned whether European leaders would have the political resolve to suffer the further jump in energy prices that an embargo would cause.

JennyMcKeown, head of global at Capital Economics, said a worst-case scenario could see the German economy shrink by 6 per cent.

“Assuming that labour market support schemes offer some cushion to the economy, the decline shouldn’t be that sharp but we would be looking at a significant recession and some long-lasting economic consequences.”

It came as the boss of one of the world’s biggest commodity traders warned that oil prices could enter a “parabolic state” as supplies dwindle later this year and buyers compete for limited barrels of crude.

“We have got a critical situation,” Jeremy Weir, chief executive of Trafigura, told a Financial Times conference on Tuesday.

“I really think we have a problem for the next six months . . . once it gets to these parabolic states, markets can move and they can spike quite a lot.”