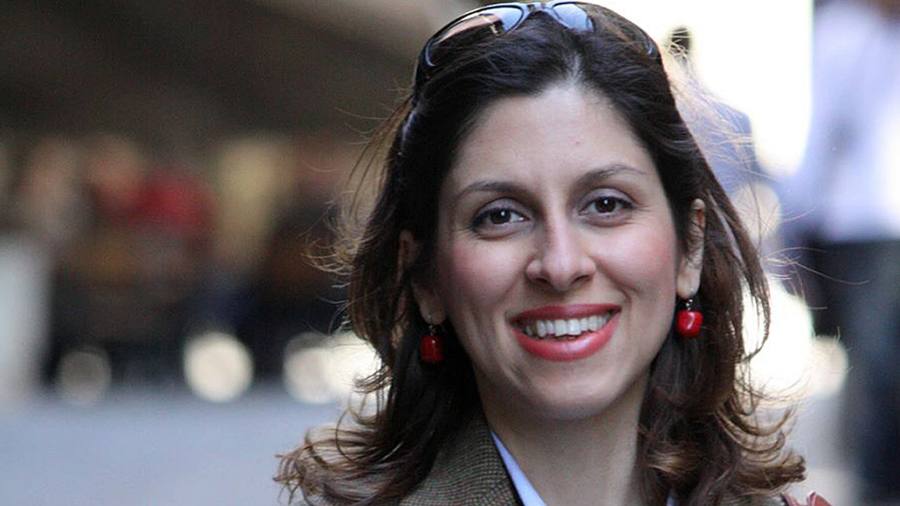 Nazanin Zaghari-Ratcliffe, the British-Iranian woman imprisoned in Iran, has been granted diplomatic protection in an attempt by the UK government to end the impasse over her treatment.

The highly unusual decision by the UK Foreign Office comes nearly three years after Zaghari-Ratcliffe, a charity worker, was detained.

Diplomatic protection, a status founded in international law, differs from diplomatic immunity, which applies to officials. But granting it elevates the dispute over Zaghari-Ratcliffe to a state-to-state issue, above the level of normal consular assistance and diplomatic pressure. No other British citizens have been granted such protection in recent years.

Jeremy Hunt, the foreign secretary, warned the move was “unlikely to be a magic wand”, but would demonstrate “to the whole world that Nazanin is innocent and the UK will not stand by when one of its citizens is treated so unjustly”.

The UK had “not taken this decision lightly”, and had considered “not just lack of access to medical treatment but also lack of due process in the proceedings brought against” Zaghari-Ratcliffe, Mr Hunt said. The UK had been “working hard” to secure her release, but “despite repeated efforts [we] have not been successful”, he added.

Richard Ratcliffe, Zaghari-Ratcliffe’s husband, said he was “really pleased” by the decision. He said there had been no “positive signs” about his wife’s case recently, despite intensive diplomatic efforts by Mr Hunt.

READ  Exclusive: Uber plans to sell around $10 billion worth of stock in IPO - sources

Zaghari-Ratcliffe, an employee of the Thomson Reuters Foundation, was arrested and eventually sentenced to up to five years in jail for spying. Her family and the UK government insist that she is innocent and had merely been in Iran with her young daughter to visit family.

Her case was exacerbated in late 2017, when Boris Johnson, then UK foreign secretary, stated that Zaghari-Ratcliffe had been teaching journalism in Iran. He later corrected himself.

Hopes for Zaghari-Ratcliffe’s permanent release rose last August when she was granted three days of freedom. However, she was returned to prison, and now receives only weekly visits from her daughter.

Mr Ratcliffe, who has not been given a visa to visit Iran, said his wife’s wellbeing “varies” and was “very bleak last week”. He has previously suggested that the UK should settle a longstanding debt relating to the sale of tanks to Tehran before the Iranian revolution. The UK government says that it is prevented from doing so by EU sanctions.

The dispute over Zaghari-Ratcliffe has come at a tense time in the west’s relations with Iran. The UK, with other EU countries, has lobbied for a continuation of the international deal with Tehran curbing Iran’s nuclear programme, which US president Donald Trump pulled out of. However, Zaghari-Ratcliffe’s fate has appeared caught between different factions in Iran.