A leading UK climate scientist has used the Facebook page of the MP Craig Kelly to correct his “blatant misrepresentation” of a study she co-authored on a 70,000-year history of bushfires in Australia.

Kelly, a serial denier of climate change, has been using the 2011 study to claim rising CO2 in the atmosphere can’t be linked to Australia’s bushfire crisis, because the study had shown total area being burned was going down while CO2 is rising.

But Prof Sandy Harrison told Guardian Australia: “I am a working scientist and I do not routinely engage in arguments on social media, but I do not think that the misuse of scientific analyses should be allowed to go unchallenged.”

Kelly picked a sentence in the study that said all regions of Australia had shown reduced fires “during the last 50 years”.

Kelly wrote: “Yet again, the truth is the exact opposite of the Alarmist narrative peddled in the media and swallowed, hook line & sinker by the naive and gullible.”

But Harrison, of the University of Exeter, told Guardian Australia the study was about historical changes, and “not about the modern situation”.

She said: “The paper explicitly shows that climate warming intervals in the geologic record are characterised by more fire, all other things being equal, and thus demonstrates exactly the opposite to Mr Kelly’s claim.”

She said while it was correct that there had been a reduction in area burned, the scientists “provide an explanation for this in the very next sentence after the one [Kelly] quotes”.

“Specifically, in many regions of the world, including Australia, human transformation of the landscape through the introduction of agriculture and infrastructure results in reduced fire spread and a reduced burnt area.”

She said a reduction in burnt area over the last 50 years “does not negate the fact that climate warming is going to lead to increases”.

She said that “landscape fragmentation” had been countering the impact of global warming on the spread of fires, but added “the number of large and intense fires has gone up”.

“It is, alas, not difficult to predict what will happen if politicians continue to take a partial and prejudiced view of the science. They will continue to ignore the fact that the evidence shows that, even if there has been a reduction in area burnt in the recent historical periods, there has been an increase in fire frequency and severity associated with human-induced climate change. And that the risk of catastrophic fires will continue to increase.”

She added: “As a scientist, my job is to tell you the facts. Your job is to act on them.”

Kelly has been prolific in his Facebook attacks on the “climate alarmist cult” and the “prophets of doom” in the past few weeks.

READ  NASA news: Hubble picture snaps glimpse of what will happen to our Sun in 4 billion years

Senior government MPs have tried to distance themselves from Kelly’s views, after he gave an interview earlier this month on the UK’s Good Morning Britain show in which he was described as a “denier”.

While Australia continues to be devastated by bushfires, Kelly has launched angry attacks on climate scientists, often in all caps.

On 3 January, Kelly linked to a blog by a UK group known as Principia Scientific International, which has previously claimed that CO2 is not a greenhouse gas.

Responding to Harrison’s comments, Kelly has given interviews defending his statement, and repeating his original points. On Facebook he called the study an “inconvenient fact for the climate alarmist cult” and said the responses to it had been “pathetic”.

Kelly wrote: “These researchers should be out their attempting to correct the harmful myth held by climate cultists – yet they appear too frightened to admit the facts of their own research.”

In defending his original post, he pointed to another study by Prof Stefan Doerr, who is currently the editor in chief of the International Journal of Wildfire.

But last week Doerr joined colleagues to carry out a “rapid review” of the science on bushfires, saying: “The fact that fires are increasing in areas within or near closed canopy forest is the key issue of concern. This is one of the land cover types where direct impact on societies is greatest.

“It is also important to highlight that most studies predict increased lightning activity in a warming atmosphere, which further exacerbates wildfire risk.”

READ  The 'holy grail' of plastic? Scientists create material that can be recycled over and over again 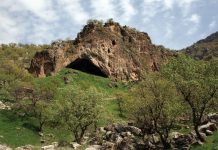 Restoration work inside Pompeii's House of Lovers – in pictures