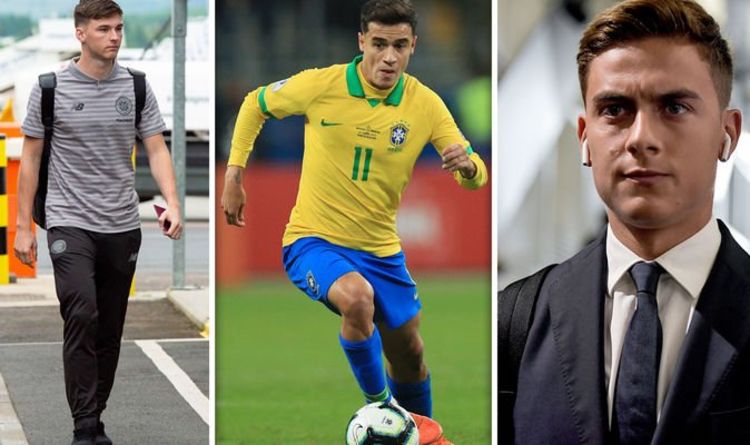 The Manchester City boss has been interested in the Spanish international all summer but has been in no hurry to pull the trigger on the move.

Real Madrid are keen to offload Isco, 27, to balance the books as a heavy summer re-building programme and he is a player Zinedine Zidane is willing to lose.

The Premier League champions have had a quiet transfer window with Guardiola only so far adding three players to his squad.

Ole Gunnar Solskjaer insists Paul Pogba is staying at Manchester United and should face Chelsea next week in their first game of the season.

Pogba has been linked with Real Madrid all summer after claiming it was time for him to move on.

But Solskjaer believes he will remain and said: “I have no doubts at all. I wasn’t expecting him [on the plane]. I spoke to him after training and he didn’t feel right.

“Paul will probably be back early next week training. It’s not an injury, he just felt some pain. We didn’t want to risk anything this weekend and he should be OK for Chelsea. I hope so.”

The winger is on Tottenham’s radar but they have struggled to move Danny Rose on to make space, and Parker admits Fulham aren’t sure where they stand.

“Future-wise, I’m not sure,” he said when asked about Sessegnon’s future.

“In terms of why he’s not here with us is due to the fact he’s coming back from a hamstring injury, which he’s rehabbing.

“He’s back on the grass jogging. He’s progressing well. I’m not sure really. Obviously I’ve read all the speculation.

“We’ve all seen the speculation over the summer. To this point now there’s been nothing which suggests to me that would be the case.

“We’ll prep and plan with Ryan around.”

Chelsea are prepared to let Danny Drinkwater and Tiemoue Bakayoko leave this summer despite their transfer embargo.

Blues boss Frank Lampard has seemingly decided they still don’t fit into his plans and he is ready to cut them loose.

That would show Lampard has faith in the likes of Mason Mount and Ruben Loftus-Cheek, when back from injury, to form an important part of his squad.

Mount has impressed during pre-season and looks likely to start the season for Chelsea against Manchester United next week.

Manchester United are still some way off agreeing terms over deals for Paulo Dybala or Mario Mandzukic.

Both Juventus forwards are on United’s radar and they have been in talks to sign the duo.

But it is understood no deal is imminent despite Romelu Lukaku being keen on a move to Italy.

Either Juve could come in as a replacement for Lukaku but Ed Woodward needs to act fast to get a deal over the line.

Manchester United are preparing to announce the signing of Harry Maguire after he underwent a medical yesterday.

Maguire will become the most expensive defender in history – overtaking Virgil van Dijk.

Maguire was seen arriving for his medical at Carrington yesterday and the deal will be announced today or tomorrow.

Arsenal are set to hold talks with Barcelona over a deal for Philippe Coutinho.

Arsenal meet Barcelona today and Head of Football Raul Sanllehi is set to meet his counterparts to discuss a potential loan deal for the former Liverpool star.

Coutinho is surplus to requirements at Barcelona and they are ready to send him out on loan.

Barca have signed Antonie Griezmann and want to sign Neymar so need to clear the decks to make room in the budget.