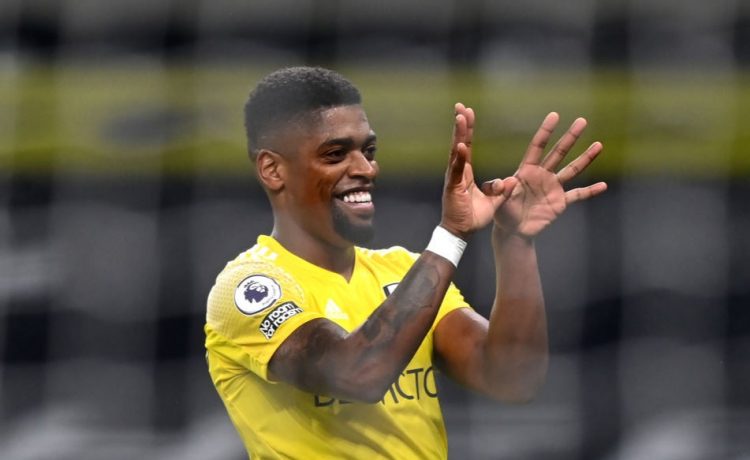 Follow all the action as Tottenham Hotspur host Fulham in a hastily rearranged London derby in the Premier League this evening.

Parker sent out a strong starting eleven for Fulham’s FA Cup third round victory over west London rivals QPR as the club seek to maintain their newfound momentum. It was not quite an avalanche of points, but four draws in succession in the league still represented a marked improvement before an outbreak of Covid within the Cottagers’ squad. Spurs, meanwhile, still have an optimistic eye on the title race and victory tonight would see them move to within four points of leaders Manchester United. Their squad is well-rested, too, after a heavily rotated side defeated Marine in an FA Cup tie to remember last time out.  Follow all the action live below:

87 mins: Kamara gets in behind on the right hand side. He darts into the box and lays it off to Robinson. He takes a touch and then belts one at goal but Aurier gets in the way and blocks it.

84 mins: Ivan Cavaleiro  makes way for Aboubakar Kamara. Fulham seem pretty comfortable here. It looks as though they’ll take at least a point from this game if not more.

81 mins: Tanguy Ndombele goes off for Tottenham with Carlos Vinicius coming on. He comes into the match on the back of a hat-trick against Marine in the FA Cup.

78 mins: Huge chance! Spurs are throwing this away. Lookman has been a delight since coming on. He storms directly at the backline before sliding a pass into the box for Loftus-Cheek. He goes for goal but is blocked by Lloris.

72 mins: Off the post! Tottenham break and Sissoko sends the ball into the box for Son. He outpaces Andersen and slots to the ball across goal looking of the far bottom corner. The shot hits the inside of the right post and bounces away into the hands of Areola.

69 mins: Cavaleiro floats a Fulham free kick into the box but Sissoko is up high to win the initial ball. He heads it away but it’s taken up by Anguissa and switched to the left wing. Lookman takes the ball into the box and shoots but is denied by a sprawling Davinson Sanchez.

66 mins: Robinson’s cross is blocked by Sissoko and the ball goes out for a Fulham corner. The corner is whipped into the box and dealt with by Spurs.

63 mins: It’s all a little untidy in the Fulham final third as Spurs try to work the ball into the box and Fulham attempt to clear it. Neither team is able to get a good purchase on the ball until Kane chips one into the box for Son but it’s plucked out of the air by Areola.

60 mins: Hojbjerg brings Loftus-Cheek down on the edge of the box. Bobby De Cordova-Reid takes the free kick but whacks his shot into the wall.