Mr Hancock and Gina Coladangelo were caught on CCTV kissing in Mr Hancock’s office in the Department of Health in May, sparking a scandal that eventually led to his resignation in disgrace

The affair was exposed two months ago (

Tory MPs are being asked to spy on their colleagues to avoid another embarrassing Matt Hancock style affair scandal, reports claim.

A source said ministers don’t want to be caught out for a second time after video emerged exposing the minister in a clinch with an aide.

The shamed former Health Secretary was last week pictured in the Swiss Alps with his lover Gina Coladangelo, some two months after he was caught out in leaked pictures.

The affair saw the disgraced MP leave his wife of 15 years and quit his ministerial post after he was exposed.

Mr Hancock then resurfaced in August when he was spotted bodyboarding in Cornwall on holiday before being seen on his first holiday with his lover as a couple in the Swiss Alps last week.

Mr Hancock quit his post after the scandal emerged

Now, The Sun reports that fellow MPs have been asked to keep an eye out for any future indiscretions brewing in the corridors of power.

A source told the newspaper: “They’ve told MPs and whips to be keeping a close eye on who is going into whose offices and so on.

“They don’t want to be caught out again.”

The married dad-of-three went to ground for two months after bombshell footage of the couple emerged.

The pair had been caught on CCTV kissing in Mr Hancock’s office in the Department of Health on May 6, with the images published 10 days later.

At the time Mr Hancock was ordering Brits to observe social distancing guidance, including being “careful” when hugging people outside, despite their “yearning” for physical contact.

Despite being publicly backed by Prime Minister Boris Johnson, Mr Hancock resigned 48 hours later and said he wished to remain out of the spotlight for the sake of his children and wife Martha.

Mr Hancock was then replaced by Sajid Javid as Health Secretary. 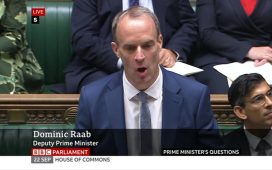 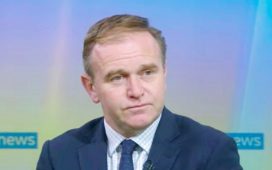