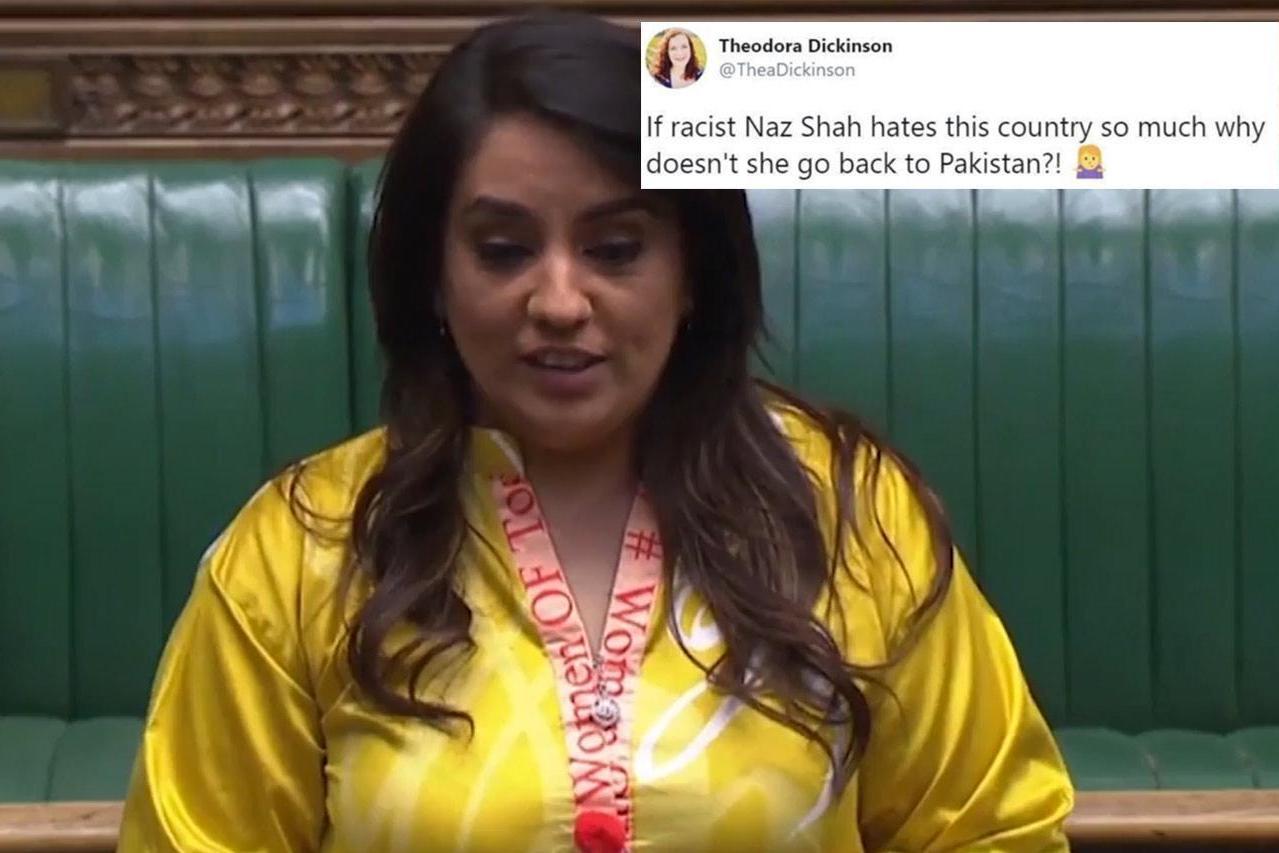 A Tory activist has been suspended from the Conservative Party after she said a Labour MP should “go back to Pakistan”.

The caption said: “If racist Naz Shah hates this country so much why doesn’t she go back to Pakistan?!”

The post has since been deleted and the Standard has made attempts to contact Ms Dickinson for a response.

She ran as a Conservative Party candidate in Deal in the 2019 local election, according to her Twitter account.

Ms Shah, a prominent Muslim MP who has previously spoken out about racism, told the Standard: “This kind of blatant racism will not deter me from speaking out.

“Quite the opposite, it just reinforces why it’s necessary to fight vile bigotry and intolerance and makes me more determined.

“The question for Boris Johnson is, why is this sort of person drawn to him and his party?”

Ms Shah was born and raised in Bradford West where she is now the serving MP.

In a piece for the Conservative Home website last year, Ms Dickinson was described as working for Vote Leave as well as running local and general election campaigns for the Tory party.

She describes herself on Twitter as a Conservative political communications and social media consultant.

In a statement Ms Dickinson said: “I am very sorry for my comments earlier today.

“I fully recognise how offensive it was, which is why I deleted the tweet almost immediately, though of course this does not excuse posting it in the first place.

“It was crass and insensitive.

“I have written to Ms Shah offering an unreserved apology.”

A Conservative Party spokesman said: “Theodora Dickinson has been suspended pending the outcome of an investigation.”

Harun Khan, Secretary General of the Muslim Council of Britain, said: “The [Conservative] Party must reflect and consider why it chooses to ignore widespread concerns about its institutional Islamophobia – if a truly independent inquiry is not enacted with its recommendations implemented, there will be a drip-feed of these stories for a long time to come.”

I rejoiced in Blair’s triumph in ’97. Will I ever get the chance to cheer again? | Will Hutton