Top 10 football matches of 2019 including Man Utd, Arsenal and that Liverpool comeback 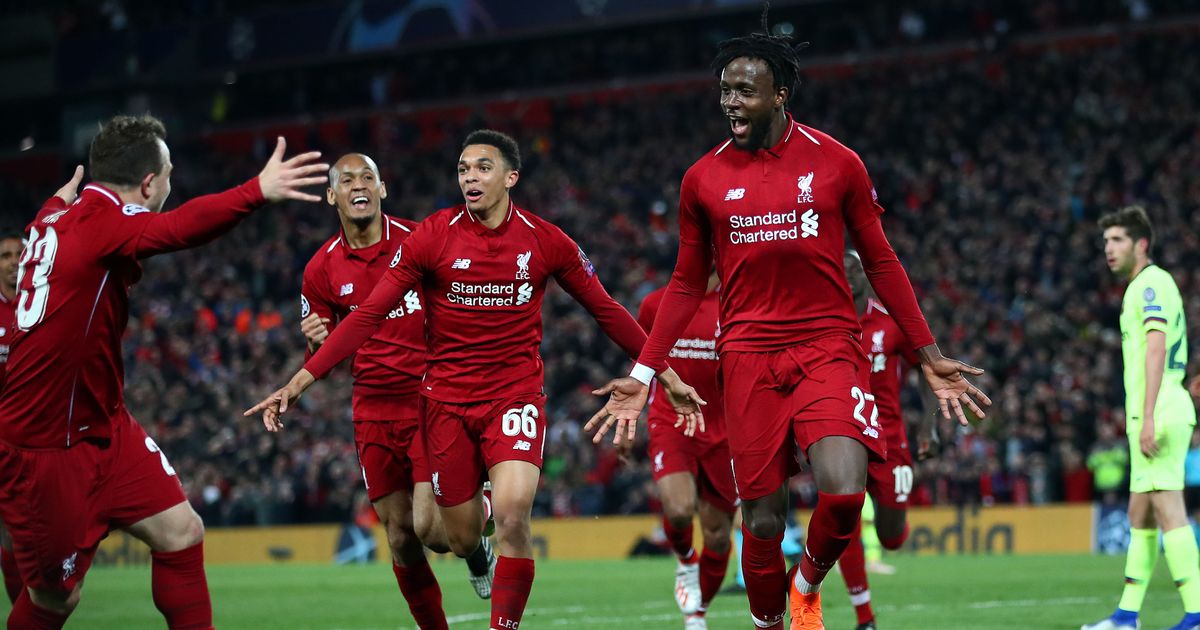 2019 has seen some incredible matches, including Tottenham Hotspur’s remarkable run to their first Champions League final and Liverpool ’s dramatic comeback on their way to a sixth title.

We also saw the fall of a dynasty as back-to-back-to-back European Champions Real Madrid were toppled by the sons of Amsterdam.

This season, we have seen the record for the largest Premier League win equalled and jaw-dropping 4-4 and 5-5 games at Stamford Bridge and Anfield.

So, from Champions League comebacks to Premier League classics, here is our list of the top 10 matches of 2019.

Gerard Deulofeu’s stunning display off the bench inspired Watford to a late comeback in the FA Cup semi-final.

Matt Doherty and Raul Jimenez put Wolves two goals ahead and the West Midlands club were cruising heading into the closing stages.

But substitute Deulofeu pulled one back in the 79th minute with a masterful clip over the goalkeeper before Troy Deeney was fouled in the box – firing home from twelve yards to send the tie to extra-time.

Deulofeu then struck the winner in the 104th minute to send his side into the final.

Veteran defender Wes Morgan looked to have salvaged a point for the visitors with his 87th minute header, but Diogo Jota was the hero on the day.

The Portuguese forward angled home in the 93rd minute to complete his hat-trick and continue Wolves’s remarkable surge to a seventh place finish.

Trailing 2-0 from the first-leg of the Champions League last 16 tie, United travelled to the Parc des Princes needing a huge performance.

Romelu Lukaku pounced on a defensive mishap to give the Red Devils a dream start, but Juan Bernat hit back for the hosts. Lukaku added his second after Gianluigi Buffon’s handling error, but United couldn’t find a third going into injury time.

Step up VAR. Presnel Kimpembe was judged to have blocked a shot with his hand ad Marcus Rashford smashed United ahead on away goals with a 94th minute penalty – Ole’s at the wheel.

Ajax’s young talent silenced the Santiago Bernabeu with the ultimate upset, overturning a 2-1 deficit from the first-leg to send Real Madrid – who had won three Champions Leagues in a row – out of the competition.

Hakim Ziyech, David Neres and Dusan Tadic put the visitors three goals up before Marco Asensio pulled one back for the hosts. But Lasse Schone hit back for Ajax and Nacho was sent off for Los Blancos as Ajax progressed to the quarter-finals.

A poor start for Southampton – as Ben Chilwell scored and Ryan Bertrand was given his marching orders for a dreadful tackle – became an absolute horror show for the Saints at St Mary’s.

Youri Tielemans added a second before Ayoze Perez and Jamie Vardy both scored hat-tricks, with James Maddison grabbing the other goal.

The Foxes were at their clinical best, scoring nine with an expected goals of only 4.38 and setting the tone for a fantastic 19/20 season by equalling Manchester United’s record for the biggest win in Premier League history.

Jurgen Klopp and Unai Emery both rotated their squads and brought in the youngsters for this Carabao Cup clash – the outcome was a 10-goal rollercoaster of a match.

There were five goals in either half – the pick of which included Mesut Ozil’s sublime backheel assist for Ainsley Maitland-Niles, former Gunner Alex Oxlade-Chamberlain’s thunderous strike from range, Divock Origi’s turn-and-shoot, and finally Joe Willock’s effort from outside the box to make it 5-4.

Liverpool’s cult hero Origi equalised with a brilliant volley in the 94th minute before young goalkeeper Caoimhin Kelleher denied Dani Ceballos in the shoot-out to send Liverpool through to the quarter-finals 5-4 on penalties.

Ajax led 3-1 at half-time thanks to Tammy Abraham and Kepa Arrizabalaga’s own goals and Quincy Promnes’ header. Donny van de Beek added another in the second-half but Ajax then unravelled.

Cesar Azpilicueta pulled one back before Daley Blind and Joel Vetman saw red in two minutes. Jorginho added his second from the spot and Reece James levelled the scores.

Azpilicueta thought he’d given Chelsea the lead in the 78th minute only for VAR to rule it out for handball – while Edson Alvarez and Michy Batshuayi both forced top saves in the closing stages as this rollercoaster of a match ended all square.

Heung-min Son’s late winner and Hugo Lloris’ penalty save gave Spurs a 1-0 advantage heading into a VAR-effected thriller in the second-leg of the Champions League quarter-final.

Five goals flew in in the opening 21 minutes before Sergio Aguero made amends for his penalty miss in the first-leg to put City 4-3 up on aggregate.

Then Fernando Llorente – playing in the absence of injured Harry Kane – put Spurs back ahead in the tie after the lengthiest of VAR checks to determine whether the ball came off his elbow or hip.

Deep into stoppage time, Raheem Sterling thought he’d completed his hat-trick to send City through – to Pep Guardiola’s animated joy in the touchline. It was despair for City and joy for Spurs, though, as VAR found Aguero to be offside in the build-up.

Spurs made history with an incredible comeback in the season of incredible Champions League results.

After losing 1-0 at home, Spurs looked all but out of the Champions League while trailing 2-0 at half-time in the Amsterdam Arena.

But Lucas Moura had other ideas and fired in a second-half hat trick – including a 96th minute away-goals winner – to stun a youthful Ajax side and send Spurs to Madrid for their first Champions League final.

Reeling from a 3-0 defeat at the Camp Nou and without key men Mohamed Salah and Roberto Firmino, Liverpool pulled off the impossible in yet another special European night at Anfield.

Then Trent Alexander-Arnold’s moment of inspiration from the corner flag caught the Barca defence napping and allowed Origi to score the most dramatic of winners to send the Reds to the Champions League final.