Tony Khan recently revealed he has spent eight figures of his own money on AEW’s video games.

Tony Khan recently revealed he has spent eight figures of his own money on AEW’s video game division, most of which will have gone on its upcoming debut console game.

AEW might still be less than three years old, but its early success makes it hard to imagine a wrestling landscape without it. Big names are joining the promotion’s ranks, and wrestlers who were relatively unknown when AEW launched are now household names in wrestling circles. Tony Khan also continues to prove he isn’t afraid to take risks to make sure AEW’s success continues to grow.

Eight Figures Of His Own Money

One area where Khan is very keen to make a splash is wrestling video games. The company has already released two mobile games, but its first mainline console game will be the real acid test. Khan mentioned during a recent media call that he has spent eight figures of his own money, so at least $10 million, on AEW’s video game division.

RELATED: Tony Khan Does Not Think AEW Will Ever Have A Full Roster

Although very little has been revealed about AEW’s first major video game, it seems likely that the majority of that investment has been on the console game. Development must be going well as Khan added he is confident he will make that money back. Since WWE and 2K don’t share specific development costs, it’s unclear how much it costs to create a wrestling game, but eight figures feels like enough that the game has to be a success.

AEW has shown off very little of the game so far. A trailer very early in development and some shots of what Darby Allin will look like in the game. However, the last we heard, Kenny Omega, who is close to the project, was hopeful AEW’s first big game will be here by early 2022.

That potential launch window was made a lot more interesting over SummerSlam weekend when WWE 2K revealed WWE 2K22’s has been delayed. The game won’t be here until March 2022 which might well coincide with the arrival of AEW’s first game. The Wednesday Night War might have ended, but six months from now we might have an all-new type of wrestling battle to watch pan out.

WWE What If…? The Rock Had Never Left For Hollywood

The Rock left WWE in the early 2000s to pursue a movie career, but what would have happened if he’d stuck around?

Josh has been writing for The Sportster since February of 2017. A love of all things pro wrestling brought him to the site, a sport that he has been mildly obsessed with since the age of 11 when he watched The Rock and Stone Cold headline WrestleMania X-Seven. His love of wrestling is matched equally by a passion for writing, and Josh graduated from the University of the West of England with a degree in journalism in 2014. Outside of watching wrestling Josh is a long suffering Bristol City fan, his local soccer team that he has supported since he was a child.

Follow Josh on Twitter @BristolBeadz where you can keep up with all of his articles as well as follow along with him as he tweets about most WWE PPVs in real time. 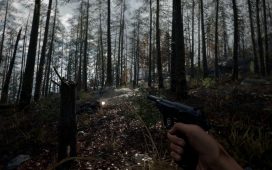 9 video video games so addictive that we can not prevent gambling, what's your downfall? – TheNewsTrace

Can video games make you a better driver? – The Star, Kenya