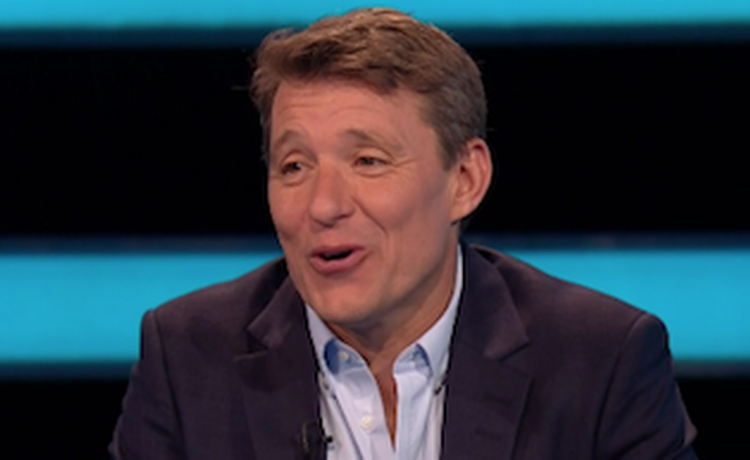 Tipping Point viewers were left scratching their heads on Monday afternoon as contestant Betty tried her luck on the tough ITV quiz show.

Host Ben Shephard welcomed four contestants to the famous studio as they battled it out to win the highly sought after cash prizes.

Betty, Ben, Chris and Rachel answered a series of questions to win turns on an arcade-style machine.

Dropping tokens down a choice of four chutes, they each hoped to knock piles of the counters off a moving shelve – the more they collected, the greater the prize fund.

Things got off to a tricky start for Betty as she got a series of questions wrong during the first round of the competition, including on about the digital clock wrong.

Ben asked the contestant: “On a 24-hour clock, how is quarter to nine in the evening displayed?”

Viewers at home were left feeling rather confused at the player’s answer and rushed to their keyboards discuss the moment.

Taking to Twitter, one fan penned: “Quarter to nine in the evening is displayed as 99? Oh Betty!”

A second person posted:”Laughed out loud at Betty’s answer of 9,9.”

While a third viewer said: “Oh Betty” alongside a seires of laughing emojis.

A fourth social media user said: “Oh dear some of those answers from Betty were ridiculous.”

Betty’s blunder saw her become the first contestant to get the boot from the latest edition of Tipping Point.

Ben was sent packing after the second round and Chris followed quickly after following his showdown with student nurse Rachel.

Contestant Rachel was the lucky contestant who made it through to the final round with a chance to win the jackpot prize of £10,000.

She told host Ben that she’d like to use the money for a trip to Australia to visit her friend and her two-year-old child.

However, Rachel decided to play it safe and not gamble the money she’d previously won on the show after failing to tip the jackpot counter over the tipping point.

The contestant walked away from the studio with £2,350 in her pocket.

Ahead of her departure, Rachel said: “My legs have stopped shaking.