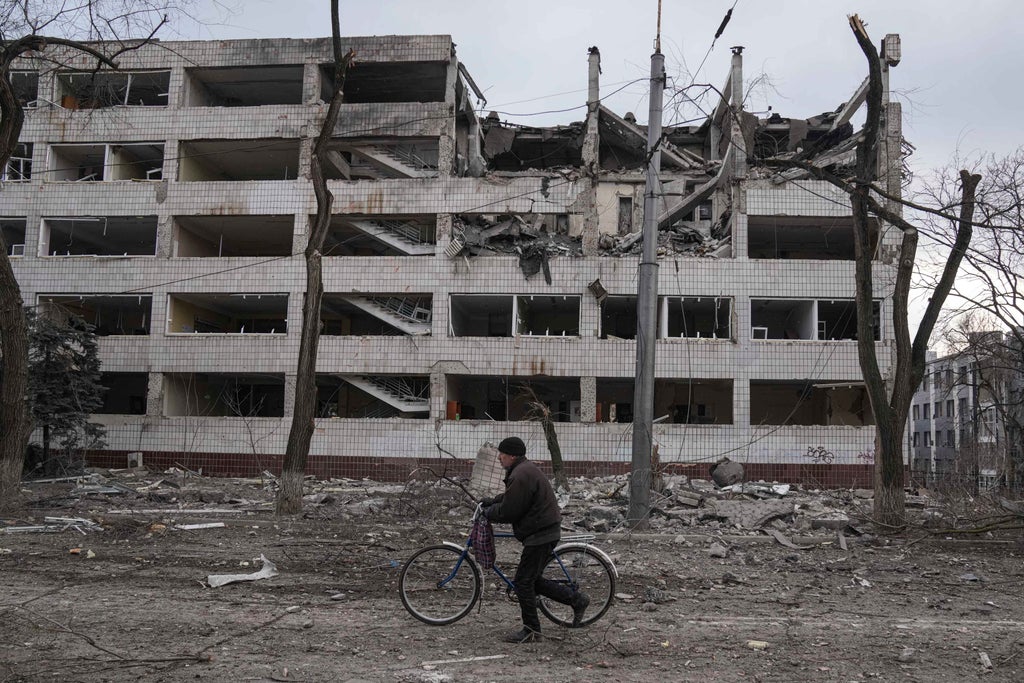 third Russian major general has been killed as the Ukrainian resistance continues to frustrate Vladimir Putin‘s invasion, a western official said on Friday.

The death of Major General Andrei Kolesnikov of the 29th Combined Arms Army is another blow to Russian forces who have been plagued by tactical errors and surprised by the Ukrainian fighting spirit, according to western officials.

It follows the killings of Maj Gen Vitaly Gerasimov, chief of staff of the 41st Army, who died outside Kharkiv, along with other senior officers and Maj Gen Andrei Sukhovetsky.

About 20 Russian Major Generals are believed to be taking part in the invasion.

But the latest fatality is thought to mean as many Russian Major Generals have been killed in Ukraine in just 15 days than during the entire Syrian civil war, during which Russia propped up the Assad regime.

Some of the Russian commanders killed are said to have come forward to the frontline. This would normally only be expected to happen if there were issues over decision-making, a lack of situation awareness or it needed their seniority to get troops to advance.

Russian forces have also so far failed to control the air space over Ukraine, which has frustrated the invasion further.

Troops are believed to have now been hit with a significant morale decline, partly due to the freezing weather, with temperatures having dropped to around minus nine.

Some units are also running low on supplies of food, fuel and munitions, having been in the field now for 15 days. including a 40-mile column of tanks and other military vehicles north of the capital Kyiv.

They are also said to again have made limited progress in the last 24 hours in advances to achieve key military aims.

Up to 190,000 Russian military personnel were deployed around Ukraine’s borders for the invasion, with the vast bulk of them now said to have been sent into the country.

Russian ground force plans are also believed to have suffered major setbacks due to the failure to take out Ukrainian air defences and air assets to gain control of the skies.

Ukrainian forces will also face challenges of maintaining supplies of food, fuel and munitions, especially in besieged towns and cities.

Vladimir Putin’s plan is still understood to be to encircle the Kyiv and seek to topple the current Ukrainian government.