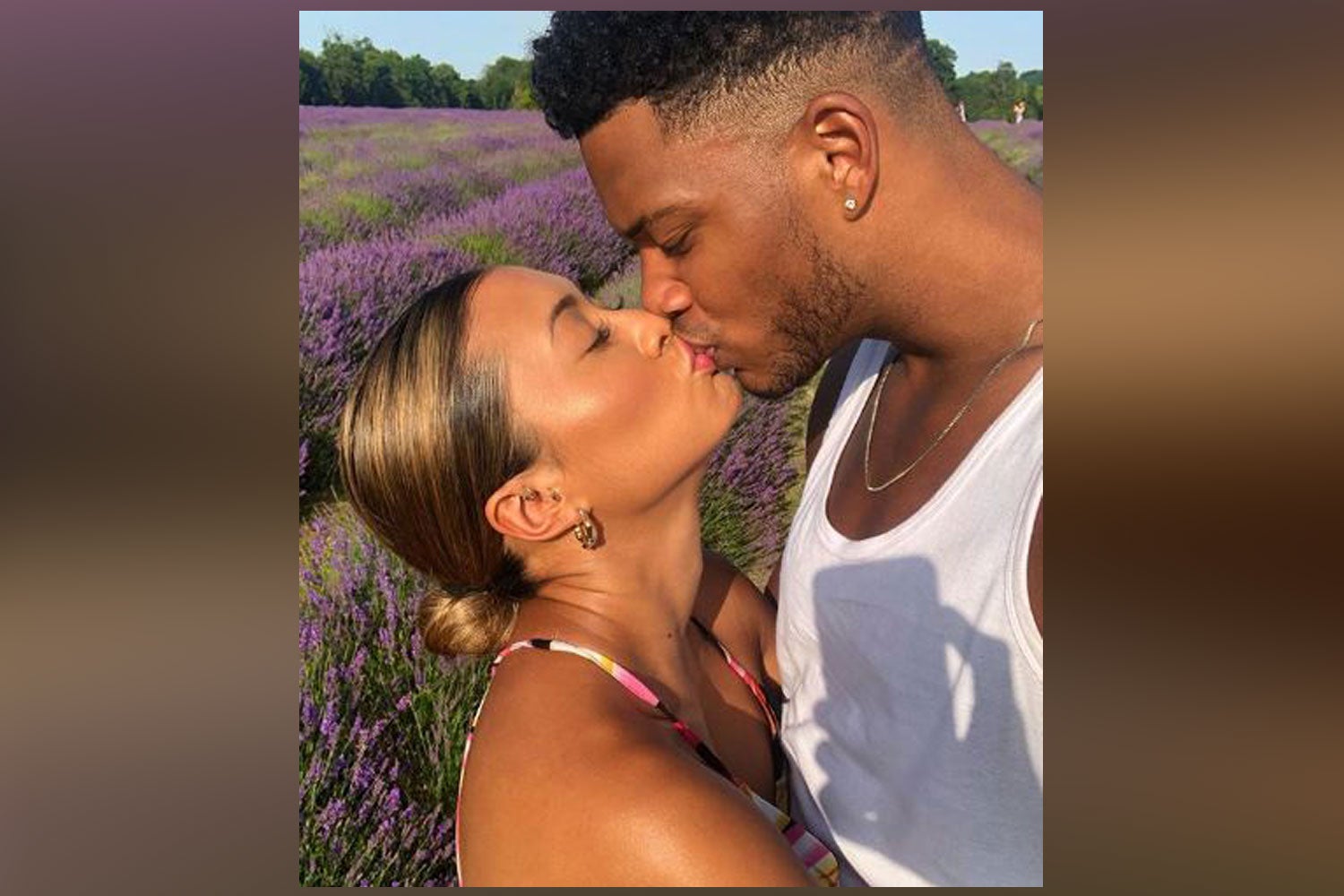 Former Love Island star Kaz Crossley has shared an emotional tribute to her boyfriend Theo Campbell after he lost sight in one eye in a shocking accident.

Campbell, 28, revealed earlier this week that he is currently blind in his right eye after it was split in half by champagne cork.

Crossley, who appeared on Love Island in 2018, posted an Instagram photo of the couple kissing in a field of purple flowers and praised her partner for “always looking at the positives” and retaining a “sense of humour” in a difficult situation.

“So I hardly post pics of us because although we both came from the show I wanted to try and keep some privacy as I feel like I have that choice to,” she wrote.

“But these last few days has [sic] shown me a lot and I want to tell everyone how you make me feel. Thank you for being unapologetically yourself, and being such an inspiration to many people.

“Your [sic] always looking at the positives and the fact you keep such high hopes when times are tough, I know we can get through anything. Thank you for keeping me so grounded, I love how you aren’t materialistic and judge people by who they are and not what they have.”

She added: “Even though we’ve been stuck in this hospital for a couple days now I would do it all over again because I know you would for me. One last thing I’m glad you didn’t loose [sic] your sense of humour otherwise I would have been really really bored.”

Yesterday, Campbell shared further details of the accident in a series of videos posted to his Instagram story and told fans that he remains “hopeful” that his sight may return, despite followers telling him of similar incidents which did not have “good endings.”

“A lot of the stories, they’re not good endings,” he said. “Out of the maybe 40 messages I’ve got, only five [people’s sight] came back and hopefully I’m one of them people [sic].

“I’m hopeful and I ain’t thinking I’ve lost my eye forever. They managed to save my eye so as long as I’ve got my eye it’s possible.”

Describing the accident, he said: “Someone sprayed champagne under these glasses in my eye so I take the glasses off and try and get the champagne out of my eye.

“Within a split second, I turn round […] Some girl in front of me got a bottle down by her waist, shakes it and I turn my head and perfect timing, it was a bullseye shot, hits me clean in the eye.”

He told fans that he intends to “eat a lot of carrots, get an eye patch, keep [his] eye dark” in a bid to aid his recovery.

“If I can’t see nothing in four weeks I might panic and cry but until then, fingers crossed, I’m always the comeback king and hopefully this is another comeback,” he said.

Campbell appeared on Love Island in 2017 and has previously competed in the 4×400 metre relay team for the United Kingdom.