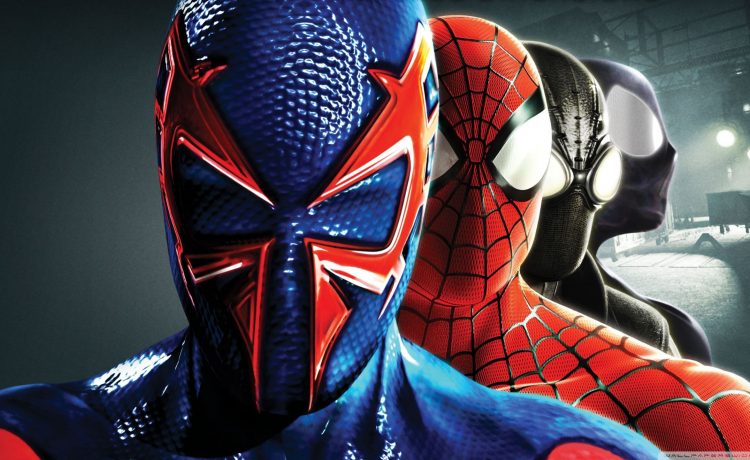 Developed as a single-player title that allowed fans to take on a whole list of baddies while switching between four Spider-Men — Amazing, 2099, Noir, and Ultimate — Shattered Dimensions was a unique video game treat for its time, sending gamers on adventures that spanned four different and distinct versions of Spider-Man’s world. One level you could be swinging through Marvel’s classic vision of New York City, while the next could send you to the black-and-white, 1930s-inspired Noir universe or the futuristic cityscape of 2099. Each Spider-Man had unique abilities too, and their levels usually required specific playstyles — Noir missions, for example, involved more stealth while 2099 could slow down time, and even featured boss battles with universe-specific baddies like The Goblin (a 1930s version of the villain) and Doc Ock 2099.

The story that ties all of these universes and Spider-Men together is pretty good, too: Spidey accidentally shatters a mystical artifact known as the Tablet of Order and Chaos while fighting Electro, breaking it into 17 fragments that end up scattered across the four universes. So Madame Web recruits the four aforementioned webslingers to recover the fragments and bring order back to the multiverse.

This is the kind of setup fans of comic book crossover events would undoubtedly love, and each level in the game does really feel like another chapter (or issue) of the story. It makes perfect sense, then, that the game’s story was written by Dan Slott, who was just at the start of his decade-long Spider-Man run (2008-2018), the longest in Marvel history, when Beenox began work on the game.

READ  Your Halloween horror-scope: Movies sure to terrify you, based on your astrological sign

Inspired by other Spider-Men stories from the ’90s like the controversial “Clone Saga” and the “Spider Wars” arc in Spider-Man: The Animated Series, which also opens with Madame Web recruiting and training a group of Spider-Men to save the multiverse, Slott’s work on Shattered Dimensions was a precursor for what would come next at Marvel Comics: several multiversal clashes that seriously expanded the scope of what Spidey stories could be.

In 2012, Brian Michael Bendis finally introduced Peter Parker to his Ultimate Marvel counterpart Miles Morales in the 5-issue miniseries Spider-Men, which partly inspired Into the Spider-Verse. While an extremely popular addition to the Spidey mythos, Miles had existed solely in his own universe and timeline in the comics up until this point. It’d taken 12 years for Ultimate Marvel characters to cross over with the main Marvel universe, but even this meeting of Spider-Men was small-scale when compared to what Slott brought to the table next: 2014’s “Spider-Verse” storyline that brought together all of the versions of the hero he had used in Shattered Dimensions plus quite a few others.