The Rock Shames Friend for Seeing Cats Twice Before Jumanji 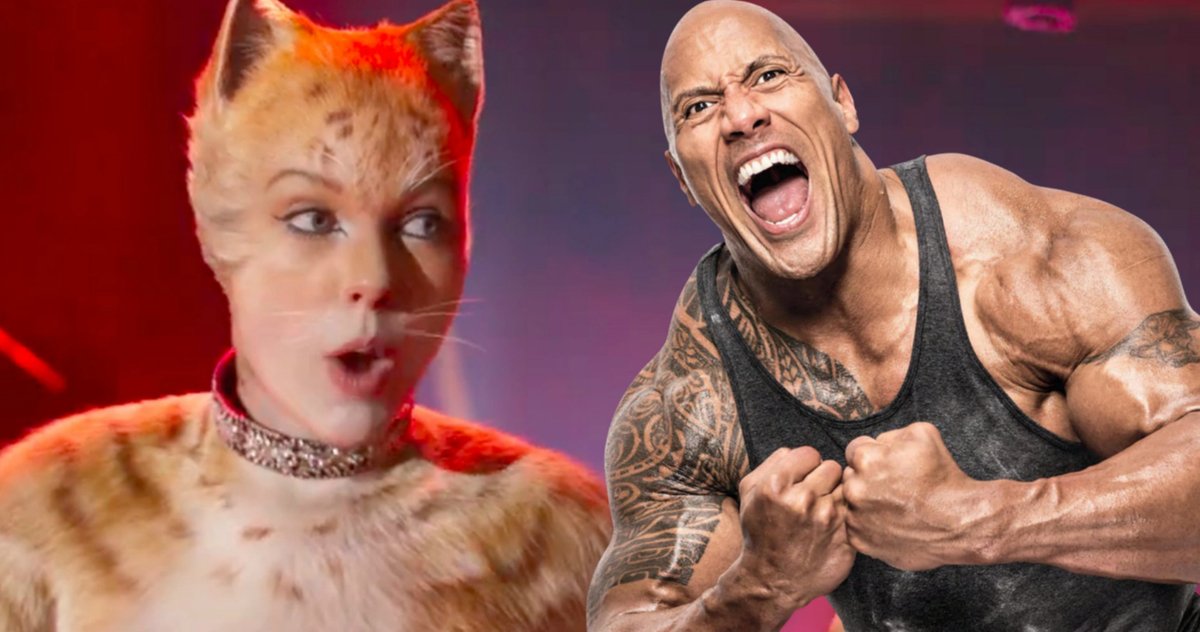 How dare any of you see Cats twice before you even see Jumanji: The Next Level one time. That seems to be the conceit behind The Rock’s latest tweet over the long holiday weekend. His friend had the absolute gall to go see the much maligned musical Cats, based on the Broadway hit, two times in theaters before seeing the latest Jumanji sequel one time. So Dwayne Johnson called her out big time, publicly shaming his friend on Twitter.

It appears that The Rock may have jumped the gun. In a later response, Devan Coggan claims to have seen Jumanji: The Next Level earlier in the month, closer to its debut. Devan is a writer for Entertainment Weekly. She says this about being called out by her blockbuster franchise having friend.

Hey, I already saw Jumanji weeks ago!!! I had to support my close personal friend… Danny DeVito.

When it comes to box office success, Dwayne Johnson doesn’t really have to worry about Jumanji: The Next Level. Released on December 13, the anticipated sequel has earned $151.8 million in the states with a worldwide box office take of $363.2 million, working against a $125 million budget.

It’s already a financial hit, and is expected to have theatrical legs into the New Year. There is already a Jumanji 4 in the works, which will bring the game’s characters into the real world for the first time, with a plot that mirrors Robin Williams’ original classic.

READ  Chucky Did It: New Child's Play Clip Has Andy in a Panic

Cats paints an entirely different picture. Released on the same weekend as the behemoth Star Wars: The Rise of Skywalker, the movie has been in theaters 9 days. So far it has made $14.6 million in the states with a worldwide take of $18.7 million. This is working off a budget of $95 million. Though it is just now heading into its second weekend, the movie is being called an outright bomb. But on that note, many believe it will become one of the true cult classics of this decade and will have a long shelf life as that bizarre oddity that must be seen to be believed.

RELATED: Cats Is Getting a CGI Update with Better VFX During Its First Weekend

Directed by Tom Hooper, the movie follows a tribe of cats called the Jellicles must decide yearly which one will ascend to the Heaviside Layer and come back to a new Jellicle life. While some had Oscar hopes while this was in production, it was announced yesterday that Universal Pictures has officially pulled Cats from its Awards Consideration page. The one new original song in the movie, “Beautiful Ghosts”, which was written by Andrew Lloyd Webber and Taylor Swift, did garner the film’s single Golden Globe nomination. But it is not eligible for the same category at The Academy Awards. On the up side, we’re sure it will sweep next year’s Razzies.