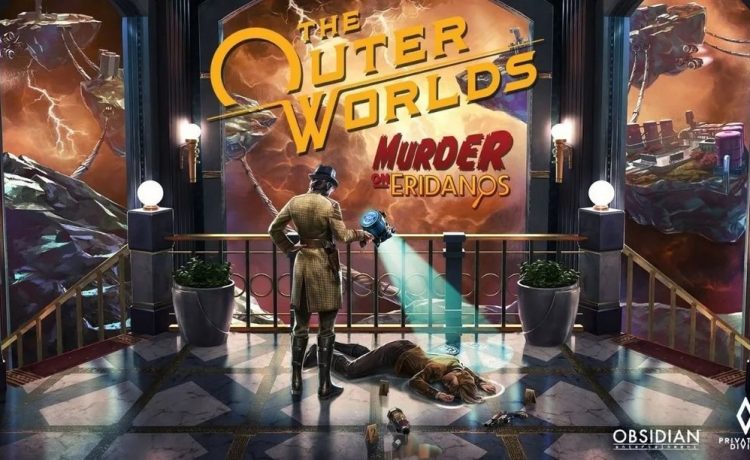 Private Division will launch The Outer Worlds’ second expansion, Murder on Eridanos, for PS4, Xbox One and PC on March 17, 2021.

The news was announced alongside the release of the expansion’s opening cinematic on Thursday.

Murder on Eridanos, which will hit Nintendo Switch in calendar 2021, sees players tasked with solving who killed the famous actress Halcyon Helen.

“You will have to interrogate witnesses, learn about potential alibis, and argue who you believe is responsible,” Obsidian Entertainment game director Megan Starks told the PlayStation Blog. “This also leads to some entertaining outcomes as it is up to you to decide what to do.

“Do you falsely accuse an innocent spectator? Do you present a poor case with lack of evidence? How will others respond? What happens if you try to convince people that you somehow are responsible for the murder? Yes, even that is possible!”

“To assist you in your new role as inspector, you will have access to a completely new tool known as the Discrepancy Amplifier,” Starks said. “This amazing device uses Science to reveal clues in your immediate surroundings. Not only does it expose details which will unlock new quest options, it also provides its own humorous analysis of those details.”

The first The Outer Worlds expansion, Peril on Gorgon, released for PS4, Xbox One and PC in September 2020 and increased the level cap to 33. It hit Switch on February 8, 2021.

Peril on Gorgon is available for $14.99 digitally or it can be purchased as part of the Outer Worlds Expansion Pass, which will also include Murder on Eridanos, for $24.99.

It was claimed last October a new The Outer Worlds game was in pre-production at developer Obsidian.

Microsoft, which acquired Obsidian in November 2018, has said it hopes to build The Outer Worlds into an “enduring franchise”, while Starks told VGC in 2019 that the studio is “absolutely interested” in fleshing out The Outer Worlds with future games and already has “a full universe of lore”.

Obsidian is currently working on Avowed, a triple-A fantasy RPG that takes place in Eora, the world in which Pillars of Eternity is set.