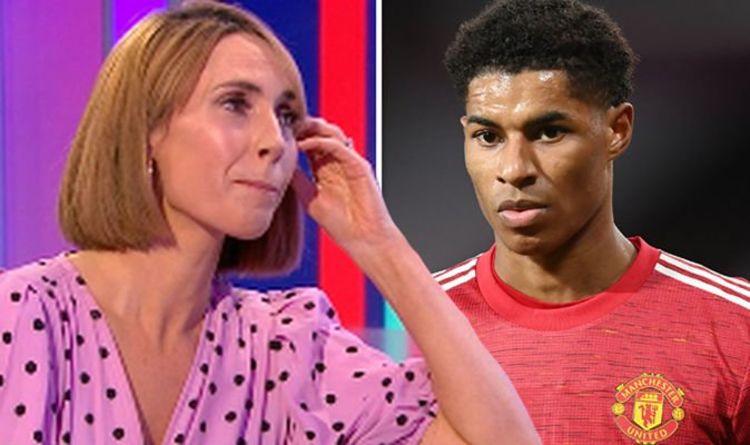 The One Show usually takes BBC One’s 7pm slot on weekday evenings but last Friday night, Alex, 43, announced the programme would be off-air until the New Year. With TV listings on all channels changing in the lead-up to Christmas, the broadcasting giant is following suit and as a result, it is providing more coverage on topical matters. To start the week off, viewers will be able to tune in and watch Marcus Rashford: Feeding Britain’s Children.

Marcus, 23, is best known as a professional footballer for Manchester United but earlier this year, the sportsman began a campaign to feed school children from disadvantaged backgrounds.

In the midst of the coronavirus pandemic, the goal scorer marched forward with a political campaign to ensure youngsters were fed during the academic holidays.

Millions of people across the UK were furloughed, which meant parents up and down the country found it harder to provide for their families.

The England striker has a very personal connection to his fight with the Government and in Monday night’s documentary, he will give an insight as to why.

He will explain how he went through a very similar situation when he was growing up and how his family had to make sacrifices to get food on the table.

Viewers will also hear from those who know the striker best, as well as Marcus meeting some of the families affected by the consequences of the pandemic.

During Sunday’s Sports Personality of the Year ceremony, the footballer received the Expert Panel Special Award for his efforts to front such a campaign.

As a result of his battle with the Government, the sportsman ensured 1.3 million children were fed during the school holidays this year.

Many of his fans congratulated the sportsman, with one writing: “You persuaded the Government to U-turn and ensured hungry kids were fed. You are an absolute hero and this award was so well deserved.”

Another added: “Well deserved fella. Keep up your amazing efforts. Your football can inspire and bring pleasure to people, but your work with vulnerable children is so much more worthwhile as it directly affects the vulnerable in our society.

“You are acting as a great role model,” they continued with a third commenting: “So very, very well deserved. You are a credit to humanity. Best wishes.”

It seems thousands of viewers will be tuning in to follow his journey on Monday night, but others will be missing Alex and the team at The One Show.

Providing viewers with an update on the future of the programme, Alex said: “I would like to say a big thank you to all my co-hosts.

“And to all the people here who you don’t see on camera and to our viewers. This year, you’ve been with me all the way.”

The host continued: “I hope you stay safe and have a lovely Christmas and we can’t wait to be back on your screens in 2021.”

Taking to Twitter in response to the show going off-air, one fan wrote: “Thank you guys for keeping us entertained through a very hard and emotional year we have had.”

The One Show returns in the New Year on BBC One. 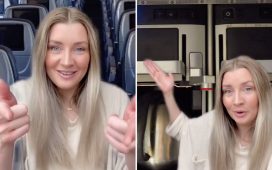