The Ninja Saviors: Return of the Warriors review – robot ninjas beat ‘em all

Taito return to the gaming scene with a remaster of The Ninja Warriors that confirms it as one of the best scrolling beat ‘em-ups ever made.

We almost dare not say it, in case it ends up being just a brief coincidence, but it seems like we’re in the middle of an unexpected renaissance for scrolling beat ‘em-ups. The genre almost went extinct after the end of the arcade era but has always been a favourite of indie developers. And now bigger companies have taken notice and are in the process of bringing back a range of familiar names. Streets Of Rage 4 is the highest profile, but there’s also the likes of River City Girls, Battletoads, and this: an unexpected, but very welcome, revival of The Ninja Warriors.

Although well regarded, The Ninja Warriors was never a particularly high-profile franchise but this remaster is interesting, not only because it’s really good but because it represents the first time that Taito has produced a new game in a long time – especially one not related to Space Invaders. Bubble Bobble 4 Friends has already been announced as a follow-up, and we can only hope this is part of a long-term revival plan.

The great thing about The Ninja Saviors is that most of the staff that worked on the original games are still around and worked on the remaster as well. They’ve done excellent work too, with re-drawn graphics that make it look better than almost any SNES game we’ve ever seen. It still looks like something from the early 90s but if you didn’t know exactly what was going on you’d mistake it for a high-end arcade title and not a home console release.

Since it is a scrolling beat ‘em-up the gameplay is far from complex and the story is similarly simplistic. We weren’t paying full attention, but it seemed to have something to do with a weird-looking mutant dictator who’s in charge of an army of brain-washed humans and robots. He seems to have used these to conquer the world and the only hope to stop him is… a quintet of cyborg ninjas?

Despite being dressed up in their best pyjamas there’s not really anything very ninja-ry about any of the cyborgs, as they slowly stomp through the side-scrolling levels murdering everyone they come across without the slightest hint of stealthy caution.

At the start of the game you pick from the three original characters: the slow but powerful Ninja, who’s armed with a giant nunchaku; the all-rounder Kunoichi, who uses knives and a sword; and the fast-but-weak Kamaitachi, who has a kusarigama (unusually, the fast-but-weak role is not given to the female character, who is instead the default choice). You also get two brand new characters that have to be unlocked, with female ninja Yaksha having extending Dhalsim style arms and Raiden being the biggest, and slowest, of them all.

It’s impressive just how different all the characters feel, in terms of their speed, manoeuvrability, weapons, and special moves. By the standards of most other genres it’s still a fairly limited repartee but compared to most other scrolling beat ‘em-ups it’s an unusually wide range of options. Especially as they can block, grab, dash, and perform simple combos, which begins to make the game feel like a missing link between scrolling beat ‘em-ups and modern titles like Devil May Cry 5 and Bayonetta.

The unusually wide range of moves comes at the expense of being able to move up and down, since the game takes on a single 2D plane – unlike most of its contemporaries. But it’s a price well worth paying for the more complex action. This includes an unusual amount of environment dangers, from incoming mortar strikes to hovering attack choppers, that can damage both you and the enemy, which adds another level of tactics and creates an unusual sense of fairness for an arcade game.

There’s also a local co-op mode, which the original didn’t have, which is especially welcome since it means you can pick two characters with very different aptitudes. An online option would have been nice as well, but the only other real complaint is that it’s rather short and to be honest we would’ve rather have had new stages rather than new characters.

The Ninja Saviors is still extremely shallow by most standards but that just comes with the territory for this genre. Scrolling beat ‘em-ups are all about the spectacle and the camaraderie, where being simple, dumb fun is all part of the appeal. But what’s always been a shame about the genre nearly dying out is that it’s obvious that it could have been evolved into something more, and The Ninja Saviors shows that was becoming a possibility even back in the 90s.

Viewed simply as a remaster this is a very welcome release but when you add in the return of Taito and the fact that this is one of the best scrolling beat ‘em-ups most people have never heard of it becomes a must-have for not just retro fans but everyone. And who knows, perhaps The Ninja Saviors will end up helping to save the whole genre from obscurity.

The Ninja Saviors: Return of the Warriors

The Ninja Saviors: Return of the Warriors review

In Short: A fantastic blast from the past that remasters a long-forgotten classic that should now be recognised as one of the best scrolling beat ‘em-ups ever.

Cons: Too short and despite being unusually involved compared to other similar games it’s still a pretty shallow experience.

MORE: Streets Of Rage 4 hands-on preview and interview – ‘It’s gonna be like listening to an album’ 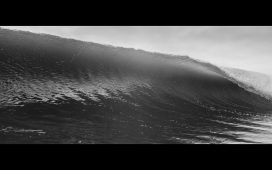 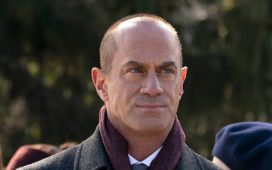