The Irishman ending EXPLAINED: What THAT final scene really meant 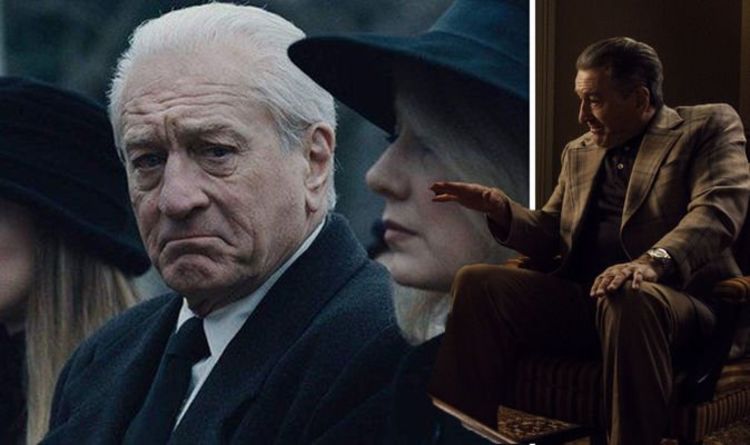 The Irishman is the story of the real-life friend of mobsters, Frank “The Irishman” Sheeran. Sheeran is played by Robert De Niro in a role many are calling his finest. The final scene is considered by many to be truly heartbreaking – but what did it mean?

The Irishman takes the viewers on a really interesting journey as they see Frank Sheeran go from being a man in the background to a man solidly in the foreground.

The story is based on a biography of Sheeran, called “So I Heard You Paint Houses,” in which he allegedly claims to have been behind the disappearance of union boss Jimmy Hoffa (played by Al Pacino) and the death of Joe Gallo, a mobster operating in New York City.

This story, though featuring both of those incidents, instead focuses on Sheeran’s rise through the ranks – from a simple truck driver who is secretly sneaking meat to mobster mates, to the bodyguard of Jimmy Hoffa, one of the most powerful men in the USA.

He also meets and becomes close allies with Rusell Bufalino (Joe Pesci), a crime boss operating in Philadelphia, as well as Angelo Bruno (Harvey Keitel) and other shady characters.

However, Sheeran also attempts to have a family life – marrying Mary after his move to Pennsylvania, but they divorced with three children in 1968.

He then married Irene, with whom he had four daughters, and The Irishman depicts how he ultimately became estranged from them over time.

This is where we come to at the film’s end – the closing shot is of Sheeran as an elderly man, sitting in his room on Christmas Day, while his family are likely meeting without him.

None of his daughters want anything to do with him, and he is clearly forgotten by the world despite supposedly having something to do with one of the biggest crime mysteries in the world – Jimmy Hoffa’s disappearance.

He asks the priest, who goes to visit him, to keep the door open a crack so he can feel as if he is still part of a community who knows him, but he knows there is no one waiting for him on the other side of the door.

Jimmy Hoffa also asked this of Sheeran, when he needed his friend and bodyguard to sleep nearby and guard him when he feared someone would be potentially taking his life.

Sadly for Hoffa, as the narrative of the film explores, it was his friends who he needed to be wary of.

The ending of the movie is clearly a completion of the allegory Martin Scorsese runs throughout the movie: there is a punishment for leading such a life.

In Goodfellas, another of Scorsese’s gangster epics, we see a group of men believing they are on top of the world and untouchable due to their business acumen, willingness to kill and threaten where necessary, and general attitude to the world.

However, they quickly realise this is not the case, and at the end of the day, someone must pay the piper.

For Henry Hill (played by Ray Liotta) he eventually breaks the fourth wall to tell the audience how much of a “rat” he is, realising his so-called charmed lifestyle is just an illusion.

But for Frank Sheeran, the same is true: his life of misdeeds will come back to haunt him, leaving him with potential guilt and loneliness, but also a desperation for the nostalgia of his youth.

In the final shot, the Steadicam is used to allow the audience to watch a frail, ageing Sheeran, while In The Still of the Night by the Five Satins plays in the background.

The man once holding all the cards is now sadly waiting for his end, desperate to remember his heydays while knowing that, for him, he is living out his perjury in a nursing home (Scorsese often features Catholic guilt as a theme within his movies.)

While this is a tragic end, in many ways, the three and a half hours preceding it is filled with drama, violence, highs and lows.

The Irishman is on Netflix now