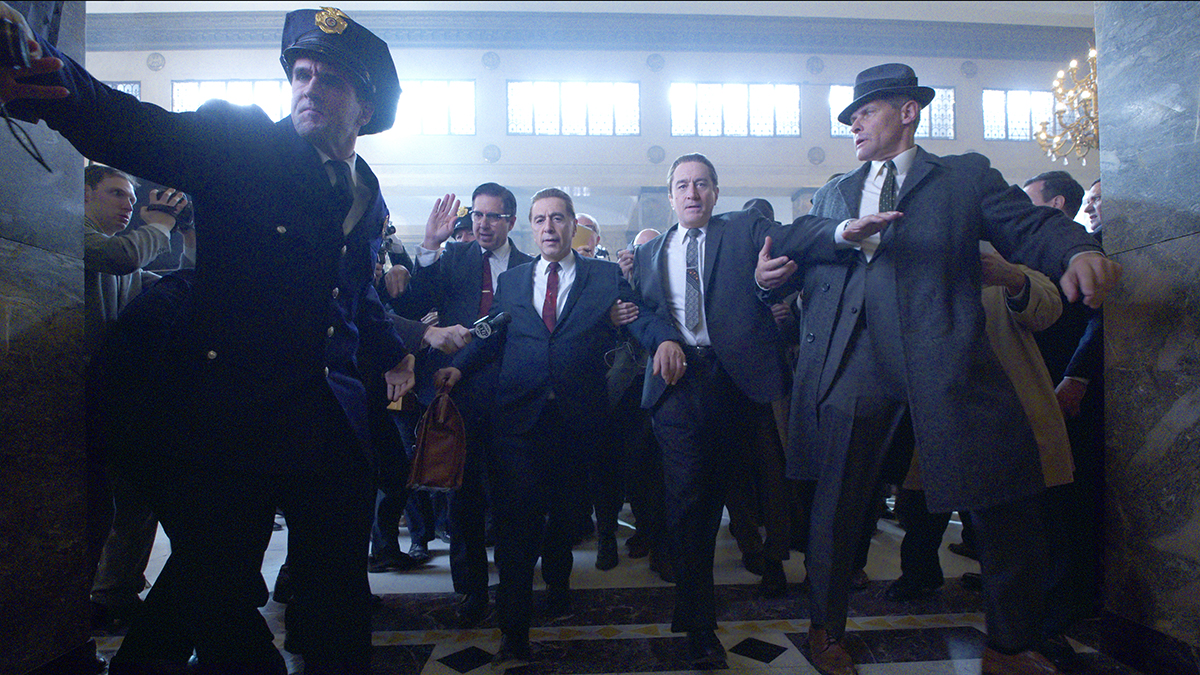 Now here’s a trailer to get excited about. Netflix has dropped the first full trailer for the gangster-movie reunion everyone has been waiting for – The Irishman.

Yep, Goodfellas dream-team Martin Scorsese, Robert De Niro and Joe Pesci are back together and returning to the murky world of onscreen organised crime. And even more exciting: this time, they’re bringing old pal Al Pacino – who has prestige gangster-movie heritage of his own thanks to his Oscar-nommed role in the Godfather trilogy – into the fold for his first-ever collaboration with the legendary director.

Based on the book I Heard You Paint Houses by Charles Brandt, the film is an epic tale of post-war mob shenanigans told through the eyes of titular ‘Irishman’ Frank Sheeran (De Niro) – a WW2 vet turned notorious hitman. Spanning decades, the film chronicles one of the greatest unsolved mysteries in US history – the disappearance of legendary union boss Jimmy Hoffa (Pacino) and, according to Netflix, “offers a monumental journey through the hidden corridors of organised crime: its inner workings, rivalries and connections to mainstream politics.” Sign us up.

You can feast your eyes on the full trailer below…

The Irishman is the ninth movie collaboration between Scorsese and De Niro – his pre-DiCaprio muse – and their first since 1995’s Casino. It’s a project that represents “unfinished business” between the director and star, according to De Niro himself, and it even managed to (eventually) coax Pesci out of his self-imposed retirement.

And as well as representing Scorsese’s first foray into made-for-streaming fictional filmmaking (his Bob Dylan doc Rolling Thunder Revue premiered on Netflix earlier this year), it’s also his most expensive movie ever – with the production budget reported to be around $200 million.

The Irishman will be closing this year’s BFI London Film Festival on 13th October. It’ll receive a limited theatrical release this autumn – likely so that it can qualify for Oscars consideration (much like Alfonso Cuarón’s Roma) – before heading to Netflix on 27th November.