The countdown to Britain leaving the EU 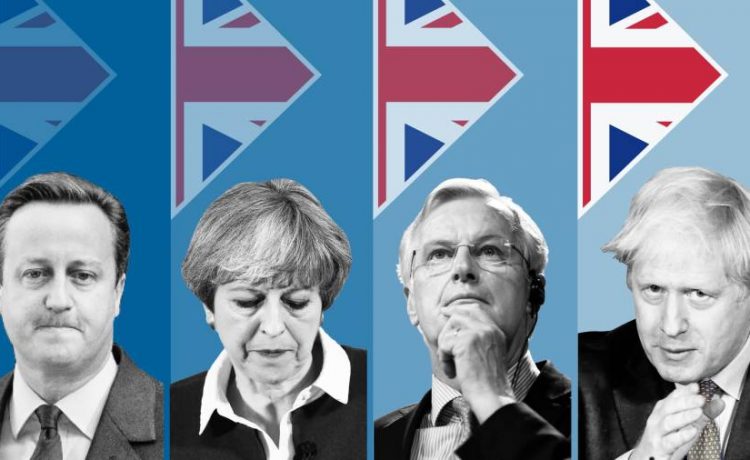 More than four years after the UK voted for Brexit, the terms of Britain’s future relationship with the EU are settled.

From January 1, the UK’s economic relationship with the EU will be governed by a tariff-free trade deal. The agreement also safeguards vital co-operation in areas such as the fight against terrorism and the handling of sensitive nuclear materials.

Here are the key dates, moments and turning points in the Brexit saga:

23 June 2016: UK votes to leave the EU
British voters make the historic decision to leave the EU in a tightly fought referendum. Leave wins by 52 per cent, against 48 per cent for Remain.

29 March 2017: Article 50 is triggered
The UK becomes the first country to formally trigger Article 50 of the Lisbon treaty, starting the clock on a two-year EU divorce process.

14 November 2018: Withdrawal Agreement concluded
UK and EU negotiators conclude a draft Withdrawal Agreement that spans over 500 pages and lays out the terms of Britain’s exit. The deal includes a “backstop” provision for the Irish border that ensures the free circulation of goods across the island of Ireland, with the intention that it will be used if no other solution can be found before the end of the UK’s post-Brexit transition period.

January to March 2019: UK parliament fails to ratify Withdrawal Agreement
Mrs May’s draft Brexit deal repeatedly fails to win a majority in the House of Commons and the UK is given a short extension as the original Brexit date of March 29 is missed.

11 April 2019: UK granted extension
EU leaders agree to give the UK a longer, six-month extension to its EU membership given the impasse in the British parliament over ratification. Brexit day is now set for October 31.

24 May 2019: Theresa May resigns
After multiple failed attempts to win support for the Withdrawal Agreement, Mrs May announces she will step down as prime minister and leader of the ruling Conservative party.

28 October 2019: Brexit delayed again
The EU gives Britain a further Brexit extension until January 31, 2020 as parliament sets a date for a general election on December 12. Following Mr Johnson’s election victory, the reworked Withdrawal Agreement is passed by the Tories’ strengthened majority in parliament in January 2020.

1 February 2020: Britain leaves the European Union
Brexit finally happens. But economic ties remain as before due to a transition period, which runs till December 31, agreed as part of the Withdrawal Agreement.

2 March 2020: Future relationship talks begin in Brussels
A 100-strong UK negotiating team begins talks with EU counterparts in Brussels, with the two sides up against the end-of-year deadline to strike a deal on the future relationship before the transition period expires.

15 April 2020: Barnier and Frost speak
Mr Barnier and his UK counterpart David Frost hold a video-meeting and agree on the need to revive the negotiations, initially in a virtual format. Virtual rounds are held in April, May and June.

1 July 2020: Extension deadline expires
The legal deadline passes for Britain to request an extension to its transition period, confirming that the UK will leave the EU single market and customs union with or without a deal on January 1, 2021.

10 September 2020: Dispute over the divorce treaty
Negotiations are buffeted by the UK government’s announcement that it plans to break international law and override the Northern Ireland protocol agreed as part of its divorce deal. The internal market bill is published on September 9 and an emergency EU-UK meeting is held on September 10.

16 October 2020: Johnson halts talks
After the July talks fail to overcome key sticking points, negotiators struggle to regain momentum. Angered by an EU summit statement calling on the UK to make “necessary moves” towards an agreement, Mr Johnson halts negotiations and tells Britain to prepare for a no-deal outcome.

21 October 2020: Talks get back on track
Mr Barnier and Lord Frost settle the terms for a resumption of talks, with negotiators planning to meet almost every day and joint work on legal text. Difficult sticking points remain on “level playing field” conditions to ensure fair competition, on fisheries and on governance arrangements for the agreement.

4 December 2020: Leaders get involved
Mr Barnier and Lord Frost call a halt to intensive talks in London saying they can get no further without political guidance from the highest level. Ms von der Leyen and Mr Johnson speak the following day, and decide a further attempt should be made.

9 December 2020: Dinner in Brussels
Mr Johnson and Ms von der Leyen meet for a dinner of scallops and turbot in Brussels but cannot overcome entrenched disagreements over fair competition rules for business. The following day Mr Johnson tells the British people that there is “a strong possibility” talks will fail.

11 December 2020: Both sides on the brink
Ms von der Leyen tells an EU summit that there is a “higher probability” of failure than success. Mr Johnson warns separately that it is “very, very likely” there will be a no-deal outcome. Negotiations continue in the meantime.

13 December 2020: Back from the brink
Ms von der Leyen and Mr Johnson confirm in a phone call that enough progress has been made for talks to continue as they vow to “go the extra mile”. Mr Barnier tells ambassadors the following day that an impasse had been overcome over EU demands for a “mechanism” to protect companies from unfair competition.

23 December 2020: Closing in on a deal
Having taken direct control over the talks at the start of the week, Mr Johnson and Ms von der Leyen negotiate a breakthrough on fisheries, paving the way for a deal.

24 December 2020: Done deal
The deal is finally agreed after both sides spent all night haggling over quotas for different types of fish the EU fleet could catch in British waters.