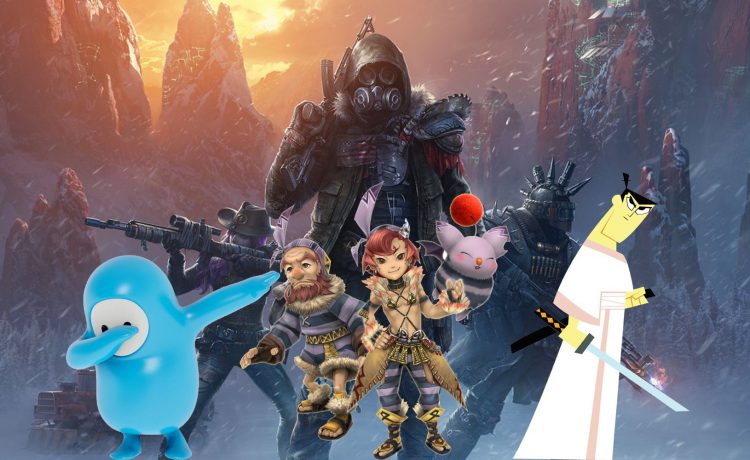 When compared to the last few months of video game releases, August may look relatively sparse and disappointing at first glance. There aren’t any heavy-hitting AAA titles like The Last of Us Part II or Ghost of Tsushima, nor are there any high-profile console exclusives or third-party games that can hog the spotlight.

But that doesn’t mean August is completely devoid of games worth playing, as there are a handful of genuinely exciting titles that will have a chance to shine without the shadow of any single game taking over the entire month. Here’s everything worth playing in August to hold you over until the busy holiday season begins.

Releasing August 4 for PC and PlayStation 4

The battle royale genre has exploded in popularity over the course of the last few years due to the successes of games like Fortnite and PlayerUnknown’s Battlegrounds, yet many of the more recent takes on this last-man-standing multiplayer concept have stuck to the same basic formula and aesthetic while only iterating when necessary to set themselves apart from the competition. Enter Fall Guys: Ultimate Knockout, a wacky and chaotic take on the battle royale developed by Mediatonic and published by Devolver Digital.

Fall Guys: Ultimate Knockout forgoes the traditional loot-and-shoot aspects of your standard battle royale for a mini-game-based competition inspired by obstacle racing tv shows like Takeshi’s Castle and Wipeout. Each game begins with 100 players thrust into an arena and forced to jump, push and dodge their way through various obstacles and objectives in order to reach the finish line and qualify for the next round before all the spots are taken. It looks like a hilariously good time, and PlayStation Plus members will get it for free when the game launches on August 4.

Releasing August 11 for PC, PlayStation 4, Xbox One and Nintendo Switch

Risk of Rain 2 is the sequel to the classic multiplayer rogue-like shooter Risk of Rain that ditches the first game’s 2D design for a fully-immersive and procedurally-generated 3D world that up to four players can tackle together online. Originally released in early access in 2019, the game has now received a year’s worth of polish, additional content and community feedback in anticipation of its full retail release on August 11.

As in the first game, Risk of Rain 2 puts players in the shoes of one of the surviving crew members of a crashed spaceship stranded on an alien world. Every run features new, randomly generated biomes to explore, monsters and bosses to defeat, and items to collect as you work together by yourself or with teammates to survive as long as possible on the hostile planet. And as with other rogue-likes, the items and characters you unlock in each run carry over to the next, creating a satisfying gameplay loop that helps you survive just a little bit longer each time.

After a fourteen-year hiatus in which the future of the franchise was in doubt, Microsoft’s flagship flight simulator series finally returns with the aptly-named Microsoft Flight Simulator 2020. Developed by Asobo Studio, the developer behind The Crew 2 and A Plague Tale: Innocence, Microsoft Flight Simulator looks to take advantage of cutting edge Azure cloud technology to deliver one of the most realistic depictions of Earth ever created in a video game.

Pulling topographical data from Bing Maps on the fly, Flight Simulator 2020 will be able to recreate things like cities, landmarks and terrain with a stunning amount of realism and detail. Things like water, grass and animals will be individually rendered to populate the game’s life-like world, which features over 2 million cities and a staggering 2 trillion trees. It’ll even feature dynamic weather and atmospheric conditions, so players can put their piloting skills to the test. For a series that’s always catered to a niche fanbase, Flight Simulator 2020 could be the first entry to achieve mainstream appeal based solely on how impressive the technology behind it is.

Releasing August 21 for PC, PlayStation 4, Xbox One and Nintendo Switch

Samurai Jack returns for his first video game outing in over a decade with the upcoming Samurai Jack: Battle Through Time. Serving as an alternate take on the series finale, Battle Through Time is a third-person hack-and-slash published by Adult Swim Games that features all of the original voice actors reprising their roles as the show’s beloved characters for one last adventure.

Related: Balan Wonderworld Is a Whimsical Callback to 1990s-Era Gaming

Players control Jack as he journeys across time and space, visiting classic worlds and key moments in the show’s history while also trying to prevent a dark future that hasn’t happened yet. To aid you in your journey, Jack will be able to wield a host of different weapons and upgradable skills, allowing you to customize the game’s combat to your own preferred playstyle. Samurai Jack: Battle Through Time is shaping up to provide a heaping dose of nostalgia for fans of the show while allowing them to relive some of the greatest moments in the series from a new perspective.

Releasing August 25 for PlayStation 4 and Xbox One

Like death, taxes and the sunrise each morning, one thing that can be guaranteed in life is that a new Madden title will be released each and every August without fail. And lo and behold, even a pandemic that’s caused delays for dozens of high-profile video games couldn’t stop EA’s annual football simulator from arriving right on schedule at a time when fans are more desperate than ever for something reminiscent of normalcy.

And while the actual NFL season’s kickoff is still up in the air, Madden NFL ’21‘s release continues marching forward with several new features and gameplay mechanics aimed at making it the most authentic football simulator yet. Face of the Franchise finally makes its return, bringing the popular solo career mode back and putting players in the cleats of a high school player destined for the Hall of Fame. The game also introduces over 50 new Superstar and X-Factor abilities as well as a precision-focused Skill Stick, making each player feel unique while granting more control over offense and defense than ever before.

Related: Xbox Games Showcase: The 4 Biggest Takeaways from the Presentation

Released for the GameCube all the way back in 2003, the original Final Fantasy Crystal Chronicles became a cult classic for its unique gameplay elements and fairytale aesthetics, along with the fact that it was the only Final Fantasy game released for Nintendo’s quirky box-shaped console. And although this sub-series received several follow-ups in the following years, none were able to reach the same popularity that the original GameCube release did.

Fast-forward to 2020, where fans of the Crystal Chronicles series are finally getting a remastered version of that classic game. Featuring improved graphics, additional content, voice acting and online multiplayer, Final Fantasy Crystal Chronicles Remastered Edition looks to faithfully recreate the original experience while improving it in nearly every aspect. Gone are the days of needing four GameBoy Advances and their accompanying link cables in order to play four-player co-op. Now, you can play online across all platforms and enjoy a beautiful re-imagining of this classic RPG adventure.

Releasing August 28 for PC, PlayStation 4 and Xbox One

The follow-up to 2014’s critically acclaimed Wasteland 2, inXile Entertainment’s Wasteland 3 began as a crowdfunded project before Microsoft Game Studios purchased the developer and provided its full support to the game’s production. With a budget three times that of the previous game in the series, Wasteland 3 is an ambitious post-apocalyptic take on the turn-based tactical RPG genre.

Featuring a reactive and decision-driven story, Wasteland 3 is set in the snow-covered remains of post-apocalyptic Colorado and follows a group of Desert Rangers as they make their way across the frozen wasteland in a desperate attempt to liberate the state from the warring factions tearing it apart. Played from an isometric point of view, the game allows you to build a team of six rangers with their own unique perks and abilities and includes a customizable battle truck that you can use to plow your way through the battlefields of Colorado.

The turn-based tactical combat and customizable squads look interesting enough, but it’s the reactive storytelling that really sets Wasteland 3 apart. Every decision you make changes the way the people of Colorado view your squad of rangers, and combined with the game’s dynamic dialogue system makes for an immersive and engaging post-apocalyptic RPG experience.

KEEP READING: Fable: How the New Game Could Save the Fallen RPG Series

Rule of Rose: The Extremely Expensive PS2 Game is NOT Worth the Controversy

Odel Rawda is a writer, video editor, and gamer living in Syracuse, New York. He graduated from Hofstra University in 2011 with a B.A. in Film Studies and Creative Writing, and has been producing video game and entertainment-based content as a freelancer ever since. Odel has also worked on-set for several professional film and television productions as a camera operator, production assistant, and location scout; now, he plays video games and writes about them for CBR. When he’s not doing that you can find him binge-watching anime, catching up on the latest manga, or traveling the world with his camera.

READ  How Do Bullets Work In Games? - GameSpot
Share on FacebookShare on TwitterShare on PinterestShare on Reddit
newsgrooveJuly 29, 2020