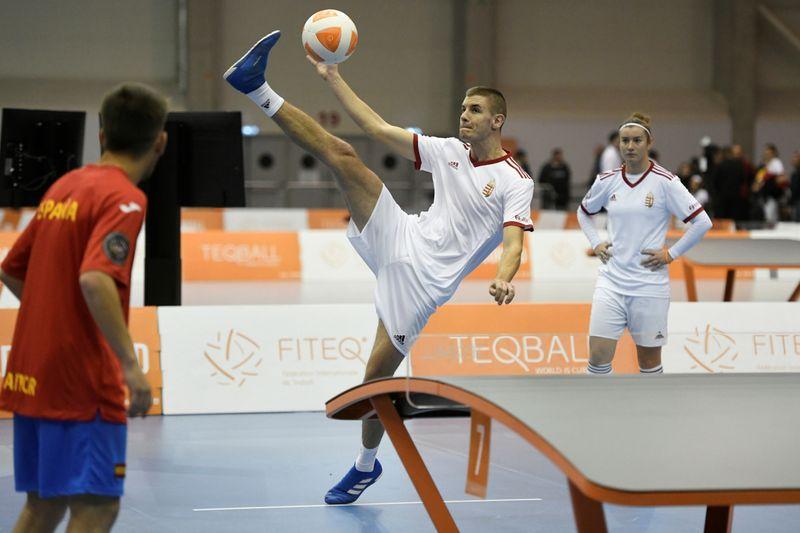 Adam Blazsovics easily won the singles title and teamed up with Csaba Banyik to take home the doubles gold in Budapest.

Hungary’s dominance comes as little surprise as the country invented the sport, which had its first tournament five years ago and its third world championships this year.

The competition drew an enthusiastic crowd of about 2,000 to a side hall attached to second division soccer club Vasas.

Blazsovics beat Poland’s Adrian Duszak in two straight sets for the singles gold, while he and Banyik also needed only two sets to defeat Montenegro in the doubles.

“We have trained very hard for this, practising four times a week for singles, doubles and mixed doubles as well,” Blazsovics told Reuters. “We give it our all, including the technical skills that we all bring from football to teqball.”

Hungary did not complete a clean sweep, however, as Brazil won the mixed doubles in the first staging of the mixed gender event. The singles and doubles are open to athletes of any gender.

“This is not my first sport… I do not practise at all,” Guitler told Reuters. “I am really glad to win this game and be the first woman to win a (teqball) championship in the world. It is my mission to have more women playing football.”

Premiership: Any club unable to play because of Covid-19 could be given 20-0 defeat