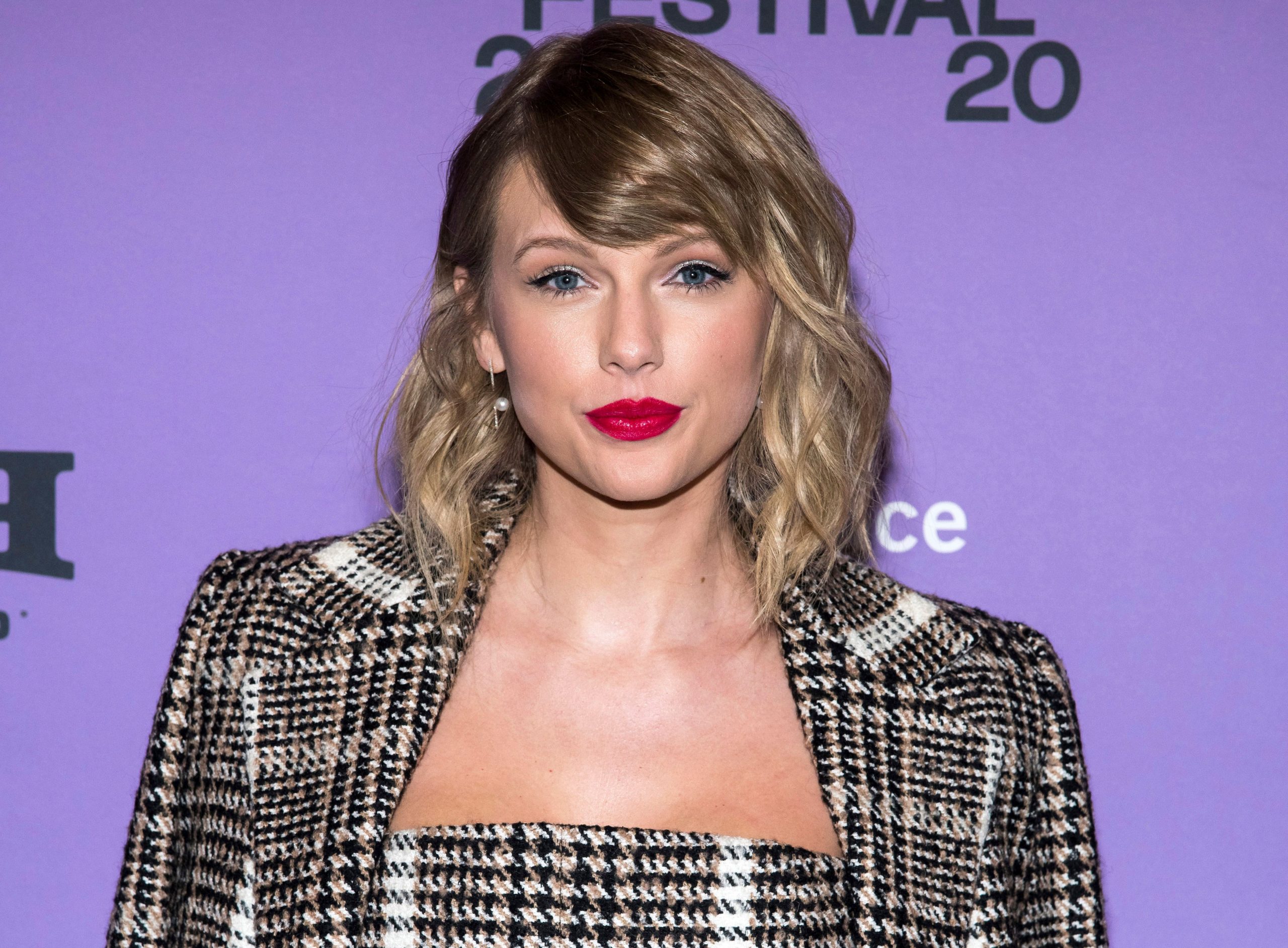 Taylor Swift took to Instagram Stories on Sunday to ask fans to stay home amid fears that congregating will exacerbate the spread of the coronavirus.

“I love you so much and need to express my concern that things aren’t being taken seriously enough right now,” she wrote. “I’m seeing lots of get-togethers and hangs and parties still happening. This is the time to cancel plans, actually truly isolate as much as you can and don’t assume that because you don’t feel sick that you aren’t possibly passing something on to someone elderly or vulnerable to this.

“It’s a really scary time, but we need to make sacrifices right now,” she added. 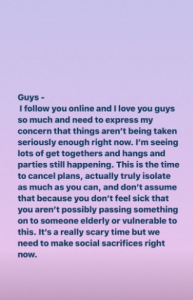 The superstar echoed the “Stay the Fuck Home” sentiment first coined by German software engineer Florian Reifschneider, who created staythefuckhome.com to amplify the message. According to Mashable, the hashtag #staythefuckhome trended on Twitter for much of Sunday morning.

Swift joins Ariana Grande in urging fans to self-isolate. Earlier in the day, Grande fired off a series of tweets driving the message home: “It is incredibly dangerous and selfish to take this situation that lightly,” she wrote. “I keep hearing from a surprising amount of people statements like ‘this isn’t a big deal’/’we’ll be fine’… ‘we still have to go about our lives’ and it’s really blowing my mind.”

Swift and Grande’s social posts followed a weekend of social media activity that showed people crowding to bars, restaurants and St. Patrick’s Day festivities despite the spread of COVID-19 across the U.S. According to the New York Times, as of Sunday morning at least 2,815 people in 49 states tested positive for the virus; 59 have died.

Over the last week, nearly every event, tour and festival has been canceled in an effort to contain the coronavirus. President Donald Trump declared a state of emergency late last week. Although citizens can still partake in activities such as walks and drives, experts strongly suggest people avoid crowds of any kind at this juncture. In short: Stay the fuck home.