Tame Impala scrambled to save album from wildfire 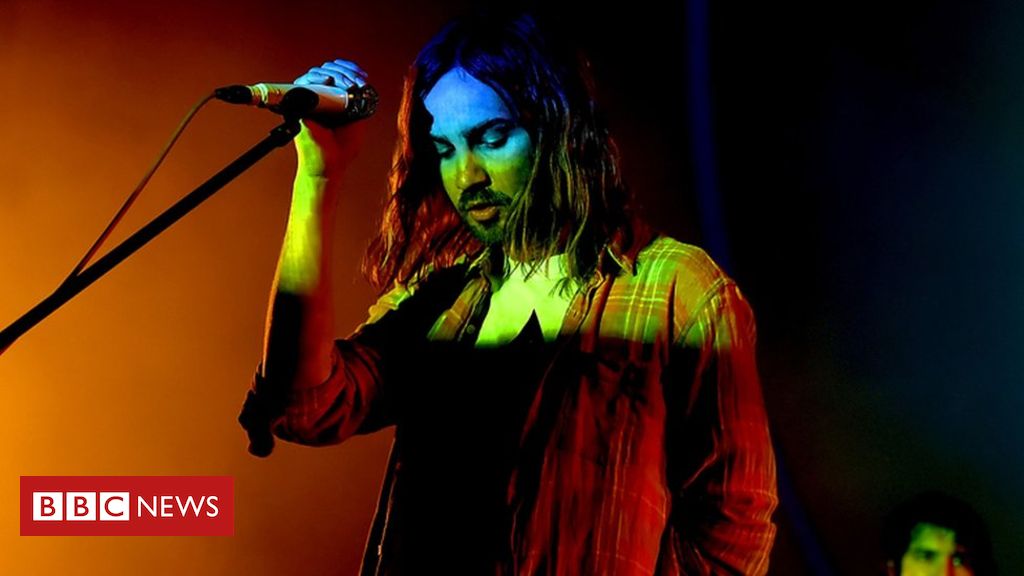 Kevin Parker “didn’t have time to be scared” while saving his new album recordings from burning in the California wildfires in November 2018.

The worst wildfire season ever recorded in the state led to the deaths of more than 80 people.

The Tame Impala frontman and songwriter was making part of his forthcoming record, The Slow Rush, in a rented apartment in Malibu.

“I didn’t know whether to be scared or not” he told BBC 6 Music.

“I like to do these trips that I just go on on my own… out of the city wherever for a few days just to to record and not think about anything else,” he explained to DJ Lauren Laverne.

“And one of them was in Malibu, and of course the bushfire came through”.

When Laverne suggested the situation must have been “really scary”, the 33-year-old Australian replied: “It was, I didn’t really have time to be scared, because I woke up in a daze,

“I just got out, got in my car and drove off – it was only when I was driving out the driveway that I [thought] ‘fire'”.

He added; “I grabbed my laptop, it’s funny because I didn’t actually think the place was going to burn down, I thought I’d be coming back in a couple of hours.

“I checked my phone and it said ‘evacuation Malibu’. I thought they were just evacuating the whole area . I literally thought I’d be going back in a few hours.”

Other music stars who lived locally – including Miley Cyrus, Neil Young and Robin Thicke – were affected by the fires, which were eventually contained.

However a year on, fresh fires have been sweeping through parts of California, with about 100,000 acres destroyed, and with thousands being forced from their homes.

Parker, who lives in Los Angeles, said he found the morning of the evacuation a little surreal, recalling how the night before it had been “apocalyptically windy”.

“[It was] almost like a joke – ‘your house is burning down, what do you grab?’

“So I just grabbed my Hofner bass guitar which I’ve had for years. It’s the only thing that was there that was sentimental – other than the music on my laptop – so I just grabbed both those things and headed out.”

At the time he posted a picture of the apartment he had stayed in on Instagram.

In between recording, psych-rockers Tame Impala headlined Glastonbury’s Other Stage opposite Stormzy last summer, and will top the bill at next summer’s All Points East festival in London.

The next one arrives on 14 February 2019 and the band’s mastermind said its title is an “oxymoron” or “paradox”, which he said better explains how he feels about the nature of time than the word time itself.

It arrives at a reflective period in his life, as evidenced in latest single, It Might Be Time.

“There are points in everyone’s life where you kind of just step back and look at was has been and what will be,” he declared.

“I kind of just write whatever is relevant to me, whatever moves me.

“I was kind of liking the way of writing lyrics this time, not just from my perspective but I imagine myself in a parallel universe sometimes.”

The star admitted he finds it more difficult to write when he’s happy or “content” and that songs ideas come up more readily in times of need.

“If I’m content with everything around me at that moment, your brain just doesn’t need to come up to be creative as much as when you’re uncomfortable, for some reason.

“I guess it’s kind of just a way of filling a void. It’s kind of psychological and a little analytical”.

READ  America Ferrera's Latest Ensemble Is Making Us Dream of Spring
Share on FacebookShare on TwitterShare on PinterestShare on Reddit
newsgrooveNovember 28, 2019