Piper Sandler predicts the videogame sector will thrive this year.

Both
Microsoft
(ticker: MSFT) and
Sony
(SNE) have announced their next-generation consoles will be released in late 2020. Historically, the start of videogame console cycles, which occur every five to eight years, are positive for game publisher stock returns.

“We see potential for EPS upside [for the December quarter] driven by Outer Worlds, Borderlands 3 and GTA Online,” he wrote. “Investors are likely eyeing a jump-start to Red Dead Online, but in the near-term, we look for strong continued monetization in GTA Online.”

The firm has a $124 price target for EA shares. The publisher will report its December-quarter results on Thursday. Shares were up 1.4%, at $112.16, in recent trading.

Olson said his analysis of EA titles’ performance on live streaming service Twitch showed a 48% quarter-on-quarter increase in the top 25 games for the December quarter, which likely bodes well for financial results.

READ  Old Video Games Worth Giving a Revisit - The Root

Piper Sandler has a $69 price target for Activision Blizzard shares. The company will report its earnings on Feb. 6. Shares were up 2.2%, at $59.60, in recent trading.

“We believe Activision is best positioned among its peers, potentially through the next two years, as the installed base of consoles ramps,” he wrote.

The analyst expects the publisher will benefit from better monetization from its Call of Duty: Modern Warfare game this year versus the prior Call of Duty: Black Ops title. Moreover, he cited the strong performance of Call of Duty Mobile smartphone game. 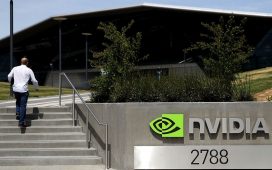