Students will be able to keep mock GCSE and A Level exam results if better than moderated grades, Gavin Williamson to announce 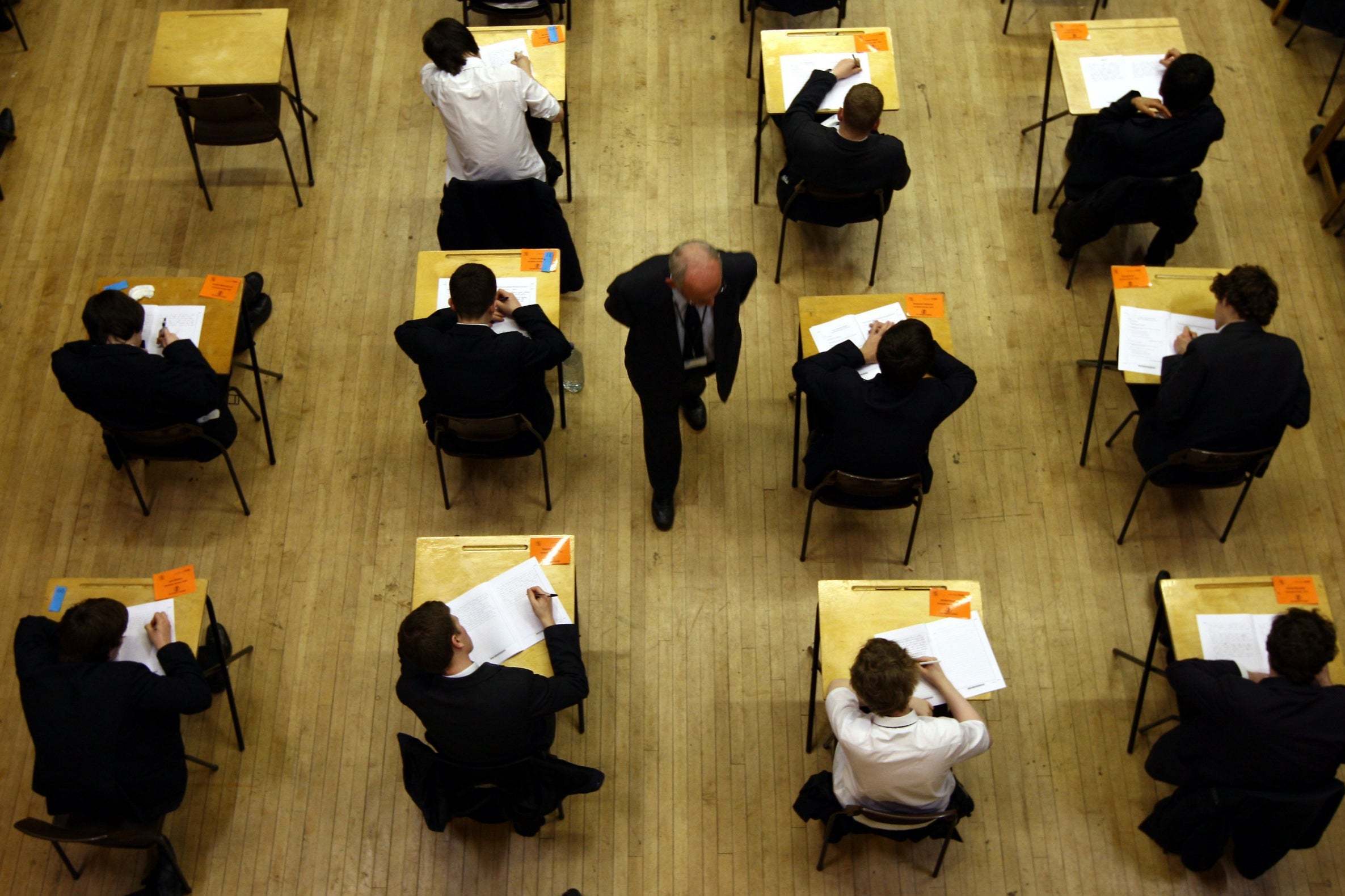 GCSE and A-level students will be able to keep mock exam results if they are higher than grades calculated by moderators, the Education Secretary will announce.

Results in mock tests – which were held before schools were forced to close amid the Covid-19 crisis – will carry the same weight as the calculated results to be awarded this month.

The move comes after unions called on the UK Government to follow Scotland’s lead in scrapping moderated grades after the downgrading of more than 124,000 results was reversed.

In a U-turn announced on Tuesday, Scotland’s Education Secretary John Swinney revealed that more than 124,000 downgraded results would revert to the grades estimated by pupils’ teachers.

It comes after this year’s summer exams were cancelled amid Covid-19. Teachers were told to submit the grades they thought each student would have received if they had sat the papers.

Exam boards have moderated these grades to ensure this year’s results – for students in England, Northern Ireland and Wales – are not significantly higher than previous years.

The exam regulator Ofqual had already said there would be a more lenient approach to grades this year.

But now Education Secretary Gavin Williamson is due to tell students awaiting their A-level results this week that they can keep their grades in mock exams if they are higher than the calculated grade.

Students will still be able to sit exams in the autumn if they are unhappy with the grades they secured in mock exams, or if they are dissatisfied with results awarded by exam boards on Thursday.

All three grades will hold the same value with universities, colleges and employers, the Department for Education (DfE) is expected to say.

Universities in England have also been told to keep places open for students if they appeal against A-level results.

Under to the new system, grades predicted by teachers are subject to statistical moderation which takes into account the school’s historic outcome, current students’ prior attainment and expected national distribution of grades.

Mr Williamson is also due to announce an additional £30 million in funding to help schools and colleges carry out the autumn exam series for students wishing to sit GCSE and A-level exams.

But the appeals process – where individual students in England are dependent on schools and colleges to appeal against results on their behalf – is expected to remain the same.

Mr Williamson said: “Every young person waiting for their results wants to know they have been treated fairly.

“By ensuring students have the safety net of their mock results, as well as the chance of sitting autumn exams, we are creating a triple lock process to ensure they can have the confidence to take the next step forward in work or education.”

Evidence will need to be presented to satisfy the exam board that the mock exam was genuine.

The announcement comes as Labour warned that Boris Johnson risked “robbing a generation of young people of their future” unless unfairness in the exams system was addressed.

Concerns were raised by Labour that A-level and GCSE results could be downgraded for thousands of pupils in England because of the replacement grading system introduced.

Labour leader Sir Keir Starmer said: “The SNP have been forced into a humiliating U-turn after a shambolic few days.

“With 24 hours before results are released, I would urge the Prime Minister to change course, or he risks robbing a generation of their future.”

In a statement Ofqual said: “Overall, grades will be slightly higher than in previous years, by around two percentage points at A-level grade A and above.

“We will publish equalities data for England, including analysis by socio-economic status, on results days.

“Our early analysis shows that students from all backgrounds – including more disadvantaged and black, ethnic minority and Asian communities – have not been disadvantaged by this year’s awarding process.”

With reporting from PA Media