Strictly Come Dancing 2019: Does this contestant have a secret weapon to win? 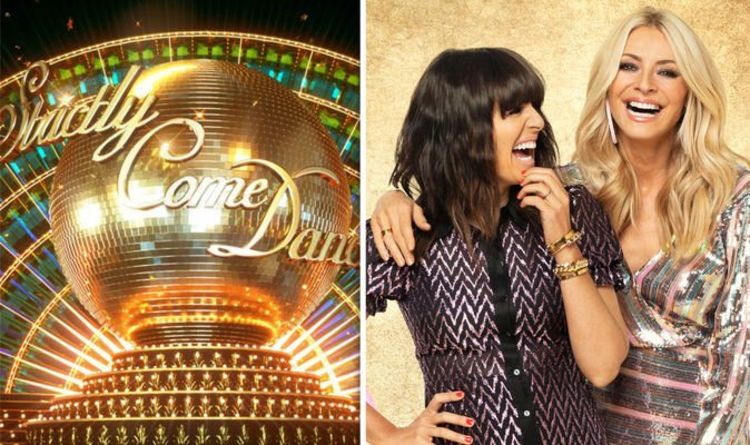 Strictly Come Dancing will be exploding back onto our screens in a plume of glitter and sequins in just under a fortnight. The BBC series will be launching on Saturday, September 7 with a special performance from Kylie Minogue. The Strictly launch show will see the celebrities taking to the dance floor for the first time before they’re coupled up with their professional dance partner.

Following on from the success of YouTube star Joe Sugg in 2018, who became the first social media star to perform on Strictly, this year producers have nabbed influencer Barker.

Sugg was partnered with professional Dianne Buswell and the pair made it to the final becoming runners-up after they were pipped to the post by Stacey Dooley and Kevin Clifton.

Sugg’s huge online following may have helped him during his time on Strictly Come Dancing.

Could Barker’s own social media fans help her to attain a similar level of success in this year’s competition?

The influencer has a YouTube channel as well as several home ranges with Primark.

At 19, Barker is the youngest member of this year’s line-up but she has a legion of online followers with over four million fans across her social media channels, which could put her in good stead.

While her YouTube channel averages 15 million viewers each month, again showing her online currency which could potentially translate into votes on Strictly.

READ MORE: Strictly Come Dancing: Why Craig will never sit next to Bruno

Express.co.uk spoke exclusively to Aaron Brooks, Co-Founder of influencer and content marketing platform Vamp about whether Barker had the secret weapon needed to be crowned the champion.

“It will be very interesting to see how this series develops and if influencers will continue to infiltrate mainstream media.

“I expect we will continue to see a surge in ratings, bolstered by a younger audience, as well as further engagement online throughout this year’s competition.”

Banks said that signing Sugg last year was a “huge risk” as it moved away from the more traditional types of celebrity contestant, particularly as the vlogger was unknown to most of the core Strictly fanbase.

He explained: “Joe packed quite a punch when it came to his online following with eight million YouTube subscribers and over five million followers on both Instagram and Twitter.

“His group of loyal fans were a secret weapon when it came to voting and getting him to the final, with some professional dancers stating that the social media influencer had an unfair advantage.”

Banks went on to say: “Throughout the series, Strictly topped the Saturday evening viewing figures, with the final attracting a peak of 12.7 million views.

“We can argue that with Joe’s legion of fans voting him to the Strictly final, his following of digital natives made the switch to prime time.

“Therefore, Strictly’s risk hugely paid off and demonstrated that online popularity can translate to the family favourite show.”

While viewers will have to wait and see how Barker performs on the show and how good her dance moves are, her popularity online is likely to be a factor in propelling her towards success and the highly-coveted Glitterball Trophy.

Strictly Come Dancing launches on BBC One on Saturday, September 7