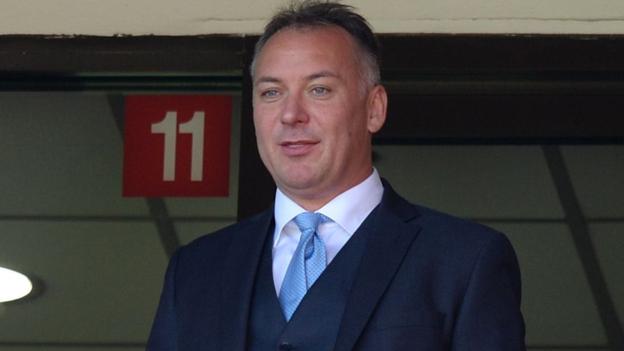 Donald bought the club from American Ellis Short in the summer of 2018 following the Black Cats’ relegation from the Championship.

They failed to win promotion back to the second tier last season, losing to Charlton in the play-off final through an injury-time goal.

This season Sunderland have struggled and are currently 13th in the table.

They have won eight and lost six of their 21 league games going into their New Year’s Day trip to Joey Barton’s Fleetwood.

Donald, who owned National League club Eastleigh before taking on the Wearsiders, has come in for criticism from a number of supporters’ groups after the team’s poor start to their second season in League One.

He sacked manager Jack Ross in October with the club sixth in the table in a bid to boost their promotion chances.

Phil Parkinson replaced Ross, but results have not improved under the former Bolton Wanderers manager, who has led the club to just three wins in 15 games.

“That mood has changed significantly enough for him to turn around and say ‘I made that promise when I took over the football club to leave when I outstayed my welcome and that moment is now’.”

Former Sunderland striker Marc Gabbiadini added: “It’s really difficult to put your finger on what percentage of the present fan base want the owner to get out of the club.

“They did steady the ship in a lot of ways, but we haven’t ended up any further forward than we were really.”